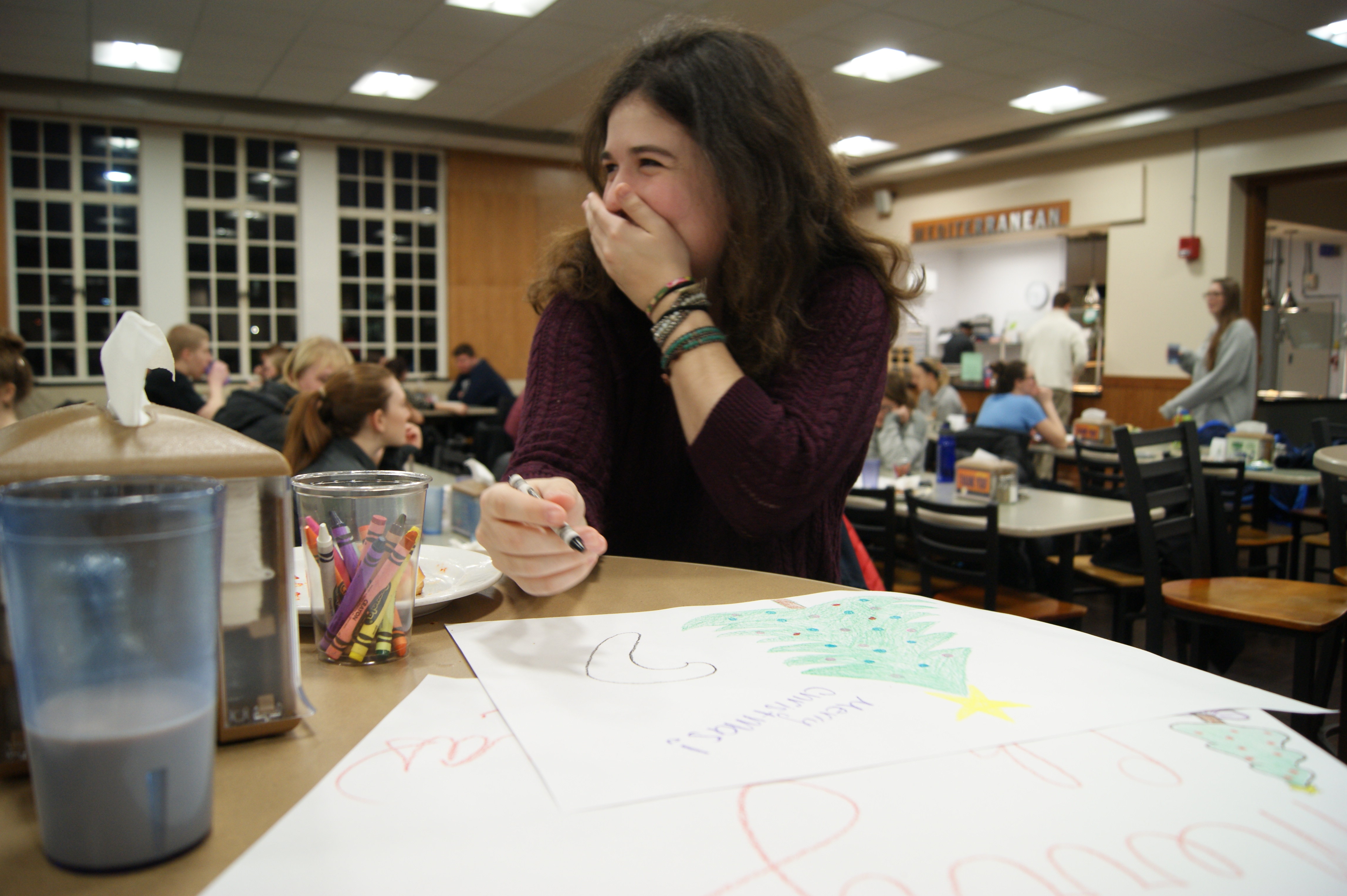 Finals week is a stressful time of year for many students.  At Butler University, anxiety is the most common concern seen by counseling services at the Health and Recreation Complex.

The first day of final examinations at Butler University is Dec. 15.  Material from almost four months of each student’s four to seven classes can be tested during this week.

Butler is not an anomaly.  Anxiety disorders are one of the most common mental health problems at colleges. About 40 million adults in the U.S. suffer from an anxiety disorder and about 75 percent experience their first anxiety episode by  22, according to the Anxiety and Depression Association of America.

“We used to have depression as our most common presenting concern until about two years ago,” director Keith Magnus said. “Then anxiety took over that top spot for Butler college students.”

Although the number of Butler students experiencing anxiety are comparable to other universities, Magnus said, the presence of highly competitive programs such as pharmacy, physician assistant and dance drive anxiety.

“I think that Butler as a whole attracts pretty competitive, high-achieving kinds of students,” he said. “Probably a little bit more so than your Ball State (University) or (Indiana University – Purdue University Indianapolis) or that kind of thing.”

Butler counseling services is busiest between the end of September to the start of finals.

“We are really busy and are having a hard time getting people in,” Magnus said. “We have 13 people on staff, so we are busier than ever, numbers-wise.”

Last year, counseling services saw about 430 students, which represented about 10 percent of campus. Counseling services is ahead this year, Magnus said, having already seen more students at this point of the year than last year.

In terms of students seeking counseling services for mental health, the numbers are even across the different colleges.

However, Magnus said it often seems there are more pharmacy and physician-assistant students.

“The thing about the pharmacy and PA students that kind of sticks out is that their presenting concern is probably more frequently linked to their major,” he said.

Pharmacy students had their last set of clustered exams from Dec. 3 through Dec. 5.

Sophomore Courtney Cox is preparing for her upcoming finals after she finished clusters last week. She said she gets stressed at times, but the rigor of her major has caused her to get used to it.

“I think that clusters have prepared me so I am kind of used to the stressful testing now,” Cox said. “But I don’t feel like I get as stressed like I did in the beginning of the year.”

Senior Catherine Eifrig said she thinks seniors experience added stress and anxiety.  Seniors have the pressure of searching for jobs  in addition to finishing coursework, participating in extracurricular activities and completing internships.

“It is definitely stressful,” Eifrig said. “I feel more so for seniors, because we just have that added pressure of a huge deadline weighing over our heads.”

To cope with the stress of final exams and the anxiety about school, Magnus recommended that students remember to take care of themselves.  Getting enough sleep, exercising and eating right can help with stress.

Magnus said taking study breaks can also help with coping with stress, and students should not feel they have to study every minute of the day.

“It can make a big difference to take a little bit of a break,” Magnus said. “I think, in the long run, they find that break makes them more efficient. They actually save time.”

Butler’s Peers Advocating Wellness for Students and the Office for Health Education and Outreach Programs is hosting Stress Less Week to help students cope with the stress of final examinations and provide study breaks.