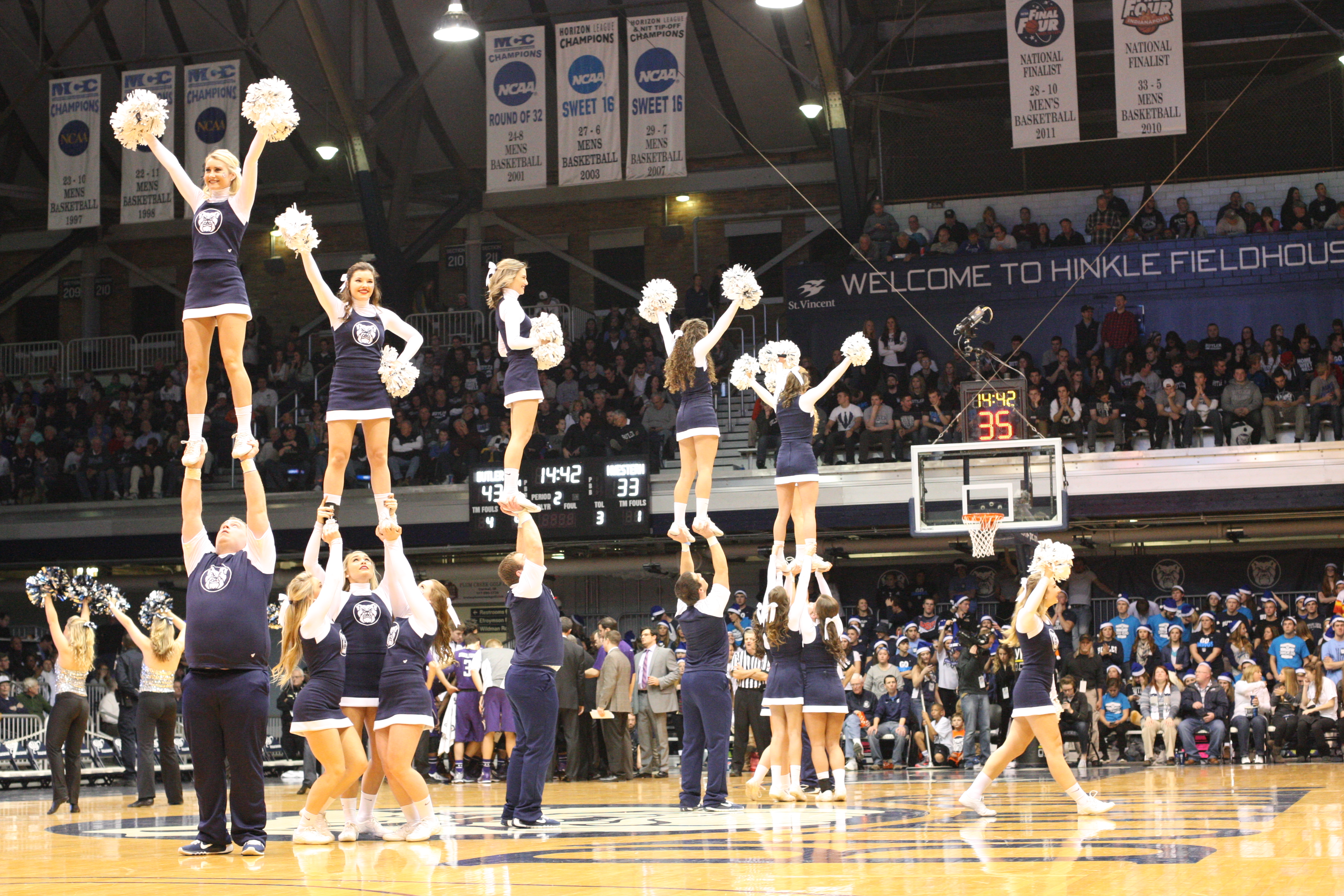 While most students are finishing up homework and getting ready to sleep, senior Alex Johnson is getting ready for cheer practice.

“We do not receive preferential scheduling to ensure availability for practices, workouts, etc.,” she said. “In order to accommodate that, we practice from 8:30-11 p.m. twice a week because it is the only we way we are sure to have everyone available.”

While practices and working out on your own can be tiring, she said there are plenty of benefits.

“It is also very rewarding and exciting to be a representative for the university,” she said.

Cheerleaders commit about the same amount of time as other athletes on campus.

“Cheerleading take a different type of time commitment than other Butler sports,” senior cheerleader Kaylen Iberg said. “We don’t practice as regularly as other sports, but we do a lot of work on our own to keep up our skills and get new ones.”

Butler cheerleaders have a lot on their plate. There is only one cheerleading squad, and it represents all sports at Butler.

“We select the squad in the spring and incoming freshmen are welcome to try out and then they’ll have a few open gym optional practices in the summer, we do camp in August and then the season goes until April of the next year.”

Cheerleaders differ from the dance team in that close to half of the squad is made of men.

Senior Jeff Petty has been cheering for the Bulldogs for two years now and was the mascot before he began his cheering career.

He says his favorite part about being on the team is “being able to have front row seats to every basketball game.”

Iberg said she finds the most enjoyment out of the adrenaline she feels on the court.

“There’s absolutely nothing like the rush of the crowd cheering during the Butler starting line ups at men’s basketball games,” she said.