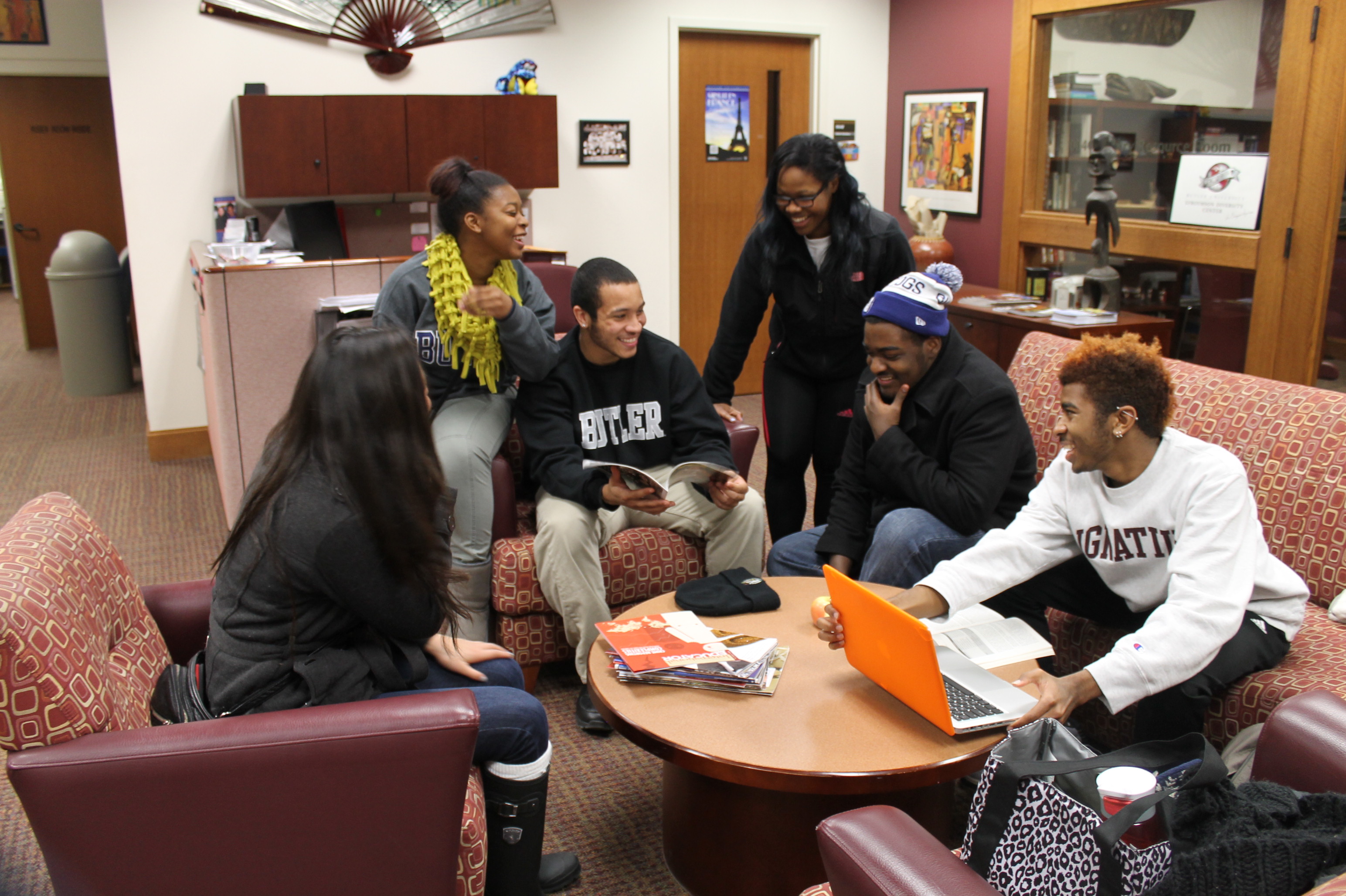 The Efroymson Diversity Center, home to seven student organizations, is located on the lower level of Atherton Union.

The center provides space for these organizations to hold meetings and events.

The mission of the Diversity Center is to create awareness and appreciation for the diverse cultures on Butler’s campus, according to the Butler University website.

The Diversity Center is a space open to all students at Butler University. The center offers advising to students and student organizations. It also offers several resources, including a small library, immigration workshops, monitoring academic retention and, most simply, the space itself.

Several activities and meetings are held in the center every week.

Junior Miranda Flores said the Diversity Center should be seen as a place of comfort.

“I think the DC is a home for whoever wants to make it their home,” she said.

Valerie Davidson, director of diversity programs, said there is a lot of misconception about diversity and the Diversity Center.

“We are all diverse as human beings,” Davidson said. “Skin tone isn’t the only dimension of diversity. We are all different but we also all have commonalities. The DC is the hub of diversity, a place for students to learn and socialize.”

Junior Hana Goodman said the Diversity Center is a great asset to Butler.

“Diversity is for everyone and everyone is welcome at the Diversity Center,” Goodman said. “It is probably the place I feel safest on campus. I can completely be myself there.”

Davidson said attendance and participation in events are increasing.

“We are ecstatic about all of the participation,” she said. “There are more students using the center, and the view of the center and of diversity are changing. More students are coming in and it is a great thing.”

The DC’s doors first opened on Dec. 6, 2006. A grant from Lori Efroymson-Aguilera and the Efroymson Fund of Central Indiana Community Foundation fund the Diversity Center.

In 1986 the Black Student Union was the only student-diversity organization recognized on Butler’s campus.

Prior to housing the Diversity Center, the lower level of Atherton Union held Butler’s fitness center. During this time, there was a multicultural resource center on the third floor of Atherton Union which offered a gathering space for five student diversity organizations.

When the Diversity Center moved to its current home, Atherton 004, the diversity programs staff was a part of designing the physical center as well as the mission and goals of the center.

Asian Culture Enthusiasts is an organization that promotes awareness of Asian culture.

The group holds meetings and events in the Diversity Center, such as the Asian dance party.

Flores, a member of ACE, said the organization is open for all people who love Asian culture.

“Some members have a direct link to Asian culture, and others just enjoy aspects of it,” Flores said. “I think it is seen as a niche group, but we would really like to be home to all people who are interested.”

The Black Student Union helps African-American students “preserve, advance and promote the social and intellectual aspects of African-American culture,” according the Butler website. BSU is open to all students.

The organization holds several events, such as movie screenings and meetings, in the Diversity Center.

Alliance is an organization that promotes awareness and understanding about the gay, lesbian, bisexual and transgender community, both at Butler and globally.

The student organization hosts several events such as pride party in the Diversity Center.

Demia is Butler’s feminist and social justice student organization. It is named after Demia Butler, the daughter of Butler’s founder Ovid Butler.

The student organization was founded in 1991.

Demia’s purpose is to “create, maintain and actively promote a community gender equality,” according to the group’s page on Butler’s website.

The organization uses the Diversity Center for meetings and different events such as the play “The Vagina Monologues.”

Goodman, a Demia member, said the organization is multifaceted.

“We are all about women’s rights, feminism and political activism,” Goodman said. “But we talk about news, issues, and we have tons of cool events. It is a really relaxed group, but we are also really effective.”

The organization holds several events, such as the annual international dinner, game nights and luncheons in the center.

Latinos Unidos is a student organization that works to create “awareness of Latino culture through student involvement within social, educational, political and community outreach,” according to the group’s page on Butler’s website.

Voices of Deliverance Gospel Choir was founded as a student organization in 1995.

The organization is interdenominational and open to students and alumni with or without musical experience, according to the Butler website.