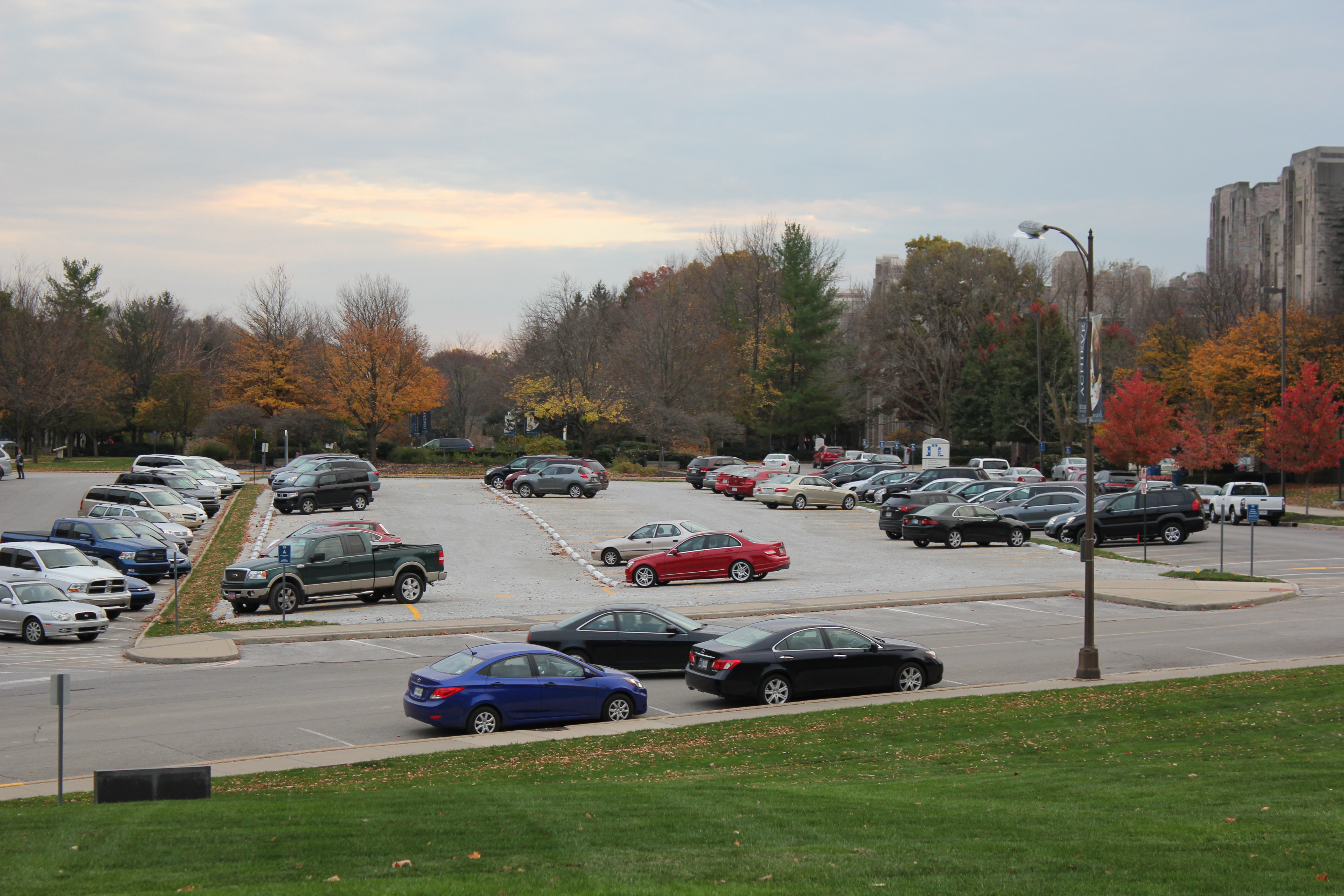 Freshman Kim Cripe commutes to school each morning. Due to the cost of the parking pass, she never bought one. Instead, she parks in the surrounding neighborhood in front of her friend’s house and walks to class.

“Butler has lots of events: parents’ day, basketball, football, recruiting events, etcetera.” Cripe said. “Whenever anything like that happens, I have to park pretty far away from the school. It sometimes makes me late to class, but I have to do it.”

Although she does not park on campus, the overflow of cars from students and visitors line the streets of the surrounding neighborhood.

The city of Indianapolis voiced the same concern over a year ago when Butler announced the desire to expand and create new student housing. The neighborhood associations said Butler must add more parking when neighborhood residents complained about Butler students and visitors parking in front of their houses.

A $23 million, five-story parking garage being built between Hinkle Fieldhouse and Clowes Memorial Hall will be completed in August 2015.

Due to construction projects around campus, students find a lack of parking on campus.

Ben Hunter, chief of staff and chief of Butler police, sent an email to students on Oct. 23 addressing the issue.

A temporary parking lot with 80 available spots was created over fall break between Lilly Hall and the Pharmacy and Health Sciences Building, according to the email.

“It doesn’t look very good,” Cripe said, “But at least people can park.”

The once green area will be restored once the new parking facility is completed.

In short term, the campus construction is a burden, Cripe said.

“I can hear it from most of my classes and it is actually very distracting from class,” she said. “It is very frustrating to deal with and it definitely takes away from the beauty of that part of campus.”

The garage will include more than 1,000 parking spaces for faculty, staff and commuters.

“The parking garage is alright I guess.” Cripe said. “I just hope that they’re going to make it be really big. It seems like Butler doesn’t have much more space to grow bigger and house more people.”

Andrew Ryan, assistant chief of police for the Butler University Police Department, said the current model they have in place would still make commuter students register their vehicles as normal.

“Because we are losing a lot of the A and C parking spots, the parking facility will be their new parking lot,” Ryan said. “Nothing will change other than the places they park their cars.”

After business hours and during special events, parking will be offered on a pay per use system. Students, faculty and staff can only use the parking passes during business hours, which still needs to be determined.

In addition, the first floor facing Sunset Avenue, approximately 15,000 square feet, will be leased out for retail.

“It is not just a parking structure,” Ryan said. “The possibilities are endless. It will add a nice corner to campus. It is between two major areas on campus—Hinkle and the remainder of campus. Obviously, it will aesthetically look nice.”