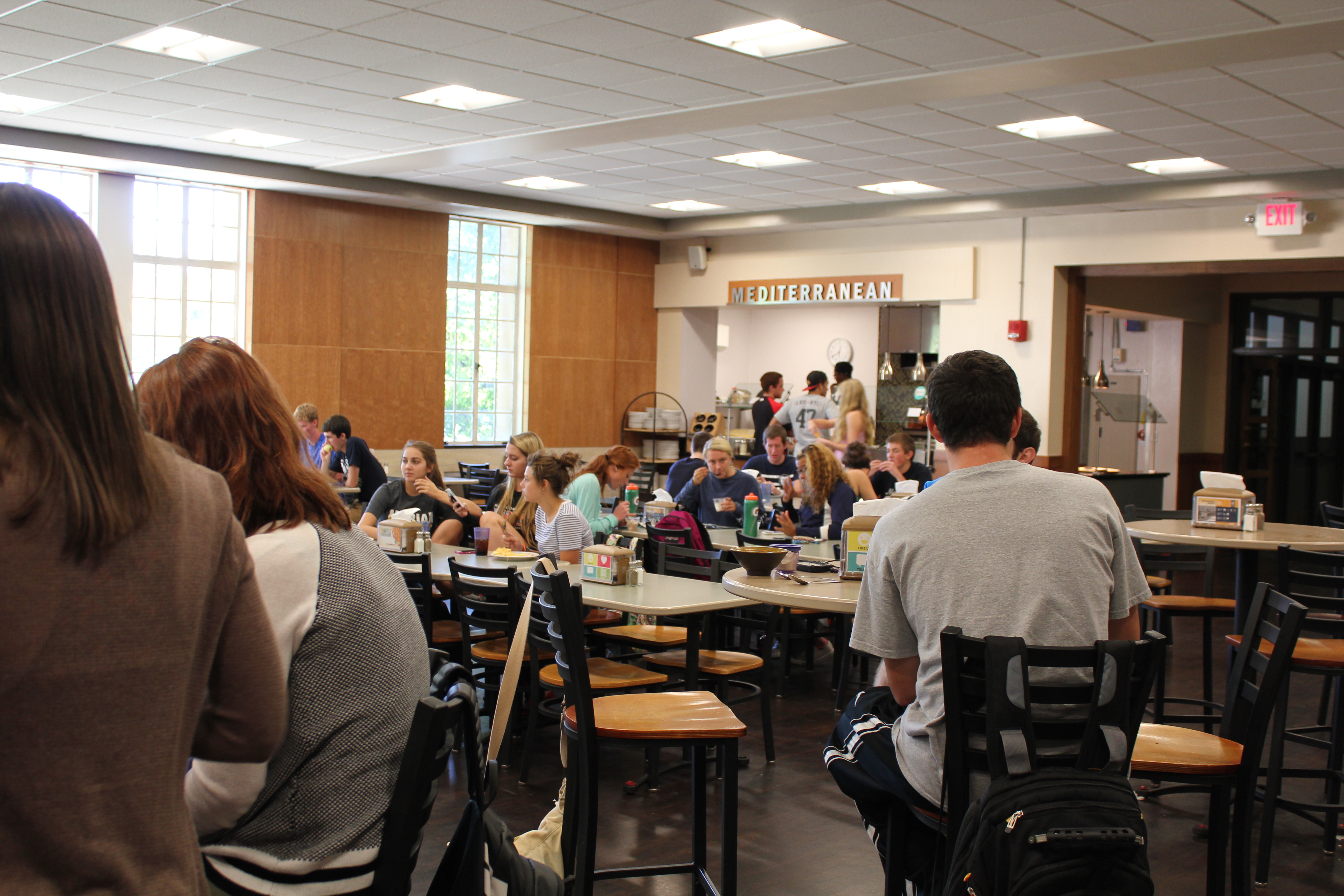 Butler University dining will serve up some changes next semester.

Meal variety in the Marketplace at Atherton Union and Residential College was the most common student concern voiced at the meeting.

“There is actually more variety in the desserts than the meals, which I think is weird,” said freshman Maria Szeszol, who attended the meeting. “Lately, I’ve been so tired of Atherton and ResCo food that I just eat mac and cheese in my bedroom.”

“It started out good, but now it kind of sucks,” he said. “It is really repetitive.”

Haugh said the lack of variety is due to the small number of dining halls located on campus.

“You guys eat at the same place 21 times a week,” Haugh said at the meeting. “If you go to the same restaurant, you are going to get very tired of it.”

One student said he or she would like to see more options at the Atherton grill, but Haugh said that the reason the grill stays similar each day is because of student feedback.

Szeszol said she noticed not everything is always properly labeled in the grill and hearty stations in Atherton.

“My friends and I won’t even get something because we don’t know what it is,” she said.

Malone suggested students talk with a cook if they would like more information on a specific food, but he acknowledged the labeling issue.

“If there’s not a label, it is inexcusable,” he said. “We are working really hard to make that a better system.”

Following the discussion on food variety, another suggestion was to provide more healthy options during meal service.

“I feel like it is hard to eat healthy on campus,” said Szeszole.

Malone said the reason only a limited amount of healthy options are offered is because he tries to please a wide array of students.

“We have to appeal to everyone, not just the few people that are wanting to eat healthy,” Malone said.

Vegan and vegetarian options were also brought up during the meeting. Malone said there should be veggie burgers available to order in the deli line.

However, one student told Malone that, from the time of the last meeting, she hadn’t been able to order a veggie burger.

“I really like the workers because they are really friendly and outgoing,” said Szeszole.

Another student agreed and said she specifically liked  Nicole Beckham or Miss Nikki, who works at the Atherton deli because she really gets to know the students.

On the other hand, concerns were expressed about the wait time in the deli line.

“That’s the give and take of  Miss Nikki,” Haugh said. “I have gone to her and gotten a sandwich and I’m like, ‘Just give it to me,’ because I don’t want to wait.”

As an attempt to shorten the lines for the deli, Ringham said the addition of a third line would be tested out during the busiest times.

Changes are also in the mix for Fuel Smoothies. After switching over to all natural ingredients as opposed to using fruit puree this semester, Haugh said the results have not been quite as positive as he imagined.

“We are going down in sales, even though it is a better product,” he said. “Something is just not jiving.”

Malone added part of the reason for the drop in sales at Fuel Smoothies may be due to small amount of time he and his co-workers had to redo the menu before the start of the semester.

“We wanted to get it done in time to reopen it,” Malone said. “I will admit it is probably not perfect, and we know that we need to revamp it.”

Plans are in place to add new Fuel menu items over winter break. Malone said a new option will allow students to customize their own smoothies by choosing a certain base and fruit. Other smoothies that haven’t been selling well, such as “The Hinkle,” will be taken off, according to Malone.

Overall, despite student criticism, Malone said the dining options around campus have come a long way since he became executive chef just under three years ago.

“I saw what it was when I came in for my interview. And we are not going to stop,” he said.

Robert Daugherty, a freshman who eats at Atherton, said he  feels there is still room for improvement.

“You are not excited to eat it, but it gets the job done,” Daugherty said.

Haugh said they will also be looking at student comments from the recent online survey they conducted. They will receive the results next semester.

Haugh declined a request to address student concerns in a follow-up interview.