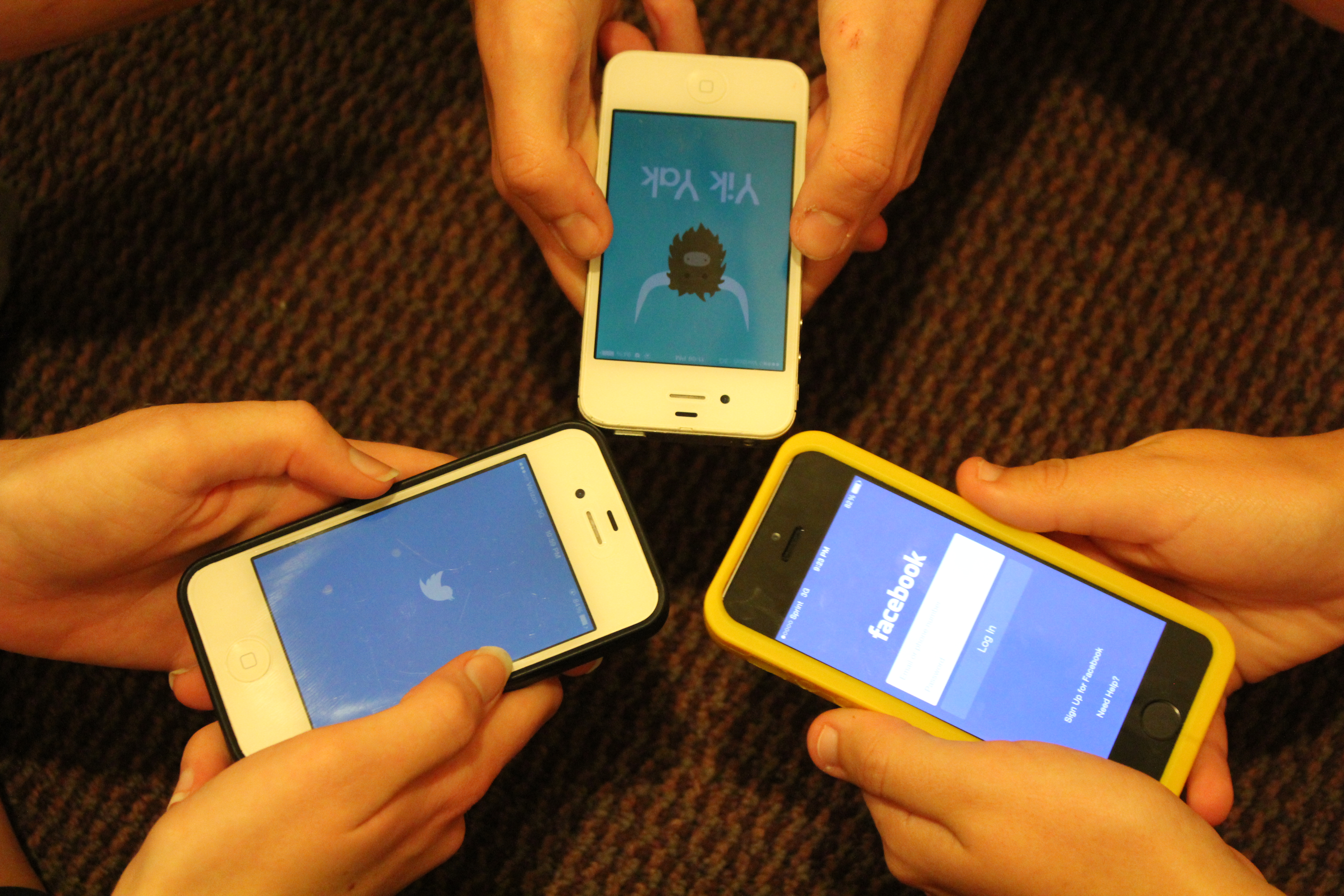 Students use social media for various reasons, such as sharing experiences, posting photos, and venting or sharing information.

Despite what may be good intentions, students can face repercussions if their posts on social media are offensive to Butler or students.

Butler has a strong social media presence and embraces the usage of social media, ranking 35th in the top 100 social-media savvy colleges and universities, according to last year’s studentadvisor.com list.

“I think we see it as a powerful tool that has more opportunity for doing positive things as opposed to negative things,” Levester Johnson, vice president for student affairs, said.

However, Butler students do not have immunity to write posts that are negative or harmful to other Butler students, which violate policies outlined in the student handbook.

“We are not actively monitoring sites looking for stuff,” she said. “But, typically, it has struck a chord with somebody and they brought it to our attention.”

Click said the challenge comes when the First Amendment right of expression bumps heads with another’s right to feel safe and respected.

Negative social media postings may fall under the category of harassment.  Harassment is outlined in the rights and responsibilities section of the student handbook.  It can take the form of jokes, notes, name-calling or obscene messages or images sent through social media.

Student affairs assesses each case on an individual basis. Then, it determines whether or not the behavior violated university policies.  University officials often speak to the individuals involved in the incident, Click said.

“I think that the ultimate goal is that people understand how their behaviors affect other people,” she said.  “It is possible somebody would be put on probation, and it is possible that somebody could be suspended or dismissed from the institution.”

Anonymous postings present difficulties in situations where a student is negatively affected by a social media posting, Click said.

“We would really encourage people to be thoughtful and respectful when they are using any kind of social media,” she said. “I really think it is up to all of you to moderate these channels of behavior and would ask that you represent yourselves well and Butler well as you are doing that.”

Butler has been part of anonymous social media postings for six or seven years, Click said.

Yik Yak, an application where students can post their thoughts anonymously, has risen in popularity at Butler in the last semester.

“I think it can definitely negatively impact people because, a lot of times, people use it as a shield,” she said. “Because there was such a big issue with cyberbullying already when things weren’t anonymous. I think it is something that they should be aware of especially if people are trashing the university or other students and it becomes an issue that can become violent.”

“I think that our thoughts and our approach has always been to not acknowledge those things,” Johnson said. “Whatever the latest and greatest is, because this is not the first year, or time period, that those type of things have been out there and hit our campus as they have other campuses. I can say that I have been very impressed, though, that whenever something like that does occur, we all take an approach of not acknowledging the name of whatever the latest and greatest is.”

Johnson said he recently had a conversation with Student Government Association members about possibly issuing an announcement soon about anonymous postings on social media.

Johnson said people need foundational knowledge of how to use social media in a positive manner.

He made a presentation to incoming students during Welcome Week. He talked about which official Butler sites students should follow to stay informed.

He also spoke about how social media behavior can affect an individual’s future, like when someone is looking for a new job.

Johnson said he has observed patterns of social media use during his time on Butler’s campus.

“What we have seen over time is that, whenever something like that occurs that is introduced into our campus community, there is a peak, and there is a spike,” Johnson said. “But then the usage and the effects go down over time where people do decide to do the right thing and do rally and encourage each other not to participate and engage in use of those tools and, therefore, the effects on the community is dissipated.”

Student affairs does not see many cases of improper social media usage.

“I guess that I am mostly aware that people use it in productive ways and in ways to engage with each other,” she said. “This is not something that I have seen a lot, it is just something that occasionally does kind of come to our attention. I think that Butler students, on the whole, do a really good job of being responsible, fun users of social media.”