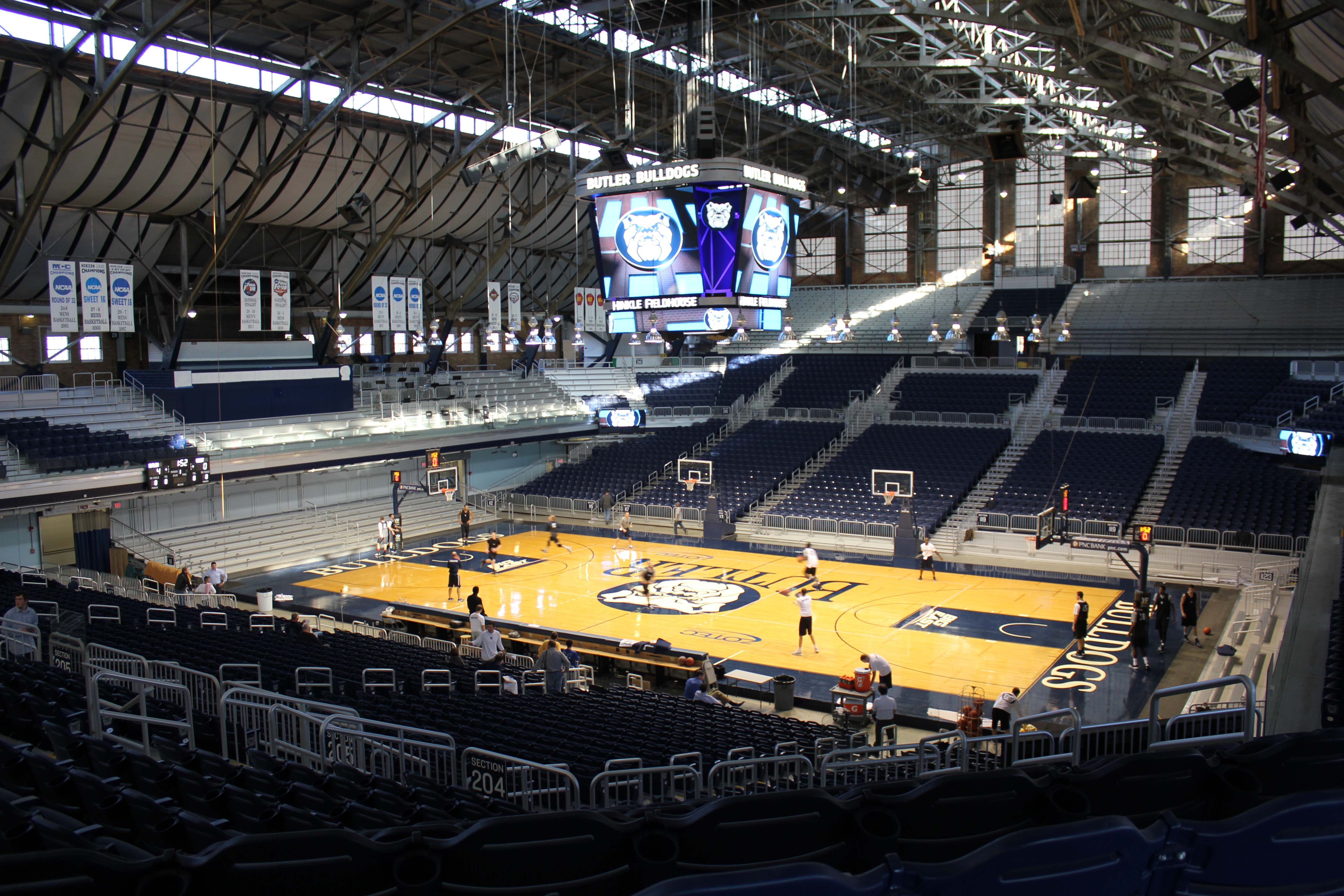 It’s a national historic landmark. And it just got a major facelift.

Hinkle Fieldhouse, home of the Butler Bulldogs, underwent a $35 million renovation that will be seen by the public for the first time Saturday when the Butler men’s basketball team tips off the preseason against the University of Chicago.

Ken LaRose, Associate Athletic Director of Development, said once the campaign to fund the renovations was conceived about two years ago, their main focus was improving the experience for student-athletes.

But that’s not the only aspect of the Hinkle renovations.

“We also wanted to improve and enhance the fan experience, which we think we did,” LaRose said.

Renovations began in 2013 when they gave the outside of the building a facelift.

LaRose said, as Hinkle Fieldhouse is a historic landmark, they couldn’t do much to the outside of the building, but they tuck-pointed more than 300,000 bricks on the outside.

However, they were free to do whatever they wanted to the inside. While there were drastic changes, the old charm of Hinkle Fieldhouse was preserved, and they managed to keep much of the original pieces of the building.

Every varsity sport received a boost to their locker rooms. The men’s basketball, women’s basketball, volleyball and football locker rooms remain in Hinkle, while all other sports were moved to the Annex, which is a building located behind the Butler Bowl on 52nd St. The annex also received major renovations.

“You can kind of tell what it used to be,” LaRose said,” but it’s more modern.”

The men’s basketball locker room received a big-time improvement as well, now featuring a light-up Bulldog logo in the ceiling, new carpet, new lockers and a scoreboard clock to let the team know how long they’ve got until they need to be on the floor.

Attached to the locker room is a film room boasting a flat-screen TV, chairs with the Butler logo, and of course a big name to go along with it. Former Butler player Gordon Hayward, who just signed a new maximum salary contract of $63 million with the Utah Jazz, donated $30,ooo to the film room.

The old locker room had the film room inside of it.

“They needed it to get bigger and better,” LaRose said. “Now they’ve got a separate locker room and a separate video room.”

Aside from the locker rooms, the behind-the-scenes renovations also include:

Freshman men’s basketball player Kelan Martin said he goes to the academic center almost every day, and overall says the renovations are exciting as a new player.

“When I came on my visit last year, they told me there were renovations and they showed me the plans.” Martin said, “When I got here I was tired of practicing in the West Gym, and we’ve been practicing in Hinkle for about two weeks now, and I just got the feel for it, and I love it.”

Sophomore Andrew Chrabascz said Hinkle was unbelievable before the renovations, and now it’s even better.

“I committed partly because of how much I loved Hinkle, and now they put a little makeup on it, you could say, Chrabascz said. “It’s still the best. I can’t complain about anything about this place.”

Chrabascz said he loves the video scoreboard, but his favorite part is the new locker room.

“It’s a place where we can all hang out,” Chrabascz said. “It makes our chemistry that much better when we have that place to be all together for an extended period of time.”

But don’t worry, fans, there’s plenty of new fan-related attractions to be taken in starting Saturday.

It’s no secret. The prettiest attraction of the renovations is the video scoreboard hanging in the middle of the fieldhouse. For the first time ever, Butler steps into the digital age with video graphics on the scoreboard and video screens in the corners of the lower level.

The other major upgrade for fans is a set of 4,500 blue chair-back seats, donning cup holders.

Other upgrades that can be seen include:

While fans will be able to see many 21st century upgrades, Hinkle Fieldhouse still holds onto its charm. Much of the original brick was preserved, which can be seen throughout the fieldhouse.

Butler is entering its second season in the Big East conference, and now can compare its arena to other member schools. Many teams in the Big East play in NBA arenas, or arenas that feature state of the art fan features, which is a recruiting tool. Now Butler can use not only an old, charming and historic venue as a selling point for recruits, but they also now have plenty of eye candy.

Senior point guard Alex Barlow said he was drawn to Butler by the history of Butler basketball and Hinkle Fieldhouse, and now he’s ready to enjoy it as a senior.

“I got here as a freshman, and it looked a lot different,” Barlow said, “and I think now, it’s as good as it gets.

Barlow said he likes that they kept the old bleachers because it keeps the historic feel, and says he looks forward to playing in front of the big crowds, especially with the renovations to the student section.

“Expanding it means you’ve got to fill it up, so I think if it’s filled, and people come to every game, I think it’s going to be a home court advantage, and it can be a difference maker,” Barlow said. “You can have twice as many students as you did in games past, and being that close to the court, students can make an impact.”

Chrabascz said the student-athletes are fortunate to have the renovations, and it solidifies Butler’s spot in the Big East.

“Just listening to stories from guys like Khyle Marshall and Erik Fromm last year and where they came from, to what we have now, it’s unbelievable how fortunate we are.,” Chrabascz said.

On top of a newly renovated Hinkle, the men’s basketball team also has a new coach. Chris Holtmann steps in as the interim head coach after Brandon Miller took a medical leave of absence after one season. Holtmann said he is excited for the players, as well as the fans.

Holtmann said with the renovations, Hinkle kept its charm, and now has a new character to build more history on.

“They did an unbelievable job of keeping that iconic feel,” Holtmann said. “I don’t think we’re ever going to change that at all.

Hinkle officially opens to the public on Saturday when the Bulldogs host the University of Chicago at 7 p.m. in an exhibition game.

The women’s team tips off its exhibition season against Northern Michigan, the alma mater of new coach Kurt Godlevske.

The men tip off the regular season Nov. 15 against Maine. The women’s team begins regular season at Valparaiso Nov. 14 and has its first home game against Indiana State Nov. 16.