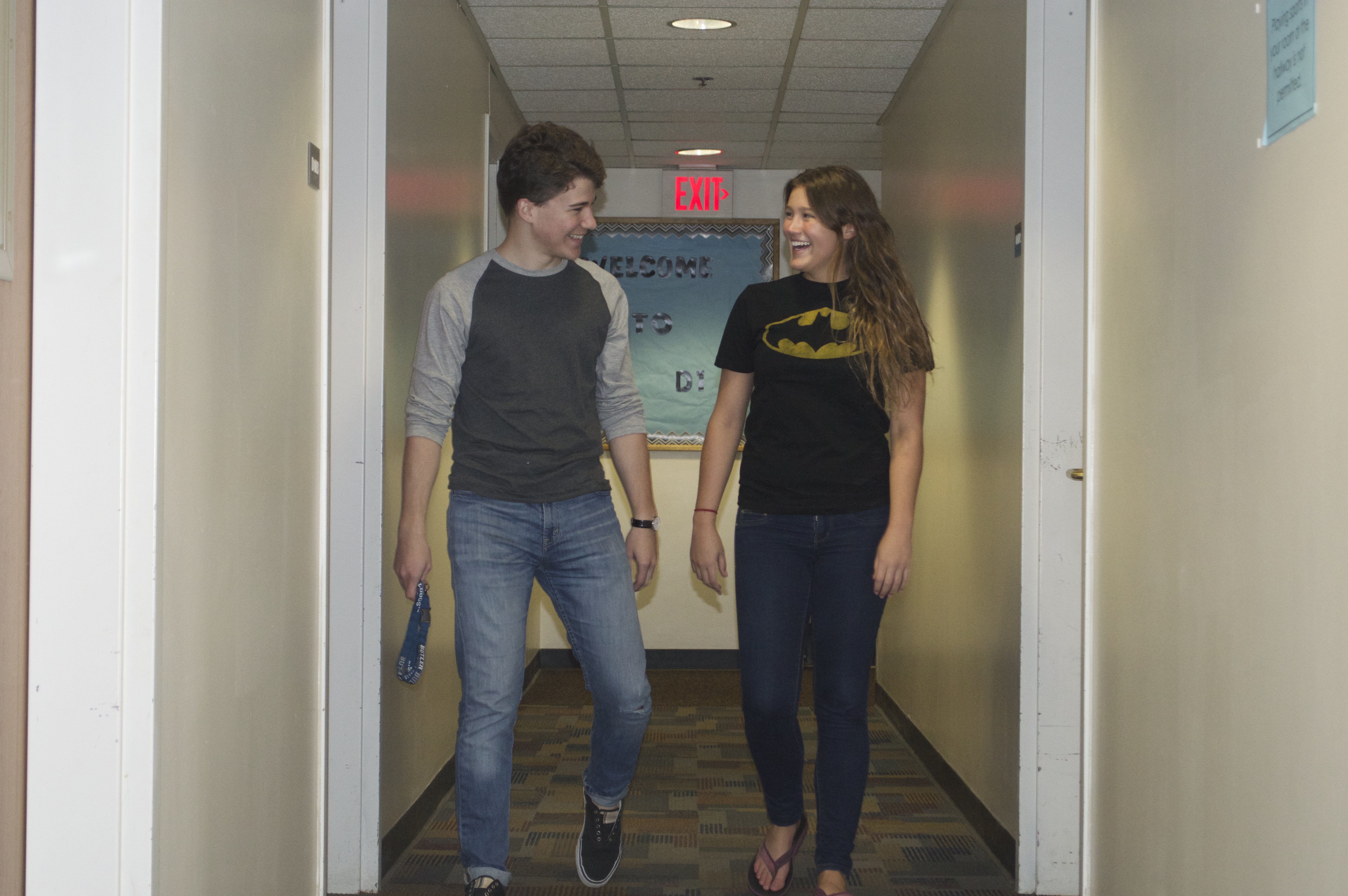 “The third floor is for females only.”

This message hangs on signs throughout the third floor of Ross Hall.

Just across the street at Residential College, this policy does not exist. In ResCo, males and females live interspersed on the same floor.

Doug Howell, associate director of residence life, said he blames this contrast on the building facilities.

“It really relates to bathroom usage,” he said. “When you are in a suite in ResCo, that is your bathroom. That way, you are sharing a bathroom with the same gender.”

Lily Pickett, a resident assistant on the third floor of Ross Hall, said this policy is not just for the benefit of her residents.

“I know that a lot of parents appreciate knowing that random people won’t be getting on the third floor,” she said. “It is just an extra set of safety that a lot of the girls prefer.”

But Kelly Jeffery, a resident on the third floor of Ross Hall, said the policy is not always taken seriously.

“No one really follows it,” she said. “No one really cares until the RAs start doing rounds. Girls chose to live in Ross because they want to be around guys. I honestly feel safer with guys in the building.”

Alex Strand, who lives in the basement of Ross, said he thinks the escort policy is not necessary.

“(Us guys) are not going to do anything,” he said. “We have to have a girl to even let us up there. So it is not like we need an escort, because they already let us in.”

Pickett said there have not been any major issues with the rule this year, but she and her fellow assistants still enforce it.

“We keep track of how often there are guys wandering the halls,” she said. “If it becomes an issue, then we will go through the conduct process with them.”

Students can face consequences for not following the rule. Sarah Boeckmann, residence life coordinator of Ross Hall, said all conduct information is confidential, so she could not say what the specific consequences are.

While men require an escort on the women’s floor in Ross, there is no enforced rule about women having a male escort on one of the men’s floors.

Pickett said, last year, there was a policy on the matter, but because not many women were caught walking alone on the male floors, the rule was taken away.

With that policy revoked, freshman Kennedy Smith, a third floor resident, has taken advantage of her freedom.

“I roam all the time,” she said. “I literally walk all around this building every day.”

Despite the written policy, Howell said the rule is supposed to be the same for everyone.

“Regardless of gender, the resident is supposed to escort the guest,” he said.

Howell said he also believes it is harder to enforce a rule requiring male escorts for women because of the way Ross is built.

“I don’t think we’re targeting guys on the third floor, but it is easily done,” he said. “It is not as easy to lock off the other floors because the women have to get down there anyway to do laundry and use the kitchenette.”

“I’d rather not have to call someone to let me in,” he said. “In ResCo, I can just walk over to my friend’s room, whether it’s a girl or a guy.”

In comparison, on the other side of campus, the Apartment Village has implemented a co-ed living where students of different genders can live in the same living space.

Howell said this location was chosen because each resident has his or her own room in AV, unlike ResCo. Residence life staff can give different genders the opportunity to live together without forcing them to sleep in the same room.

So far, three apartment buildings in AV have been made into “gender inclusive” living spaces.

Freshmen living in Ross or Schwitzer Hall should not expect to see a co-ed option similar to either ResCo or AV being offered in the near future, Howell said.

“Will it be possible going forward that co-ed will be everywhere? Maybe,” Howell said. “But based on what I am hearing, there’s not a lot of schools out there doing it. I don’t see it becoming the norm, but it’s wonderful to have the option.”