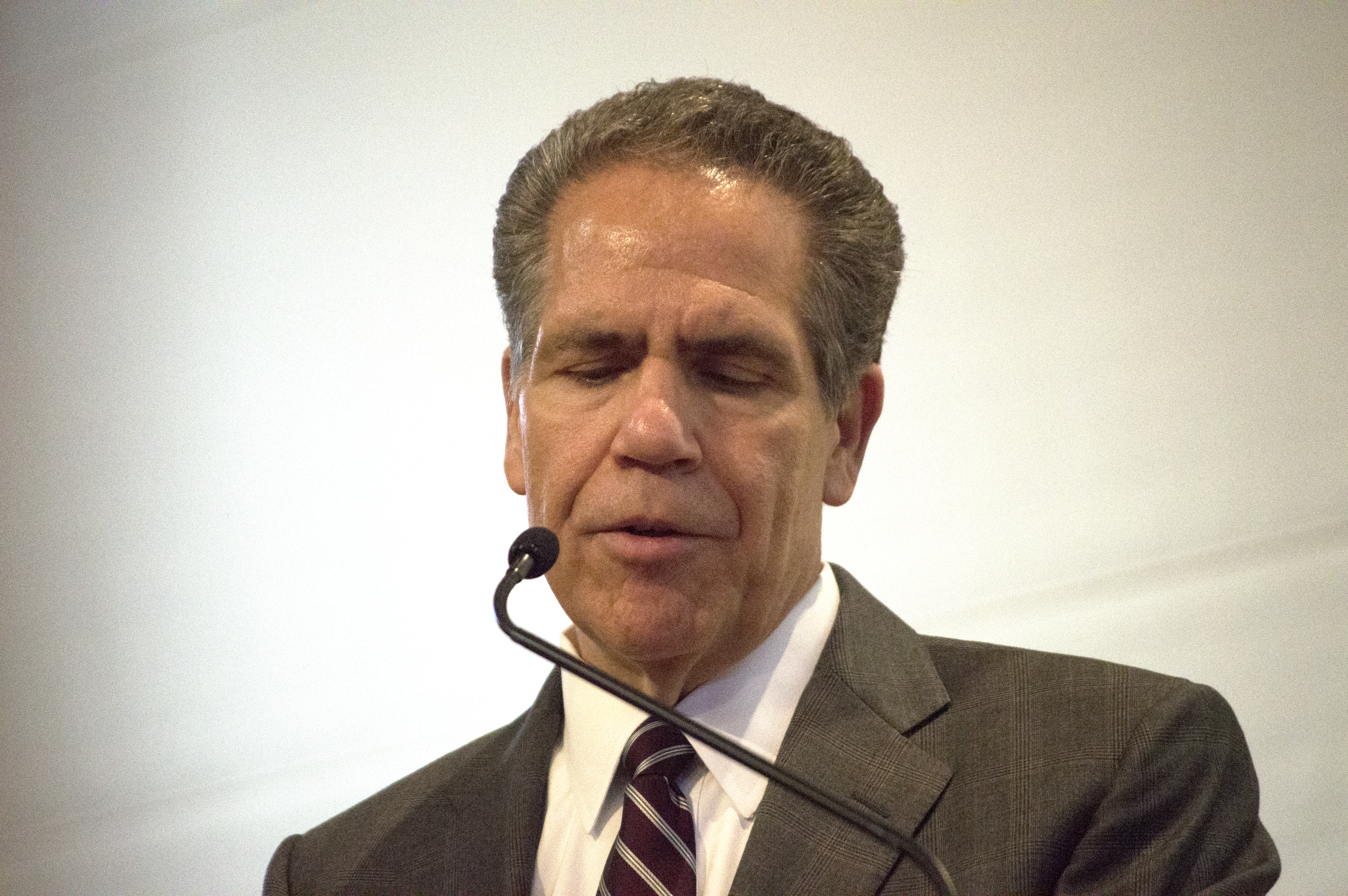 Joey Wohlhieter graduated from Butler University in 2005. His pride for Butler runs deep—as a child he studied dance at Butler, and, as a student, he was highly involved on campus. When an opportunity arose for him last spring to work as an administrative specialist at his alma mater in the College of Liberal Arts and Sciences Modern Language Center, he jumped on the opportunity.

Wohlhieter said he was so excited to be hired by Butler, but recent events have shaken his trust in the University.

Wohlhieter is one of many Butler staff members who received a packet one week before the start of the 2014-15 school year explaining a change in his pay method, overtime exemption and salaried status.

The process of reclassifying staff is not new or unique to Butler, but Wohlhieter said the method in which the changes were addressed and explained to the staff was disheartening.

“The way we were told was demoralizing,” he said. “Receiving a paper packet in the mail with only weeks’ notice and being expected to just quickly get our lives in order—that was a surprise, to say the least.”

Wohlhieter’s employee status changed from salaried to hourly in the recent staff reclassification. Besides the emotional repercussions, Wohlhieter said he experienced difficulties when he attempted to refinance for a mortgage after his change in status.

“I was docked for being paid hourly rather than salaried,” he said. “But when I explained that I was paid a salary until the start of the school year, the bank said, ‘Wow, we need to make a note of this. It sounds like Butler may not be a stable place to work.’”

Wohlhieter is not alone in experiencing personal hardships as a result of the short notice for reclassification.

Jan Hendricks, administrative assistant for Butler’s history and anthropology department and a 17-year employee of Butler, spoke at the meeting and said she “wanted to put a face to the hardships” resulting in reclassification.

Hendricks’ pay, like all other Butler staff members, was changed from monthly to biweekly at the start of the school year. She said the short notice did not allow enough time for her and her husband to reorganize their finances.

“My husband and I have split the bills our whole lives. I pay the mortgage,” she said. “But when I was expecting my normal paycheck on payday, it wasn’t enough. I couldn’t pay my mortgage.

“You could have sent out this message in July,” Hendricks said. “But you didn’t put a face to who you were affecting. It was like you didn’t care.”

In the same meeting, different staff members mentioned “a perceived lack of respect for staff members,” a “no staff or faculty representation on the matter” and a “lack of answers and responsibility.”

“If we had behaved the way that Butler (human resources) did with this issue,” Wohlhieter said, “we would have been fired.”

During the meeting, Danko addressed concerns and apologized for the situation.

“This is not what many would expect, communications-wise. I apologize,” he said. “But this is all about compliance. We have an obligation to go through this process. But if something is negative for our people, we must resolve it.”

Danko said the reclassification process will eventually cost more money for Butler. He also said that problems in communication during the process are not a reflection of Butler human resources’ operation.

Wohlhieter said he was not impressed with Danko’s knowledge of the issue and problems surrounding reclassification.

“It was very clear that the president didn’t know what was going on,” he said.

When mention was made to the “panel of experts” responsible for some decision-making mentioned in communication from Butler HR to Butler staff, Danko said there was not a panel of experts he was aware of.

Bruce Arick, Butler’s vice president for finance and administration, as well as Director of Human Resources La Veda Howell, Matt Mindrum, vice president for marketing and communication, University Controller Susan Westermeyer, General Counsel Claire Aigotti and outside consultant Julie Bingham, were named as members of the team responsible for payroll process and system review, according to an email from Arick.

Additionally, when a staff member expressed concern with a policy that bans staff members from volunteering at University events, Danko said he did not know of any ban.

However, in the packet to staff regarding reclassification staff are told they may not volunteer for Butler special events.  The exception being parents of students who can volunteer as a parent, not a staff member.

The president urged any staff members who felt they have been misclassified or have experienced financial hardships as a result of the process to go to Butler’s HR. Staff members can fill out a “Financial Hardships Request Form,” which asks for a brief description of the hardship and a requested amount for compensation.

“It’s just ironic, because many of us on staff have lost our faith in HR,” Wohlhieter said. “But we are being told that they will fix our problems now, the problems that they created.”

Howell declined a request for an interview on the topic of staff reclassification.

On Friday morning, Danko sent an email to Butler faculty and staff, saying that he appreciated “the honesty of those who shared their concerns” about reclassification and that said staff members helped him to “better understand the personal impact of this change on our people.”

He urged staff, again, to contact HR or their supervisor with reclassification concerns and named his executive assistant Heather Vaughn as someone to act on his behalf on the matter of reclassification.

Danko said he stands by the intended objectives of the reclassification process, but that he is also “extremely disappointed by the outcome” and apologized, again, to those negatively affected.

“The most troubling aspect of this situation is that some have expressed it has damaged your positive feelings about the Butler community,” Danko’s email said. “I do hope you will allow us the time and opportunity to repair that damage.”

The College of Liberal Arts and Sciences’ department chairs and program directors produced and distributed a “Statement of Support” which listed three requests of Butler administration regarding reclassification.

First, the statement asks for staff to return to their previous salaried pay other than hourly, biweekly pay, which is “widely disliked,” according to the statement. The statement argues the hourly and biweekly pay is not legally required of nonexempt or exempt staff.

Lastly, the statement from LAS asks for timely and effective responses from HR, something the affected parties said has not been accomplished throughout the reclassification process.

“The layers of confusing and conflicting messages on the topic of the reclassification and changes to payroll have left staff in a terrible position, where they are facing real material consequences and also feel angry and diminished in their position,” according to the statement.

In Wohlhieter’s opinion, if Butler’s administration addressed the concerns listed in the statement from LAS, the staff’s displeasure with the reclassification process will be eliminated.

Butler University is required to follow the regulations spelled out in the Fair Labor Standards Act of 1938.

Staff members at Butler University can be paid either salaried or hourly. Salaried pay means a set amount of money per year. Hourly pay depends on how long the employee works every week.

Staff members can receive compensation either monthly or biweekly. If you receive monthly pay, you are paid once a month for about 22 days of work. If you are paid biweekly, you receive a paycheck every other week for 10 work days.

Overtime exemption status determines whether or not staff members receive overtime pay provisions when they work more than 40 hours per week.

There are no limits placed on the number of hours an employee can work in a week, as long as the individual is over the age of 16.

All hours worked by employees must be recorded to be paid. Working hours include all the time an employee is required to be on the premises or on duty.

Overtime provisions include receiving one and one-half times the regular pay rate.

The decision regarding whether or not an employee is exempt, while the definition is narrow, falls to employer, according to the U.S. Department of Labor.

Exemptions are made on an individual workweek basis, depending on what duties the employee takes on that week, according to the department.

Executive and administrative employees who receive salaried pay are exempt from both minimum wage and overtime provisions.