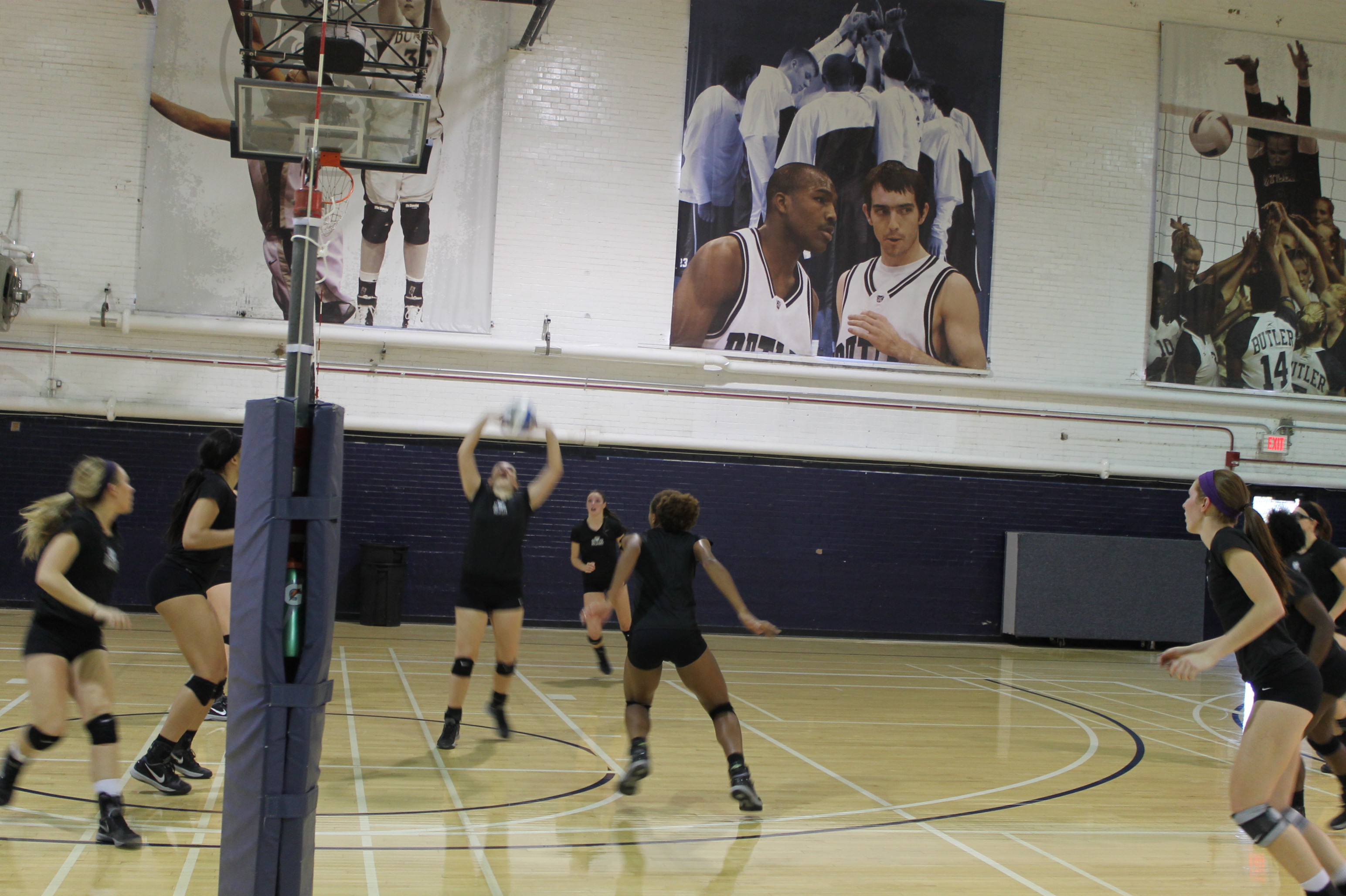 Volleyball returns to the HRC Wednesday afternoon to face DePaul.

Butler volleyball takes on DePaul University today in the HRC. It is the Bulldogs third home game of the season.

After playing the first two home games at nearby Shortridge high school, Coach Sharon Clark said that the players are excited to be playing on campus, even though it’s not at Hinkle.

“The fact that we are playing in the HRC just really doesn’t matter,” Clark said, “just to be at home and have a home crowd, and I think that was one of the things that was great about for us over at Shortridge was that we finally had a home crowd, a great crowd, we got good support. So that fueled us through some tough stretches.”

The team is coming off a victory against a Big East opponent in the Villanova Wildcats. Clark said the team showed resilience in what turned out to be their second conference win.

“We got down in game two pretty far,” Clark said, “and we were able to dig ourselves out of a hole and win that game and just that ability gives us great momentum going forward.”

After today’s game the Bulldogs will travel tomorrow and then have games the next two days. Friday they face St. John’s University and then they take on the Providence College Friars on Saturday.

Clark said that their start to the season will help her team out in the long run, especially in situations similar to the one they’re in now where they have three games in different places in four days.

“I think we’re a little better prepared now to be able to do that because we have been on the road quite a bit early in the season,” Clark said.

As for the games this weekend, the coach said the team is confident.

“Our expectation is to go in and get two Big East wins so we can continue to challenge to be at the top of the conference, and this team is very driven on that.”