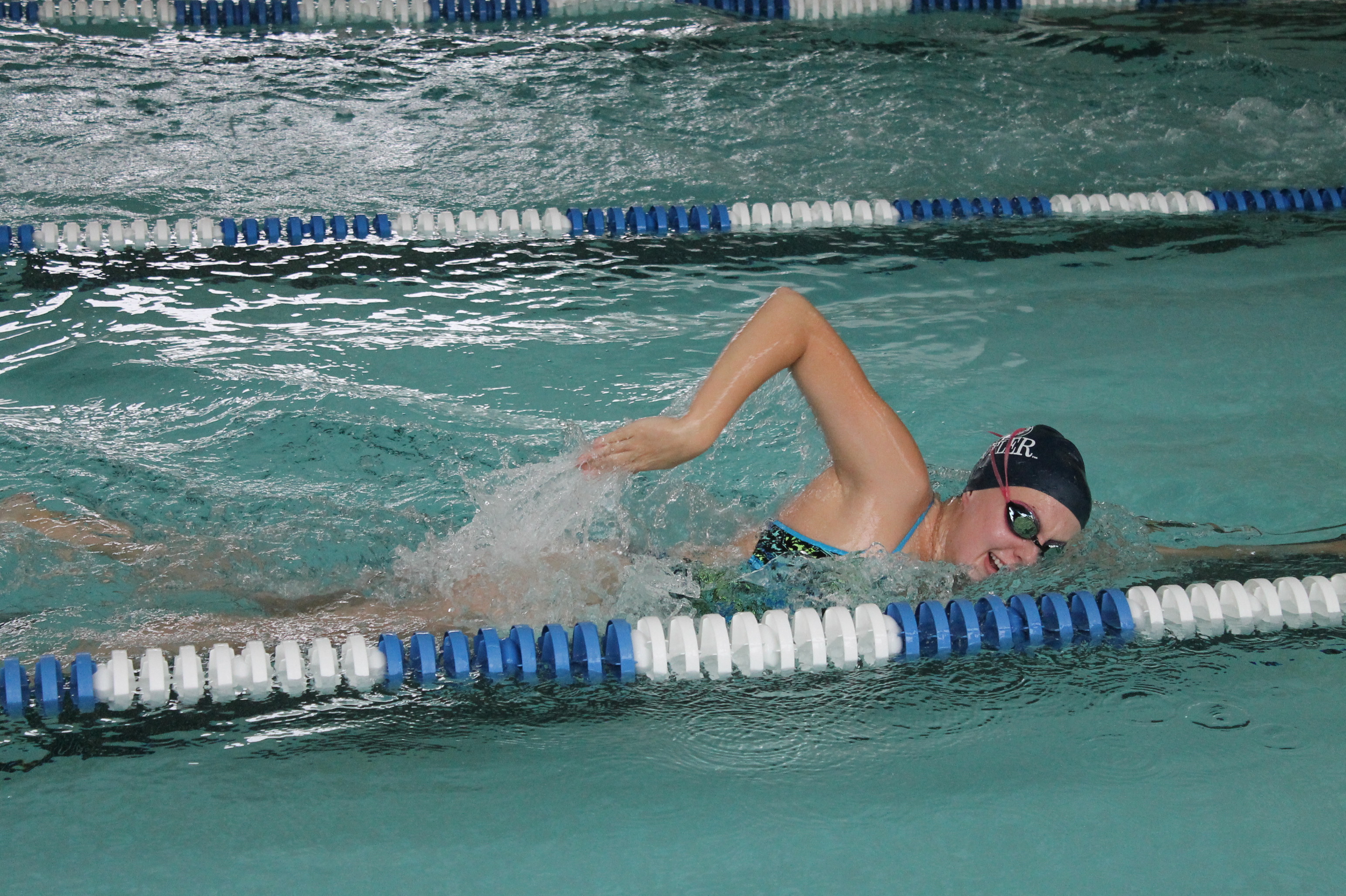 The Butler swim team will participate in a pair of races this weekend, competing in both the Indiana Intercollegiate meet and the Butler Double Dual meet.

The team will face Indiana University-Purdue University and Eastern Illinois in the Butler Double Dual at IUPUI on Friday and travel to Lafayette Saturday to take part in the Indiana Intercollegiates.

“One, to take this opportunity to be able to race some of the Indiana teams and Eastern Illinois, two, to make as many Big-East qualifying times as possible and three, be as competitive as we can be,” he said.

The Butler swim team will complete at the Butler Dual meet and the Indiana intercollegiate meet this weekend. Photo by Veena Barona.

It is only the second meet of the season for the team, and the first since Sept. 28. Sophomore Emily McCutchan said it can be difficult to stay in top condition with the small number of meets.

“The challenge of not having too many meets is that we don’t have too many opportunities to qualify for our conference meet in February,” she said. “We have certain time standards we have to achieve, and by not having as many meets, we don’t have as many opportunities. It can be challenging for some girls, because the qualifying times are pretty difficult to achieve.”

McCutchan said the team focuses on race strategy during practice in order to prepare themselves for meets.

“We break down our races into 25-yards or 50-yards depending on the race, so we do pace work so we know what its like to swim fast when we get to meets and we are prepared,” she said.

Her goal is to qualify for the conference meet in the 200 -yard backstroke.

“My goal is to get a qualifying time,” McCutchan said. “I’m a backstroker so I want to qualify in the 200 backstroke this weekend. I’m a couple seconds off so I’m hoping to achieve that.”

Stewart said the key to success will be getting support from every member of the team.

“I think they’re going to have to project a lot of good team energy, a lot of team spirit and behind one another in these two meets,” he said. “That’s going to demand a lot of focus and engagement into the meet, and we will really use these meets as experiences as we progress through the season.”

McCutchan said support from her teammates is invaluable.

“I would say that’s everything,” she said. “Swimming is a physically tough sport, so you need that team energy backing you up to help you. If you swim a couple races and have an off race, it’s hard to bounce back. It’s nice to have your teammates behind you supporting you, letting you know you’re capable. My teammates push me to be the best I can be, and I think that’s really important to have during a meet.”

This year’s team is young, but Stewart said it is up for a challenge.

“I think having the juniors is really going to provide leadership for the freshmen and sophomores, and we’re really going to look for them to be leaders and to project the energy and focus we need for this weekend and beyond,” he said. “The benefit of having a young team is that they’re learning. Hopefully they’re learning the right types of qualities that will help them thrive as they progress throughout the season.”