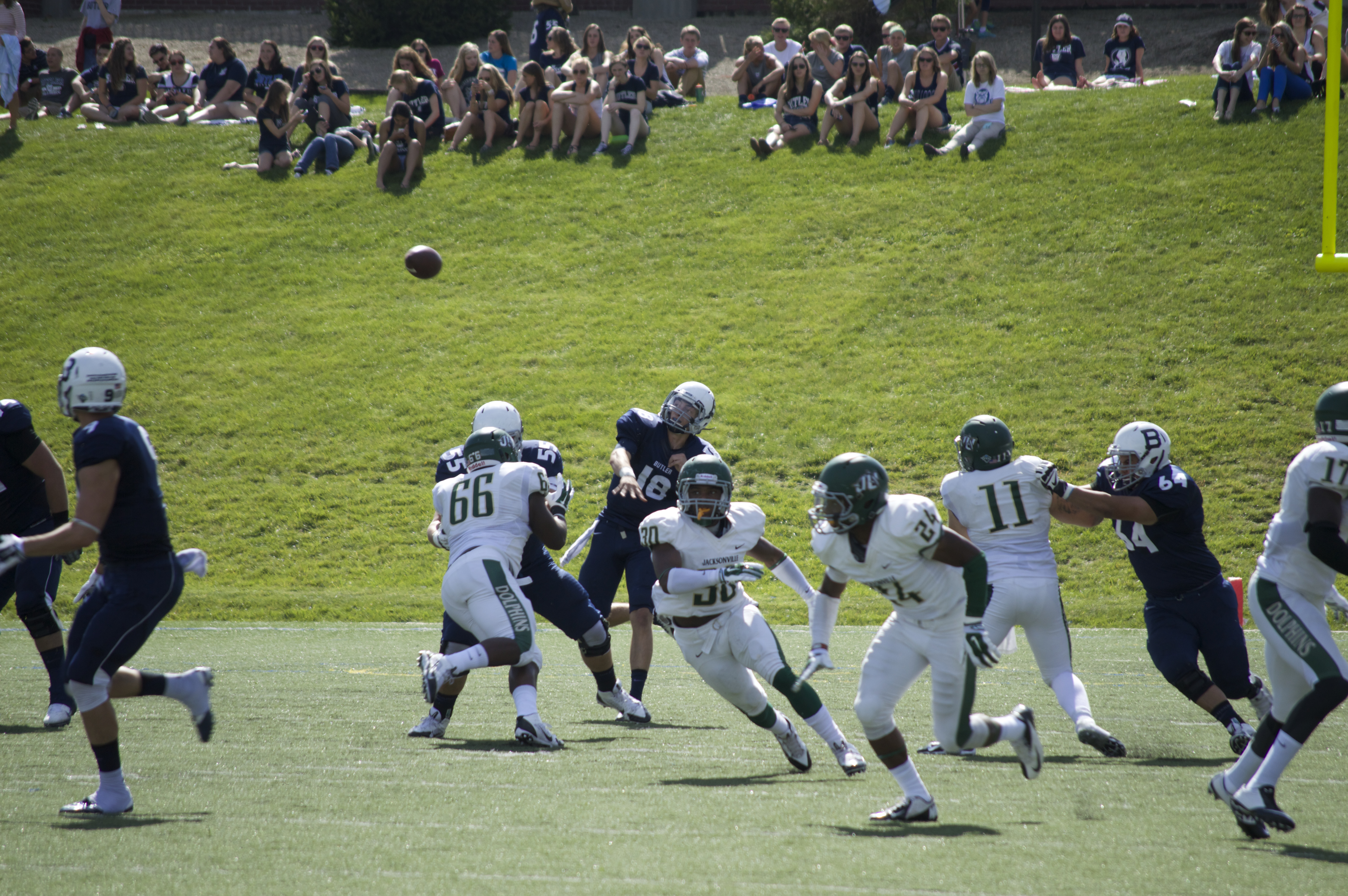 The Butler football team had a wild day on the road at Stetson University, coming from behind to pick up its first conference win of the year with a score of 49-41.

Now the Bulldogs turn their focus to their second away game in a row as they travel to Buies Creek, North Carolina, to face the Campbell University Camels.

The Camels (2-3, 2-0) are one of three teams that still have an undefeated record in PFL play, alongside Jacksonville University and University of Dayton.

Butler (3-2, 1-1) will be fighting to keep itself near the top of the PFL as the Bulldogs strive for a third consecutive conference title.

Freshman running back Sam Schrader ran a total of 193 yards and scored four touchdowns on Saturday, despite coming into the game with just 71 yards.

Schrader said it felt good to finally contribute to a game again. The highlight of his day was an 83-yard touchdown run, giving the Bulldogs a 35-28 lead at the end of the third quarter.

“It’s pretty reassuring when you just take everything in stride and let it come to you and then see the success finally happen,” Schrader said. “It’s a great feeling. It helps when you’ve got all these older guys around you that are so successful and have the right attitude about it as well.”

Despite the importance of this Saturday’s game to the PFL race, Schrader said they are treating it like any other week.

“We understand it’s a big game. Every game is a big game from now on,” Schrader said. “There are no easy wins, especially in this conference, so we’reputting last week aside and just focusing, and, hopefully, we have the same result as last week.”

Junior quarterback Matt Shiltz, who had four touchdowns on Saturday, had said since the beginning of the season, the next game is always the biggest game, and he’s sticking to his claim this week.
“In a league like the PFL, anybody can beat anybody every week,” Shiltz said. “We truly believe that around here, and know that we have to go out and perform at our best if we want a chance at winning conference games.”

Shiltz said he doesn’t look at the Camels’ undefeated PFL record as daunting. Instead, he sees it as motivation.

“They are tied for the lead with Jacksonville (and Dayton) as one of the three unbeaten teams in the PFL. So we see it as a great challenge to go out there, play against one of the best teams in the conference and try and go out there and get the win,” Shiltz said.

Kickoff on Saturday is at 12 p.m. in Buies Creek, where the Bulldogs last won in 2009, achieving a school record of 11-1 and a share of the PFL title.