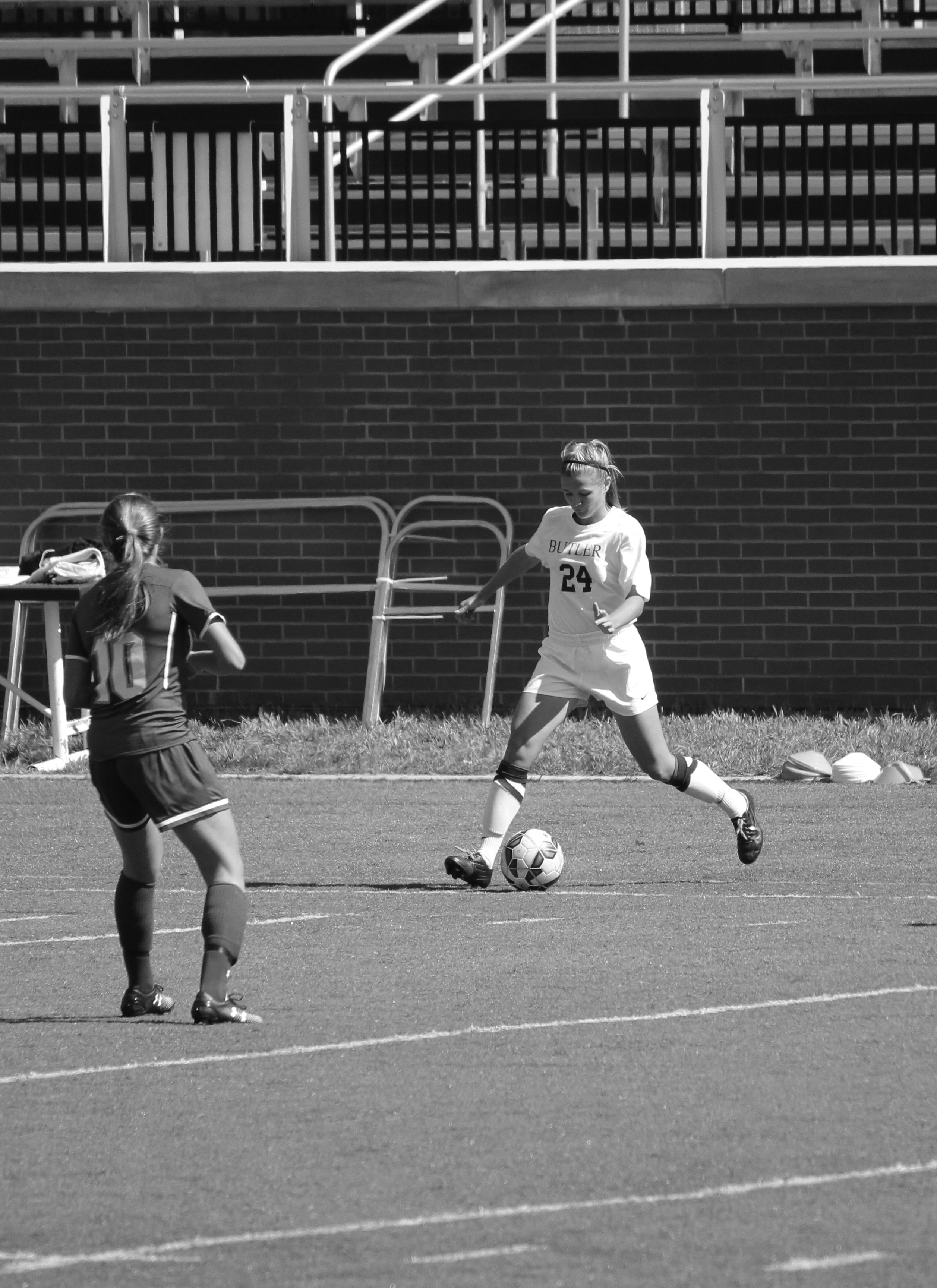 The Butler women’s soccer team hopes to raise its record above .500 in its upcoming games this week. The Bulldogs (7-8) came off a tough overtime loss at Providence University and hope to change the results this week.

Junior midfielder Sophia Maccagnone said she knows the importance of learning from mistakes and working hard to change the result for the next game.

“After a loss we come to practice just as we always do—focused and motivated,” Maccagnone said. “[In practice] we will be putting ourselves in situations that we have faced in the games, so we can learn and know how to handle them in future games.”

Butler will look to get back in the win column as they host DePaul Thursday. Collegian File Photo.

The Bulldogs’ past two games have resulted in tight overtime losses.

“Mentally, it is a little harder to grasp when you are just an inch away from getting a win,” said senior forward Elise Kotsakis. “You know this isn’t a type of game where the other team is outplaying you.”

The team faces DePaul University at home on Oct. 16 and then travels to Xavier University on Oct. 19.

This week will allow the team to prove its ability to maintain composure both at home and away.

“You have to go into the games with the same mindset,” Kotsakis said. “Getting your routine the same and making sure you are mentally prepared while travelling.”

She said the next few games will be incredibly important to the remainder of the women’s soccer season.

“There is a lot at stake now,” she said. “We have to win basically all of our games from here on out to be guaranteed a spot in the tournament.”

The team intends to come out tougher and stronger than ever before this week.

“We want to come out mentally tougher for these next two games,” Maccagnone said.