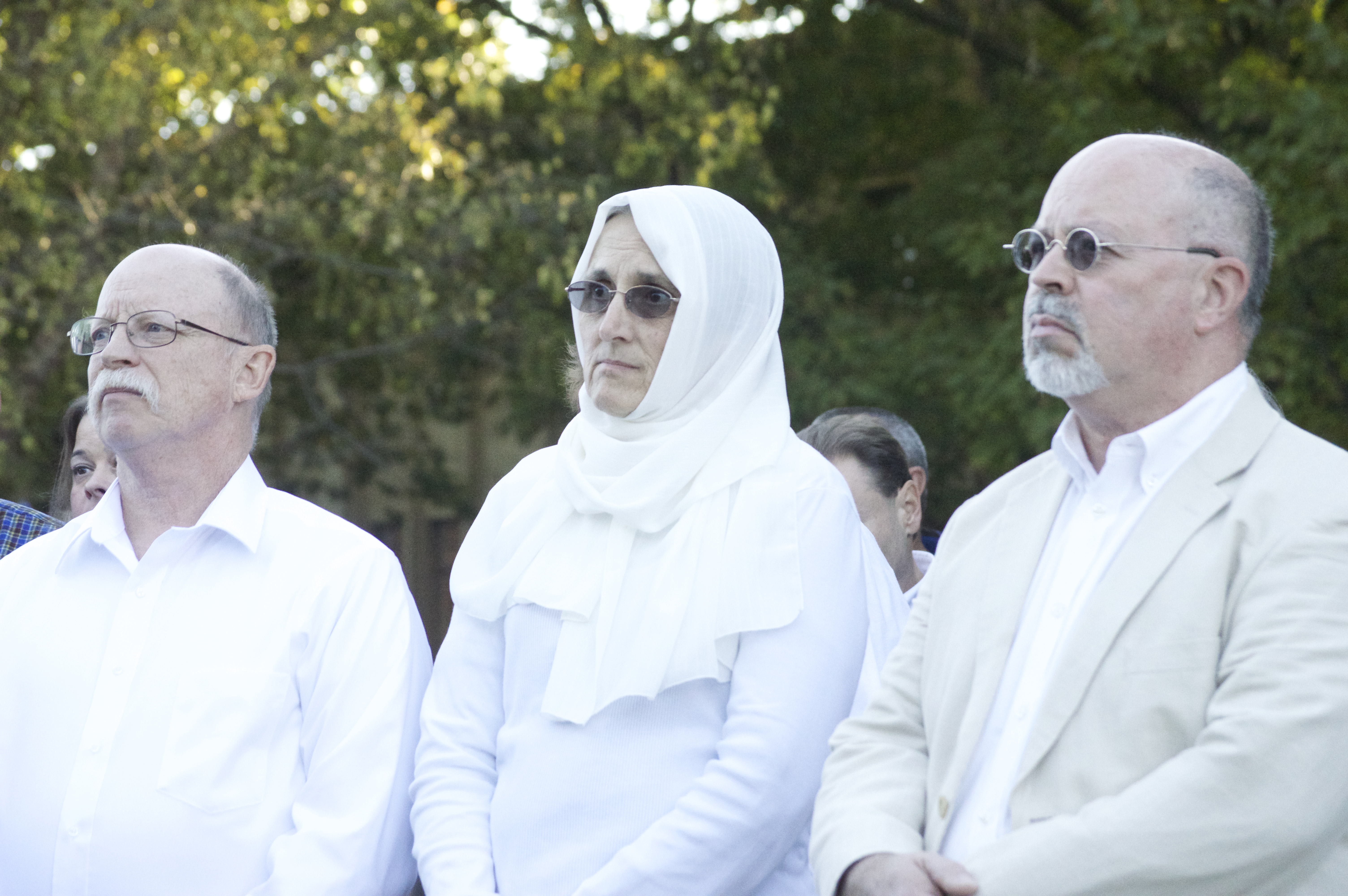 Hundreds of students and community members gathered this evening on the Atherton Mall, dressed in white, to support Abdul-Rahman Kassig.

Kassig, 26, is a former Butler University student who was captured and threatened by the Islamic extremist group ISIS.

Members of the Islamic Society of North America delivered recitations from the Quran. But attendees of the service were of mixed faith.

In addition, Erin Lang, the founder of Benga International, spoke of the conflict in the Middle East. The focus was primarily on Syria, where Kassig focused much of his humanitarian work.

Hazem Bata, executive director of ISNA, expressed appreciation in a message for Kassig’s parents who were also present at the vigil.

“We are so lucky to be able to call Abdul-Rahman a native of Indiana,” he said.