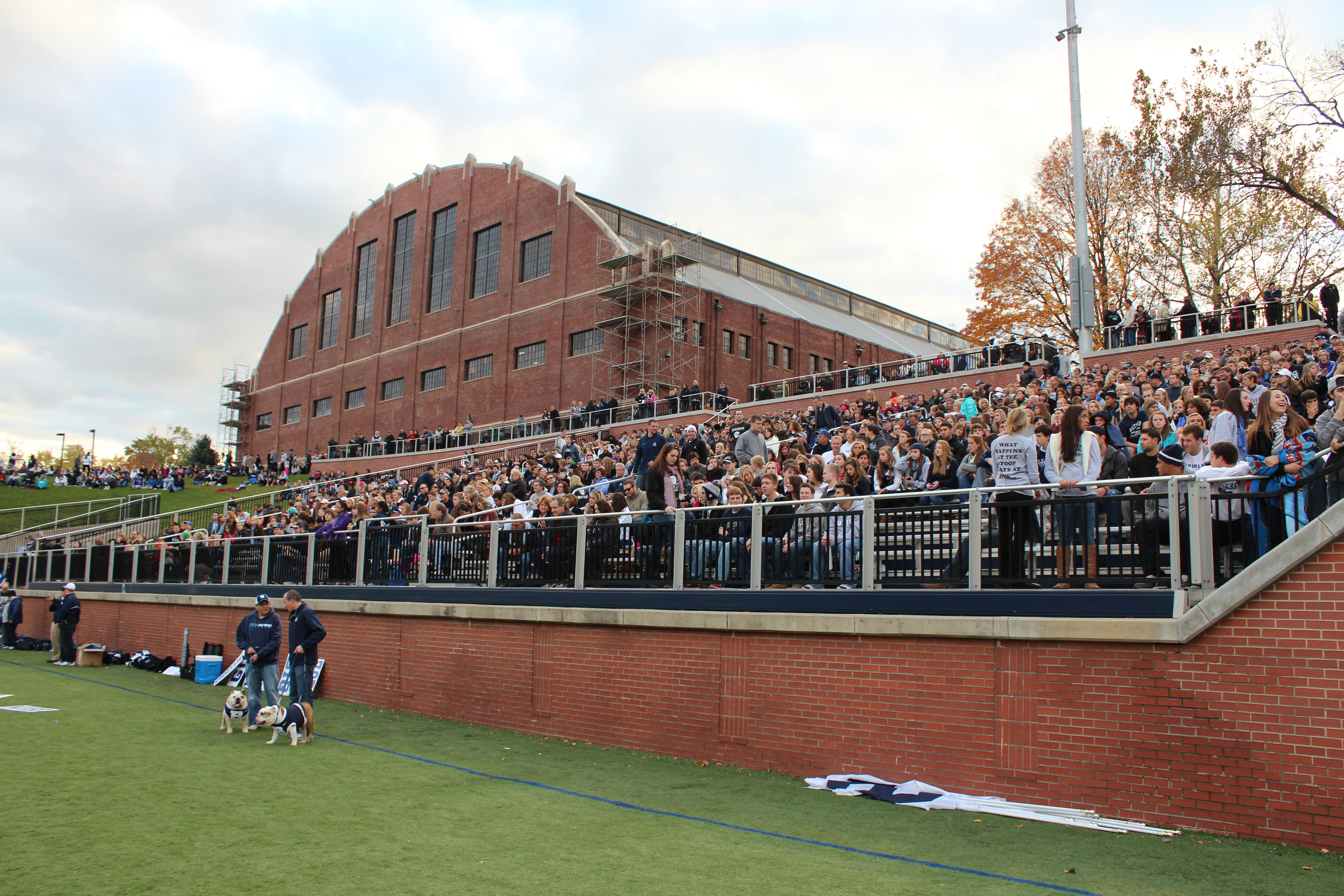 For most people the word “Homecoming” brings to mind football, tailgating and tradition.

For the people behind the scenes, Homecoming is much more than that.

Homecoming is planned by the Student Government Association Program Board special events committee.

The special events committee consists of two returning junior co-chairs Caroline Wegener and Eric Witte and first-year sophomore co-chair Hayley Gearheart. The co-chairs work with their adviser, Erica Garnett, assistant director of the Programs for Leadership and Service Education. The students plan while Garnett handles the business aspect of Homecoming.

The committee is in charge of choosing a theme for Homecoming, pairing teams, planning events and working with Butler and the Butler University Police Department.

Wegener said the special events committee is in charge of “the student side of Homecoming.”

The committee brainstormed ideas for the theme and narrowed down its list to five choices.

Witte said the list came down to an around-the-world or Broadway theme. The committee decided Broadway would be more fun and easier to incorporate into Yell Like Hell and lawn decorating.

Wegener said deciding team pairings is the trickiest part, since they have to try and avoid repeating pairing from the last few years.

“We have to map it out and this year was especially difficult since we’d lost a few of the teams,” she said. “It wasn’t the greatest outcome, but it’s hard to please everyone and we did the best that we could.”

The committee is responsible for planning events Monday through Saturday during the week of Homecoming.

Garnett said the committee is very intentional about all aspects of planning the details of Homecoming.

“There’s a lot of thought about if people will enjoy it and if it will contribute to school spirit,” she said. “We know that Homecoming is huge deal here at Butler, and we want to make sure that people really enjoy it and have a good time.”

Homecoming is two weeks earlier this year than last year. Wegener said this impacted the planning.

“It’s throwing everything off. That’s why we had to start planning so early,” she said. “We knew that we weren’t going to have any time to do it once we got to school.”

The date is not the only thing throwing a wrench in Homecoming plans–— construction across campus will cause several minor changes in Homecoming this year.

The renovation of Hinkle Fieldhouse moved the Yell Like Hell skit performances from the basketball court onto the stage of Clowes Memorial Hall.

Road construction on Sunset Avenue will change the route of the parade.

There will be some programming changes during the week as well.

“Celebrating responsibly” was a presentation given the last few years by a Butler University Police Department officer about the dangers of drinking irresponsibly. ‘Butler is…’ is an opportunity for alumni, faculty members and the special events committee co-chairs to talk to students about what Butler means to them.

Another change is the transition from the annual food drive to a book drive. The books will be donated to Indy Reads.

Wegener said the book drive is “a little more meaningful.”

“Indy Reads is an organization that doesn’t get a lot of attention from Butler,” she said. “We wanted to shed some light on them and the awesome work they do as well.”

This year for the traditional dress-up day, students are no longer required to check-in at Starbucks. Instead, each team has its own hashtag to post alongside pictures on Facebook and Twitter.

The posts have to be public in order for the pairing to get credit for it.

Wegener said as students gear up for Homecoming, they should remember the focus is on Butler spirit.

“Homecoming is for everybody,” she said. “We really wanted to focus on that; we wanted to get as many people involved