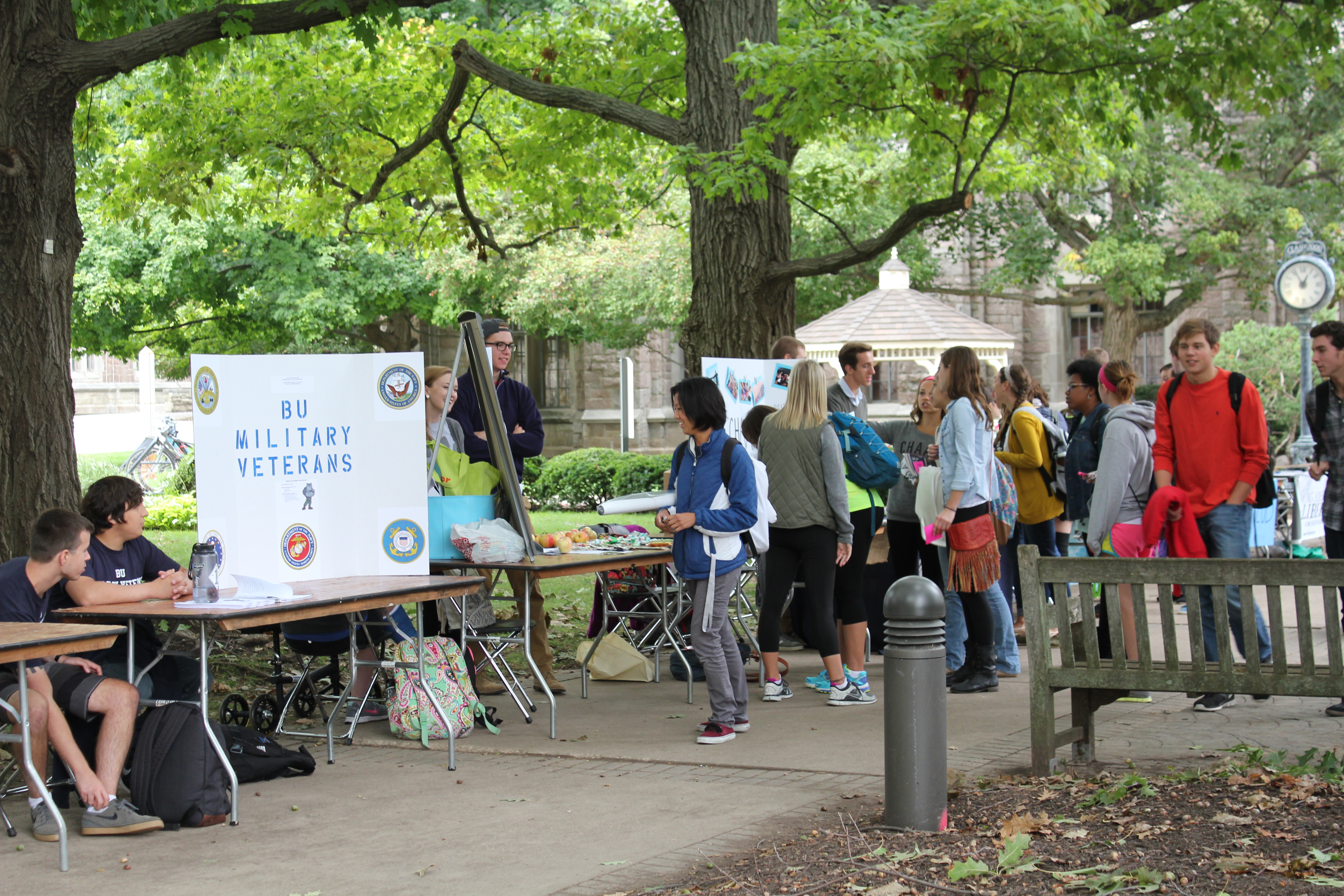 Threats of rain and strong winds forced the programs for leadership and service education office to move Block Party from outside on Tues. Aug. 26 to inside on Fri. Aug. 29.

Week of Involvement acted as the solution for Block Party being rescheduled and canceled again, said Genevieve Sullivan, assistant director of the PuLSE office.

“It was something we had been planning on starting,” she said. “Because we had some feedback, and I think rightfully so, that Block Party can be a little overwhelming for students.”

The week involving tabling outside of Atherton Union was originally scheduled for Sept. 15 – 19 to give students a second, less-intimidating chance to sign up for clubs and organizations, Sullivan said.

The PuLSE Office received feedback saying clubs and organizations already had events planned for before Week of Involvement started.

“There were a couple date changes, but we were hoping to best accommodate as many student groups as possible,” she said. “It stinks when you have a call-out meeting scheduled for Sept. 15 and you won’t even have a chance to table before then. We tried to move it up as much as we could.”

The tabling dates were changed to Sept. 8 through 16.

Block Party is scheduled to hit a “sweet spot” during Welcome Week when students are on campus with little else to do, Sullivan said.

Week of Involvement dates were moved up and scheduled based on several factors.

Sullivan said PuLSE considered scheduling conflicts and commuter students when they chose to do the tabling during peak lunch hours outside a dining hall. The location would attract the most traffic and allow people to visit during their passing period.

Each date hosted organizations in different categories, such as academic clubs, Greek life or club sports.

Every organization has a different timeline of acquiring new students.

“It isn’t any worse,” she said. “It’s just different, and different is not always comfortable. The jury is still out on long-term effects though.”

The Panhellenic Association and Interfraternity Council do their own outreach at Block Party, but the organizations have their own avenues to get in touch with people interested in recruitment.

“The downside for the individual organizations is that they didn’t have any exposure,” Dreutzler said. “But it is not like they’re signing people up independently when they’re at Block Party.”

Clubs and organizations like the International Club and the gospel choir, Voices of Deliverance, take new students throughout the year.

Marcus Harvey is the co-president of the Voices of Deliverance, which is housed in the Diversity Center.

He said he was pleasantly surprised by the turnout at both Week of Involvement and the Diversity Fair, an event hosted by the Diversity Center for their own organizations.

“It was kind of more jumbled than Block Party,” he said. “ But I liked the idea of having it separated by interests.”

He said he disliked the time constraint created by tabling during the middle of classes.

“It seems like it’s a little unfair to people,” Harvey said. “If they have class, they might only have ten minutes, but they want to talk to three clubs.”

Sullivan said she thinks any other option than the original Block Party time would run into the same dilemma of conflicting schedules, whether it is a rain date or Week of Involvement.

“There is going to be an attendance difference,” she said. “There are absolutely going to be less people at Week of Involvement everyday than there are at Block Party at one time, but we’ll just have to see how that turns out with the recruitment from the students. We’re hoping it’s comparable for them.”

Harvey said, the results from Week of Involvement are fairly similar to those from Block Party.

Alex Johnson, president of The International Club, said she has full sheets of names from Week of Involvement and Diversity Fair.

“The bigger number I start with means the better chance I have of actually retaining some of the students,” she said.

Johnson said she plans on reshaping the focus of the club, so she would like more people involved.

Other organizations, such as the Butler Dance Team, require auditions, so they had a strict timeline.

Taylor Brown, captain of the Dance Team, said the team used on social media to promote their auditions, which took place the day after the second attempt to host Block Party.

“We relied on older members and tweeted at (Butler University President James) Danko and (Vice President for Student Affairs) Levester Johnson to promote it,” she said.

Brown said most students who auditioned actively sought out the team.

“We had to cross our fingers and wait,” she said. “I felt like I could breathe again when I had a list of 17 girls.”

Freshman Rachel Anderle did not know exactly what she wanted to be involved and said she feels like she like a vital opportunity to get involved after Block Party was canceled.

“I barely knew what Week of Involvement was,” she said. “And it was being shoved down my throat along with my new classes. I don’t know what all is offered here. I was looking forward to seeing everything laid out.”

Anderle did not attend Week of Involvement tabling dates.

“I had classes,” she said. “I had things that I needed to do. If we had Block Party, I would have gone with that express purpose.”

Anderle said she is still looking to get involved on campus.

Druetzler said the event has room for change and growth.

“I think with anything, you learn a lot the first time you do it,” she said. “You learn what works well. You learn what if there’s any shortcomings and ideas for the next time we do this.”

Sullivan said in the future, the PuLSE Office wants to host both Block Party and Week of Involvement to give students a second, less-overwhelming chance to look at club at organizations.