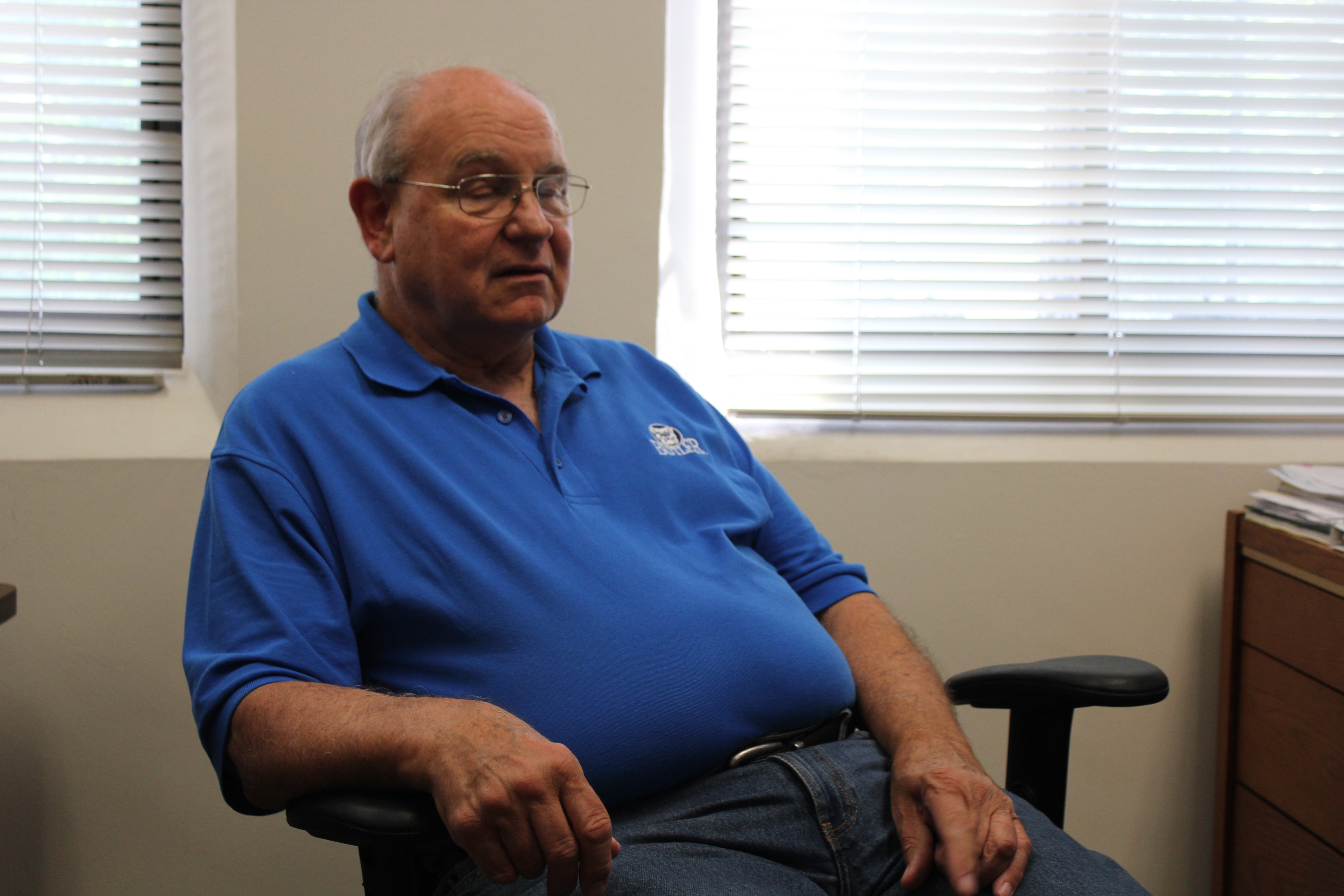 A professor moved into Residential College 24 years ago, and he has been there since.

Duane Leatherman started serving as a Faculty-in-Residence in 1989, the inaugural year of the program.

He lived in Schwitzer Hall his first year.

Leatherman has been a FIR for 25 of his 32 years at Butler. He was the second FIR in the program and the first to live in ResCo. He still resides in the D wing.

He spent four years teaching at Ball State University in Muncie, Indiana, before coming to Butler to teach mathematics and actuarial science.

Leatherman said he was attracted to Butler because of its smaller campus. He feels it is easier to make lasting connections outside a traditional class setting.

“Inside the classroom it is so difficult,” he said. “You don’t really get to know (the students). I have met and retained friendships with many students through the years because of the program.”

Leatherman said he stays in contact with many of his former students.

ResCo Resident Assistant Zoe Castellano said Leatherman keeps former students on an emailing list. Students can choose whether or not they want to receive the emails after they move out.

“If you do he will send you stuff,” Castellano said.  “You are always welcome back, even if you don’t live in his unit anymore.”

“My wife and I actually sang at two of them,” Leatherman said.

Being onstage is common for Leatherman. He participated in more than 100 theater productions in 30 years in Indianapolis.

Theater brought Leatherman recognition from local organizations, such as the Encore Association, a non-profit, non-professional theater group in Indianapolis that awards actors and actresses annually.

“I have been nominated probably 20 times,” he said. “And I have won twice.”

The theater also brought him his wife.

Duane and Linnea met while working on a production of “Camelot” in 1987.

They have lived together in ResCo since they got married 21 years ago.

“It takes some work to get everything set up, then cleaned up. I’ll do a couple each semester,” he said. “I like to take (the students) to dinner. We try to do ethnic dinners.”

Castellano attended many of his open houses.

“He will go out of his way to make sure there is a lot of food and everyone feels welcome,” she said. “He did a pie night once. He got 30 pies and separately heated up every one of them, so we could have warm pie.”

These events allow Leatherman to form meaningful relationships with students.

“It has been a wonderful experience,” Leatherman said. “I don’t have kids of my own, so I have adopted many Butler kids.”

Merrill Grant, a 2002 alumna, moved into ResCo in 1999. She heard about the Leathermans’ love of theater.

One day, he received a call from Grant’s mother.

“Her mom said she had some bad news,” Leatherman said. “She wanted me to convey the news that her father had just died of a heart attack. She said I don’t want to tell her over the phone, and I want someone with her when she finds out.”

Leatherman looked up Grant’s schedule and called his wife from the bookstore to meet at the apartment.

“We sat down and told her about the fact that her father had just past away,” Leatherman said. “We were with her when she called her mom. She adopted us. We took her on several trips, and she calls me Papa Duane. She’s like my kid. She calls on Christmas. She calls on Father’s Day.”

Castellano said he truly cares about the students he lives with.

He also serves as FIR liaison, due to his historical knowledge of the program, said Anne Flaherty, dean of student life.

Leatherman was hired before FIRs had term limits written into their contracts.

“In contracts of newly hired FIRs, we do have language that says eight to 10 years,” Flaherty said. “He came in not under that term limit, but every year there is an evaluation process.”

Leatherman said he plans to keep his position as FIR as long as possible.