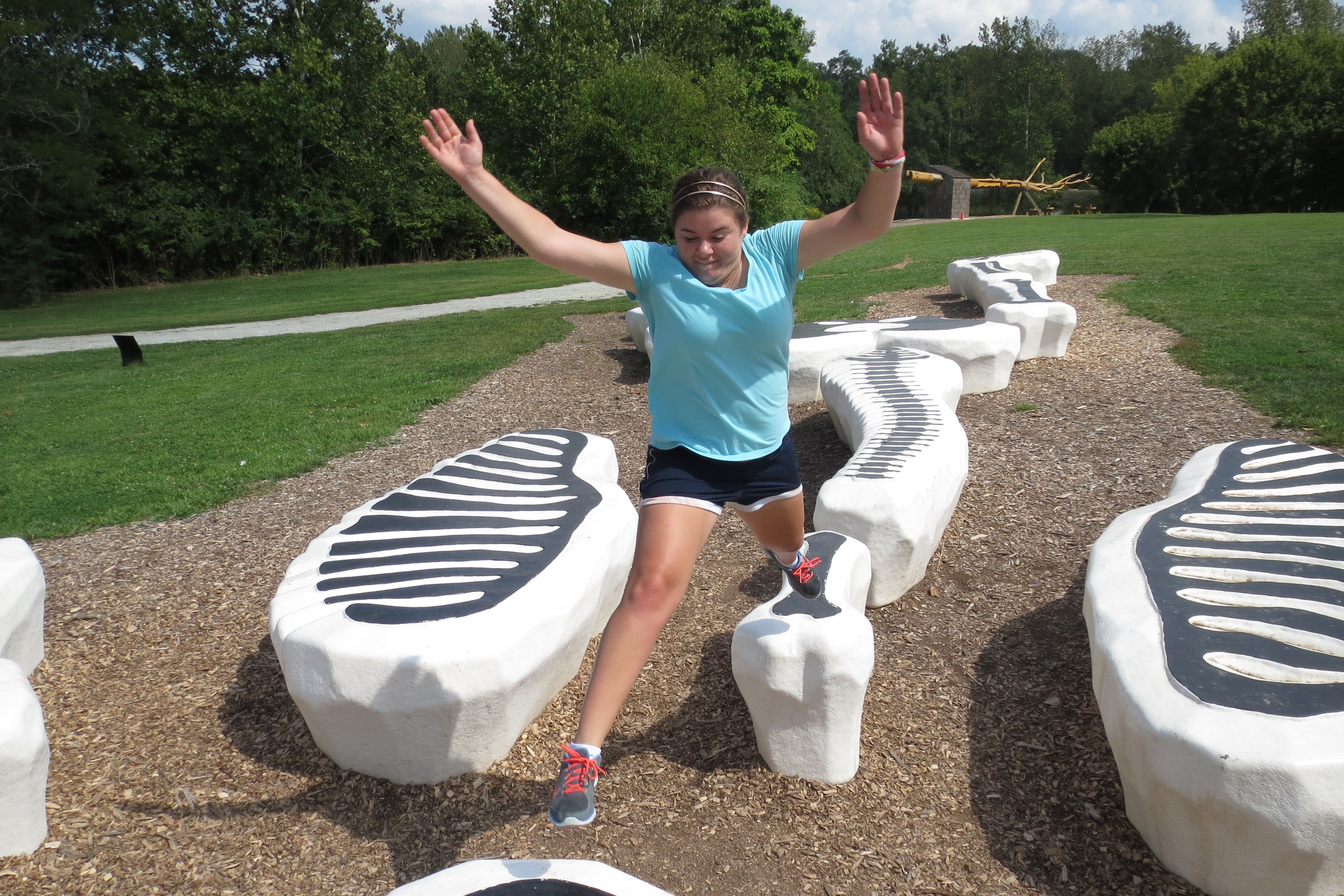 OUT ON THE TOWN

In about 20 minutes’ time, you could stroll from Butler’s campus to the place where Augustus Waters and Hazel Grace Lancaster picnic in John Green’s novel “The Fault in Our Stars.”

The Virginia B. Fairbanks Art & Nature Park: 100 Acres sits in the backyard of the Indianapolis Museum of Art and is home to contemporary art installations that offer visitors a completely hands-on experience.

The park’s website claims “100 Acres is one of the largest museum art parks in the country and one of only a few to feature ongoing commissions of temporary, site-responsive artworks.”

A group of Butler sophomores walked the trails of the park together over the weekend and discovered the artwork, both big and small.

“The highlight of the trip was realizing how much culture there is in Indianapolis so close to campus,” Katie Koschnick said.

The girls said they particularly enjoyed “Chop Stick,” which was created by the Swedish architecture duo known as visiondivision.  This installation was made entirely from a single 100-foot-tall tulip tree and allows visitors to swing beneath its trunk.

Farmers cultivated the land until the 1940s, when construction of a nearby interstate turned the fields into a quarry. The lake, visible today, is a result of the mining excavations.

Since then, nature has been in charge of the land, and visitors are able to explore the park free of charge.

“It was really nice to experience nature while being so close to campus,” Claire Mauschbaugh said.

100 Acres is outlined by the White River on one side and bumps into the man-made canal on the other. The landscape is constantly changing with the rise and fall of the lake due to the river’s flow.

Unlike many art installations, 100 Acres hosts no security guards. People of all ages are invited to play and experience the artwork.

One of the park’s most famous pieces is “Funky Bones” by Dutch artist Atelier Van Lieshout.

“Funky Bones” is one of many Indianapolis locations Green portrays in “The Fault in Our Stars.” Here, Augustus takes protagonist Hazel on a Dutch-themed picnic, complete with Van Lieshout’s artwork, Dutch cheese, and the surprise of an upcoming trip to Amsterdam.

While Butler students might not experience quite the same day as John Green’s characters, “Funky Bones” does provide a great place to study for your next anatomy test. The artwork is comprised of 20 fiberglass depictions of bones that form a human skeleton.

“Free Basket,” constructed by Los Carpinteros, is a sculpture that shows the trajectory of a bouncing ball on a basketball court. The goal of the project was to focus on the importance of basketball in Indiana, and to give the people of Indianapolis a place to play.

“It surprised me that I had never been there before because it’s so close,” Meg Talley said.

It took the girls 20 minutes to walk from Butler’s Fairbanks Center for Communication and Technology to 100 Acres along the Central Canal Towpath.

Visitors can also access the park by driving and parking in the 100 Acres lot or by walking from the museum.

“The walk to the IMA is a good workout, but not too far to where it is inconvenient,” Talley said.