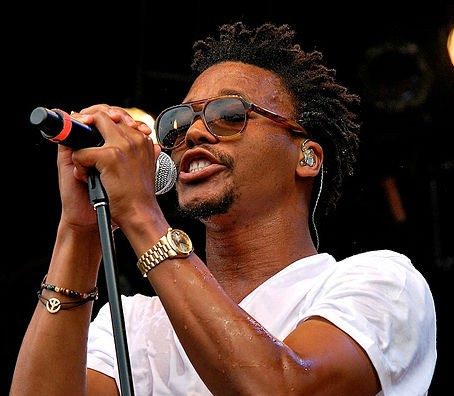 The Butler University Student Government Association announced last week via its Facebook and Twitter accounts that Lupe Fiasco and Smallpools will be rocking the South Mall at this year’s ButlerPalooza.

The duo of acts appear to hint at a trend, as last year’s ButlerPalooza lineup also included a rap set and an indie performance—B.o.B and Youngblood Hawke graced the campus for last fall’s show.

But the concert planning committee did not necessarily shoot for that diverse blend.

“At the very beginning, it was a spitballing process,” junior Melanie Gaston, a first-year concert planning committee member, said.

The three-member committee, composed of Gaston, Becky Bolton and Charles Politi, started the planning process with a list of more than a hundred desired artists. Then, the process of elimination began.

Artists were bracketed into three groups: A, B or C.

‘A’ artists were considered to be of the highest priority, but many factors affected the final choices. Who was within the budget and who was touring at the time of the event were both major considerations, but language is usually the biggest barrier that bars artists from visiting Butler, Gaston said.

“Since we are in the middle of the Butler-Tarkington neighborhood, and since it is an outdoor concert, we have very specific limitations on who we can and cannot have, based on their lyrical content,” Gaston said. “Whether it’s how many swear words are used, or whether they are talking about drugs or sex, it has to be approved by Student Affairs.”

Bolton, who has served on the committee for the past two years, added that “a lot of the artists really don’t want to do a clean show.”

Of course, some artists are unavailable for personal reasons, such as weddings, social events and family occasions.

“You forget that people have real lives aside from being touring musicians,” Gaston said.

Rejection reaped frustration for the committee this year, but in the end, two ‘A’-list artists were secured to perform in the fourth installment of ButlerPalooza, an installment that shares last year’s location—the South Mall.

Having ButlerPalooza outside gives the show “an outdoor festival vibe,” Bolton said.

During the first two years of ButlerPalooza’s existence, Clowes Memorial Hall hosted The Fray, Chiddy Bang and Smash Mouth, respectively, but Bolton said she saw the venue as a limitation.

Tickets had to be picked up in advance. Only a limited number of students could attend. Padded seats replaced the classic standing-room-only concert feel.

Now, students can gather in the open grass and enjoy the eclectic sequence of sets, but the committee doesn’t view the current ButlerPalooza experience as a finished product.

“I think ButlerPalooza is still growing,” Gaston explained. “This is its fourth year of existence. People fought for a long time to make ButlerPalooza happen, and I think it is up to us and our successors to keep it growing and branch out further.”

Gaston and Politi are already searching for possible dates for next year’s event, but, for now, Butler students can prepare to enjoy what most college-aged people with college-aged budgets desire: free entertainment.

This year’s ButlerPalooza is scheduled for Saturday, Sept. 6, at 7 p.m.