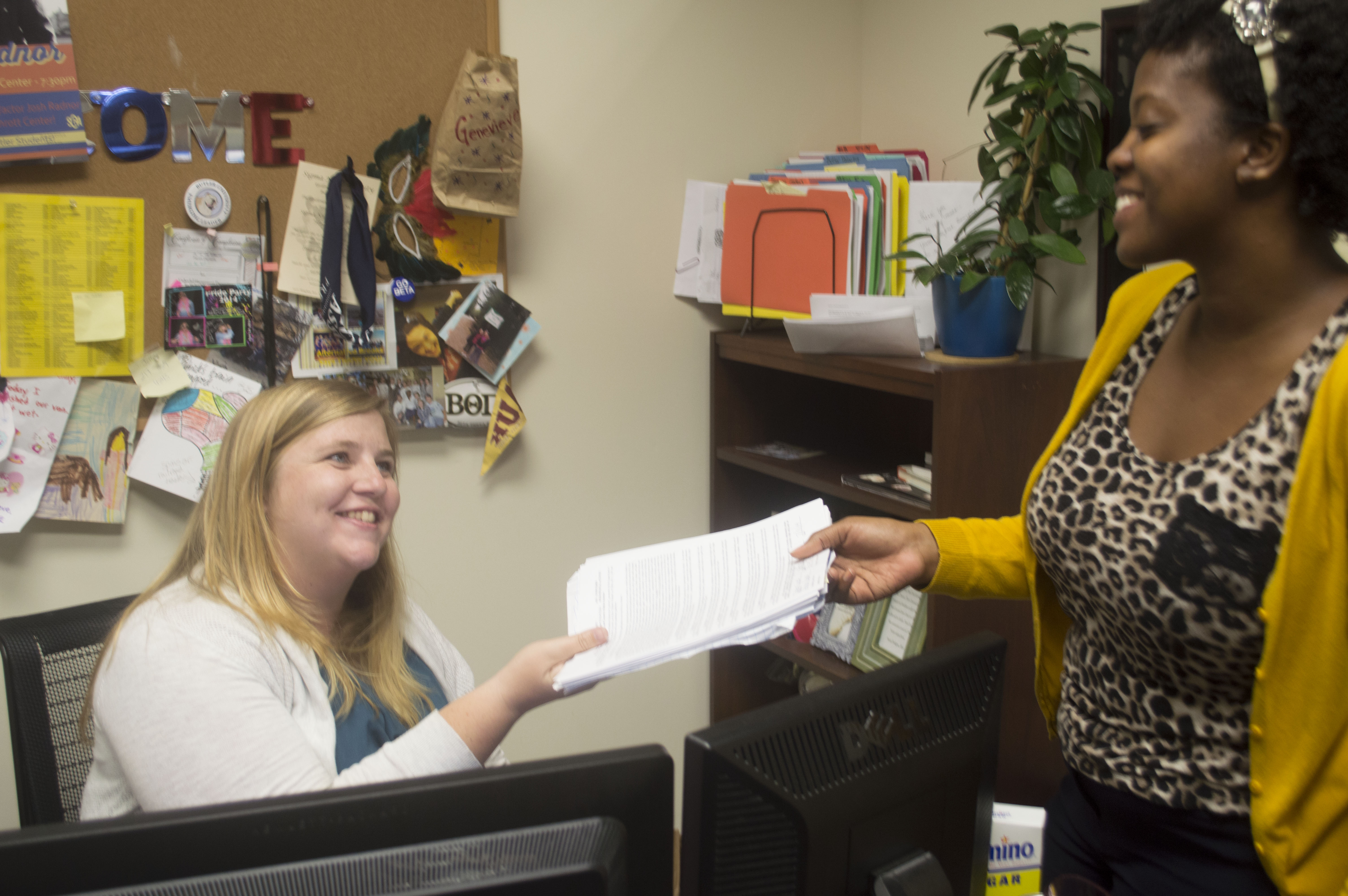 In her college days, administrators told her she would excel in a career in student affairs.

Eight years later, Genevieve Sullivan is putting her percieved talent to good use as assistant director in the Butler Programs for Leadership and Service Education office.

Sullivan began working in March for the PuLSE office, which handles “co-curricular and campus wide programming,” according to the Butler website.

In her role, Sullivan co-advises the Student Government Association Program Board with Erica Garnett.

Of the 10 program board committees, Sullivan advises concerts, podium expressions, dance marathon, late night, and out and about in Indianapolis. She also advises the operations board and co-runs the Emerging Leaders and Ambassadors of Change pre-Welcome Week program.

Originally from South Bend, Indiana, Sullivan said she is “happy to be back in the Hoosier state.”

Sullivan completed her undergraduate education at the University of Mary Washington in Fredericksburg, Virginia. She was involved on campus with volunteering and events.

She said her most memorable volunteer experience was with Hope House, a transitional home for women and families. Sullivan volunteered with this program all four years of college. She said the most fulfilling thing about working with Hope House was seeing a family that she worked with go from being homeless to living in a home that they helped build with Habitat for Humanity.

After graduation in 2006, she followed her passion for volunteering and worked in non-profit event planning in Chicago. After four years in Chicago, Sullivan said she reflected on what she wanted to do next and student affairs was at the top of her list.

“Student affairs was this seed that had been planted four years before,” she said. “It just needed a little time to grow.”

Sullivan then got her master’s degree in higher education from the University of Denver in Colorado, where she worked with volunteer planning and Greek life.

After graduating with her master’s degree, she began working in the volunteer center at Sonoma State University in Northern California.

Although she said she had not planned on traveling, Sullivan said her experience influenced her and her work.

“It was really interesting to go to other parts of the country and see the cultural differences,” she said. “I think it has given me a really good perspective and a lot of different ideas for programs and working with students. It has been really great.”

More recently, Sullivan chose to return to her home state. She said, of all of the schools in Indiana, Butler was a perfect fit.

“I chose Butler because it is close to home, but it has a lot to do with the reputation of the school. Everyone loves it,” she said. “(Choosing Butler) had a lot to do with my undergraduate experience. I think that the size of the school and the number of students involved really speaks to me, just the family and community here.”

“Alternative Spring Break was my second week of work,” she said. “It was a great way to jump in, and I met so many students right off the bat. Although it was an overwhelming start, it ended up working out, and I got a sense of who students were here and the type of wonderful students we have here at Butler.”

“She is friendly and warm,” Huser said. “Genevieve is always willing to help.”

Junior Matt Brooks, a student worker in the PuLSE office, said he looks forward to continue working with Sullivan this year.

“I worked with her on Exam Jam last spring,” Brooks said. “She helped us with ideas. She’s really bubbly and open. She’s willing to try new things and take risks.”

Sullivan said the staff is excited for the year.

“There’s a lot of high energy in the office,” she said. “And it’s been really fun. There’s always a lot of positive energy coming from the PuLSE office.”