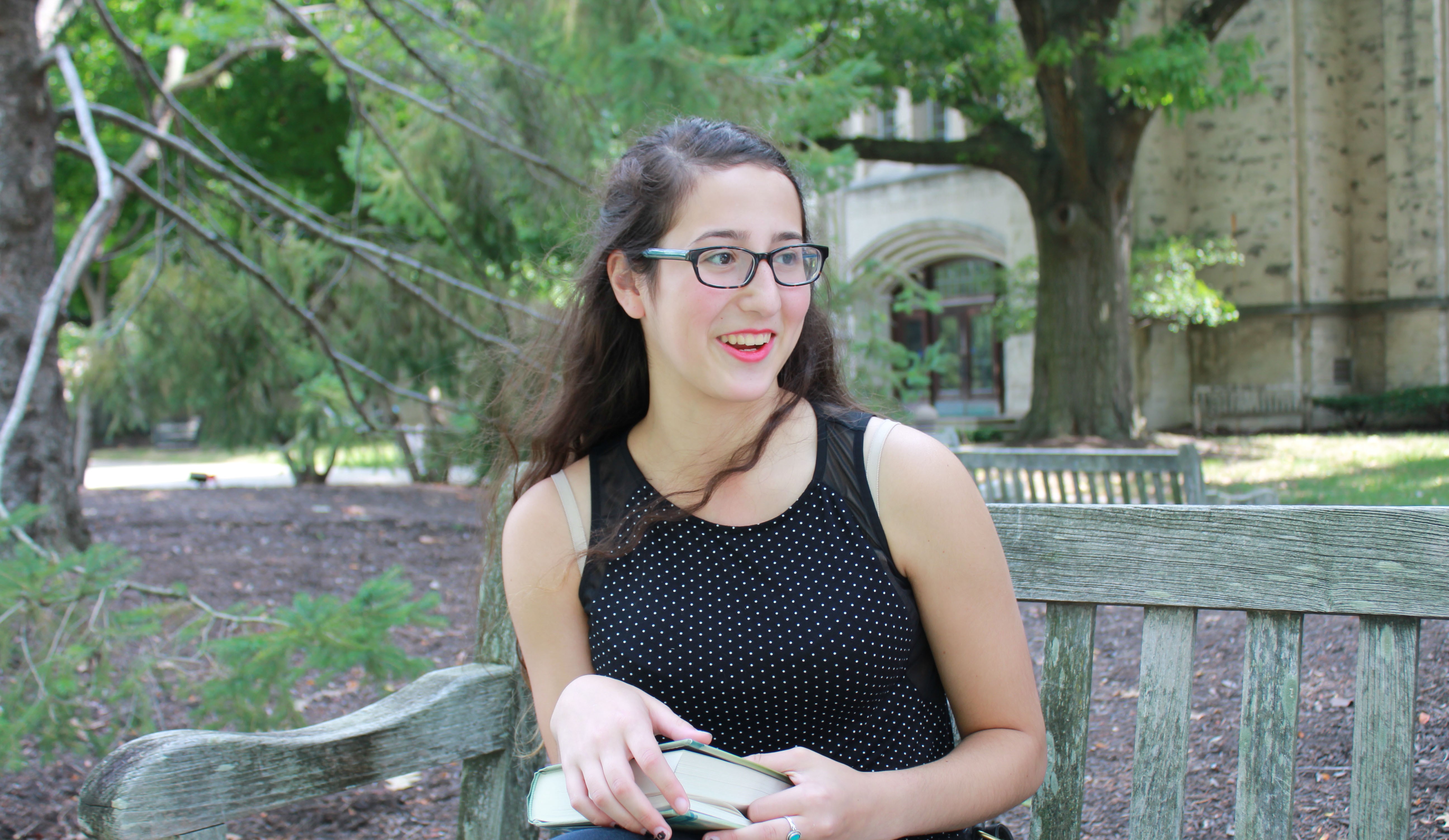 Spotlighting the everyday humans around campus

A group of shirtless fraternity brothers lingers on the Mall.

They throw their frisbee back and forth between bouts of laughter and proud high-fives. In between congratulations and taunts against the opposite team are random outbursts of “The Boys are Back in Town,” meant to accompany the lyrics of Thin Lizzy.

The tune escapes through a Beats Pill, which lounges lazily in the B of the BU sign.

Sophomore dance major Arianna Benis does not move despite all the commotion. She remains poised in her cross-legged position on a bench outside Atherton Union, just feet from the young men. In her hands is a copy of “Divergent” by Veronica Roth.

Instead of listening to ‘70s music or playing ultimate frisbee on the lawn, the happiest moment of the year so far for Benis has been moving into her sorority house, she said.

“It is a lot of fun, getting to live with all of these cool girls,” Benis said. “They’re all pretty amazing. It’s awesome.”

But, ultimately, Benis said she is here to follow her dreams.

Benis’s role model, her mother, is going back to school after four decades to follow her passion, something that drives Benis to pursue her own.

“She is going to law school,” Benis said. “I’m super proud of her for going back to do what she wants to do with her life. It’s pretty amazing after 40 years.”

Benis said she understands the dance career field is a competitive one, but she hopes to earn the training she needs here at Butler to later land her dream job.

Across campus, the Quad is much quieter. It is empty, save for a lone student, waving his hand in the air while he chats on the phone, and a trio of men talking while they walk together.

Junior music and English major Wes Sexton, one of the three, is clad in a simple white tee-shirt and cargo shorts.

Elliot Harrod’s happiest moment did not concur with Sexton’s, simply because he did not partake in the self-proclaimed famous French toast.

What does make him happy is playing the trumpet, something he has done the last seven years, he said.

Last year, as a freshman, Harrod played in various ensembles with other Butler students.

The best part about playing the trumpet on campus is “to be able to play different styles really well with the guys here,” he said.

In fact, his role model is a famous trumpeter, Wynton Marsalis.

At this, Sexton interjects long enough to pipe in: “It wouldn’t be weird if you had said me.”

Through it all the third friend just quietly chuckles, and, at the end, said, “Can I pass?”