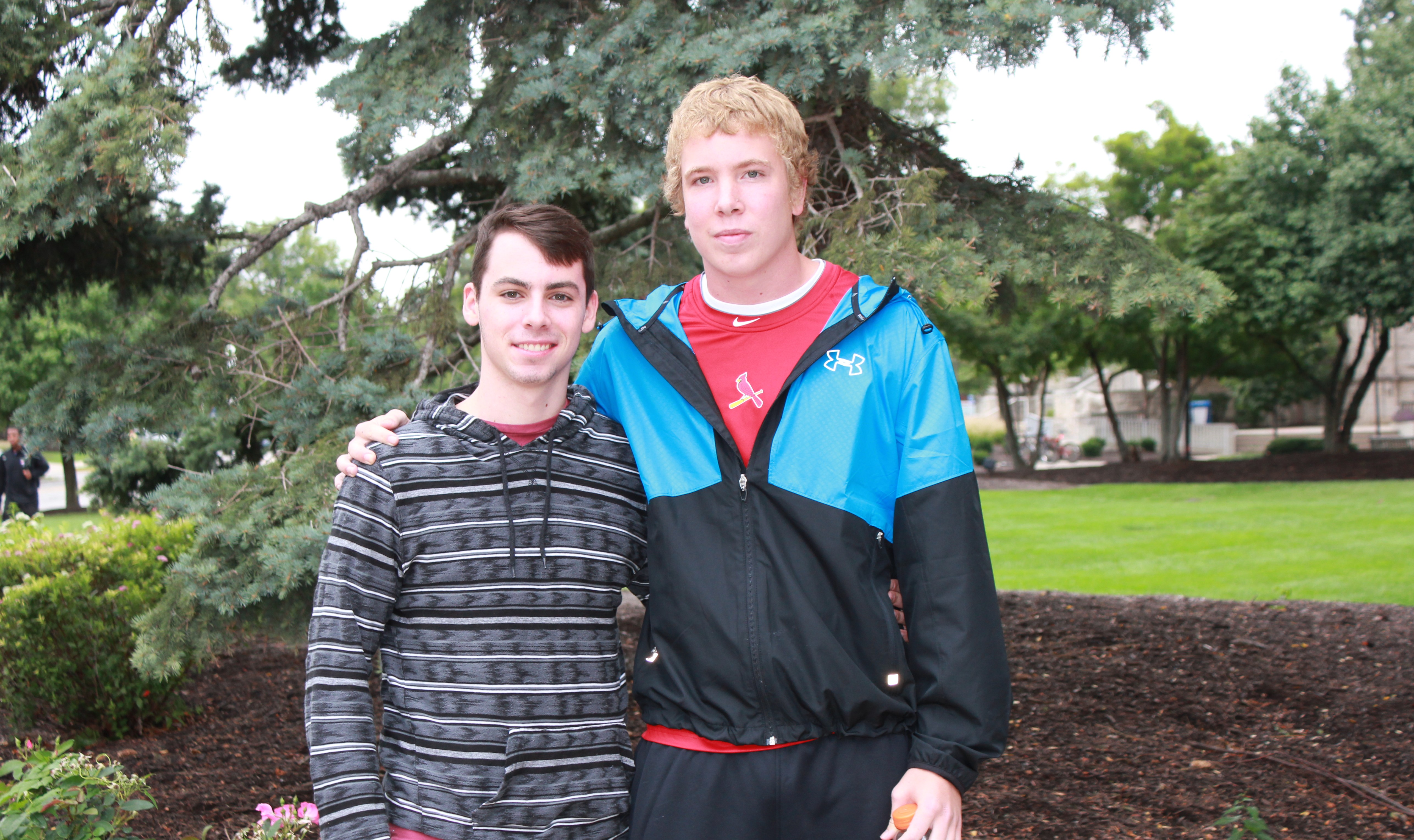 A few girls relax on benches with scarves and books. Randomly assigned roommates and freshman business majors, TJ Brinker and Nick Emmenegger are “headed to hang out at Schwitzer with our squad.”

Though Brinker and Emmenegger have only known each other for the few weeks they have been living together, they have quickly become friends. They also are able to bond over their majors and similar career goals.

His two older brothers both work for Brown Shoe Company, Inc., which owns and operates businesses such as Famous Footwear, Dr. Scholl’s Shoes, and LifeStride.

Emmenegger said he hopes by majoring in business at Butler, he can get a head-start in the footwear industry and eventually catch up to his brothers. His siblings have already landed him a job at Famous Footwear.

“My brothers had a job straight out of college, and it couldn’t have put them in a better situation,” he said. “So, hopefully with connections and the whole family, that’ll get me an easy job there.”

Brinker, on the other hand said he, is at Butler to pursue his dreams of one day being prominent in the foodservice industry or even owning a restaurant.

His father has been “working for his whole life with Michigan Pizza, and it’s just inspiring,” he said.

Brinker jokingly said that as a young boy, the best part of watching his father climb the restaurant-industry ladder was eating the free pizza his father brought home from work.

The freshman said he looks up to his father and hopes to be just as successful one day, he said.

“My dad is an inspiration, really,” Brinker said. “I mean, just watching him, it seems like something I would want to do when I grow up.”

Though the relationship between Emmenegger and Brinker is just beginning with their freshman year of college, the two already act like brothers.

They continued on their path toward Schwitzer Hall with laughter and excited whispers of, “We’re going to be famous!”