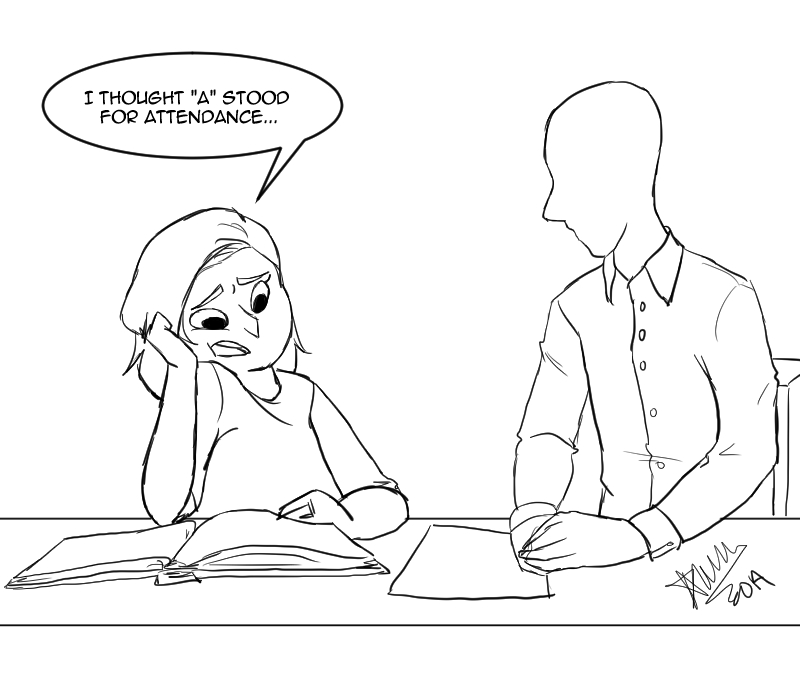 We all know the phrase “C’s get degrees.” Some students are perfectly OK with that. However, there are a number of us, myself included, who want to be more than just average students.

With mid-terms right around the corner, college students locally and nationally are pushing themselves and their professors to achieve the illustrious 4.0 grade point average.

Despite the students’ efforts, some professors are still reluctant to give them “A’s” in the course.

Sophomore pharmacy student Aaron Brown said, in some courses, feels it is almost impossible to get an “A.”

“The unachievable ‘A’ has two negative consequences for students,” Brown said.  “You are either discouraged to try as hard or you are pressured to do more work and studying for the same exact outcome.”

I, along with some of my fellow classmates, share Brown’s frustration.

Professors who are not willing to ease their grading scales undoubtedly make college more difficult.

Professors at Butler, however, often see the advantages in being somewhat stern with their teaching styles.

A challenging class can motivate students to work harder, develop stronger skills within their fields of interest and set the truly exceptional students apart from the crowd.

Stephanie Fernhaber, an assistant professor at Butler, has given two opposing sides to the tough grading scale.

“On the high end, it gives advanced students something to strive and push for,” Fernhaber said.  “On the opposite end, I imagine it can be discouraging, especially for freshmen who either were used to receiving an ‘A’ solely for submitting their work and are now no longer the standout student.”

Fernhaber’s opinion, often shared by other professors, is what sets up many Butler students for success at the collegiate level.

Meanwhile, other nationally recognized private institutions, such as Harvard University, are becoming known for their inflated grading scales.

Jay Harris, Dean of Undergraduate Education at Harvard, said the most frequently awarded grade at Harvard University is actually an “A,” according to The Harvard Crimson newspaper.

“It represents a failure on the part of this faculty and its leadership to maintain our academic standards,” said Harris.

Sure, the easy “A” looks good on a transcript, but is it worth the cost of being exempt from the scholastic trials that make us better students, employees and people in general?