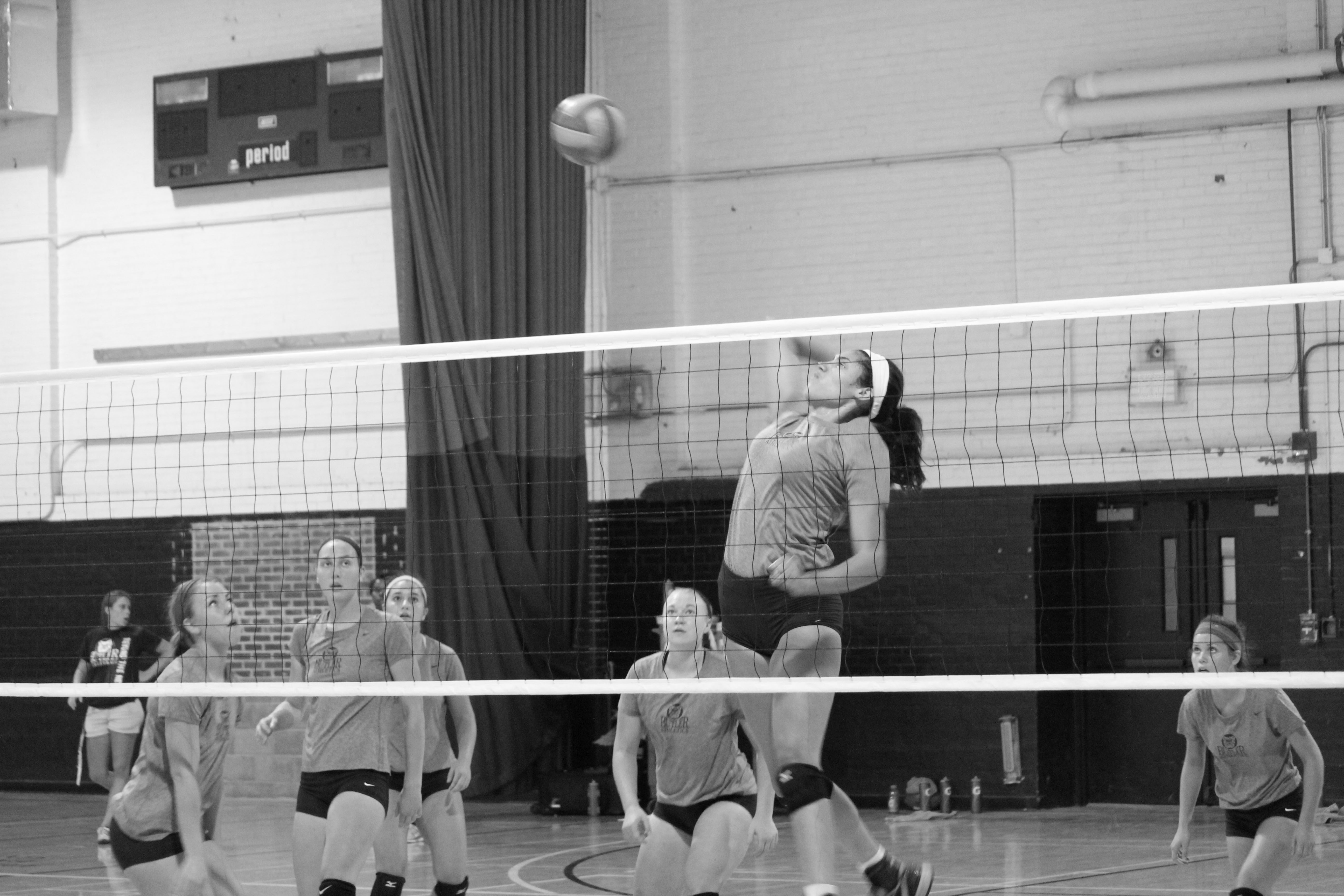 The Butler volleyball is team coming off a season that saw the highest winning percentage in the school’s history. However, the team ended the season with a bitter taste in its mouth.

“We kind of felt like the NCAA overlooked us when they picked the at-large field last season,” senior hitter Belle Obert said. “That’s what is driving us this season.”

The Bulldogs return numerous pieces, including six returning seniors that helped to post a 24-8 record.

“We’re going to look to Belle and Erica to lead us offensively and also defensively at the net,” Clark said. “Stephanie Kranda and Brooke Ruffolo have also grown into leadership roles, as well.”

Clark said the senior leadership will allow for a smoother transition for newcomers. The roster has six freshmen and a redshirt sophomore transfer.

“It’s great for us to have those seasoned vets to help our freshman along,” Clark said.

Among the new faces, a couple will be asked to make an immediate impact in their first season with the program.

“Makayla Ferguson has proven this preseason that she is ready to step up this season, even in her position as the quarterback on the floor,” Clark said. “Kayla Bivins (a transfer from USF) is going to be looked to for key contributions, also.”

This season, the team will have to overcome obstacles with the renovations currently taking place inside its typical home venue, Hinkle Fieldhouse.

Hinkle is currently undergoing a $34.9 million facelift and is not slated to be ready for play until Nov. 1. The team will host two matches–Oct. 3 vs. Seton Hall and Oct. 4 vs. Villanova–at Shortridge High School in Indianapolis and two matches–Oct. 8 vs. DePaul and Oct. 15 vs. Marquette–at the HRC. Clark is embracing the unusual circumstances.

“We’re excited to be able to play two matches out in the city [at Shortridge] and two in our own HRC,” Clark said. “It will give us a chance to reach more fans this season.”

The players have followed her lead.

“Being on the road so much early on will give us a chance to get used to playing in different venues,” senior libero Brooke Ruffolo said. “Which will be valuable down the stretch.”

The team opens play at the Bluegrass Battle in Lexington, Kentucky, hosted by the University of Kentucky. The Bulldogs will play three separate  matches against Virginia Tech, Kentucky, and Wichita State. Wichita State and Kentucky were NCAA tournament participants last season.

“This first weekend is going to be key for us,” Clark added. “These are all strong programs and getting some wins will be important early on.”

Clark said the emphasis will be on the details.

“We need to be really good at the little things,” Clark said. “Ball control is our number one factor to be successful and we need to be disciplined this season, and we are working on that.”