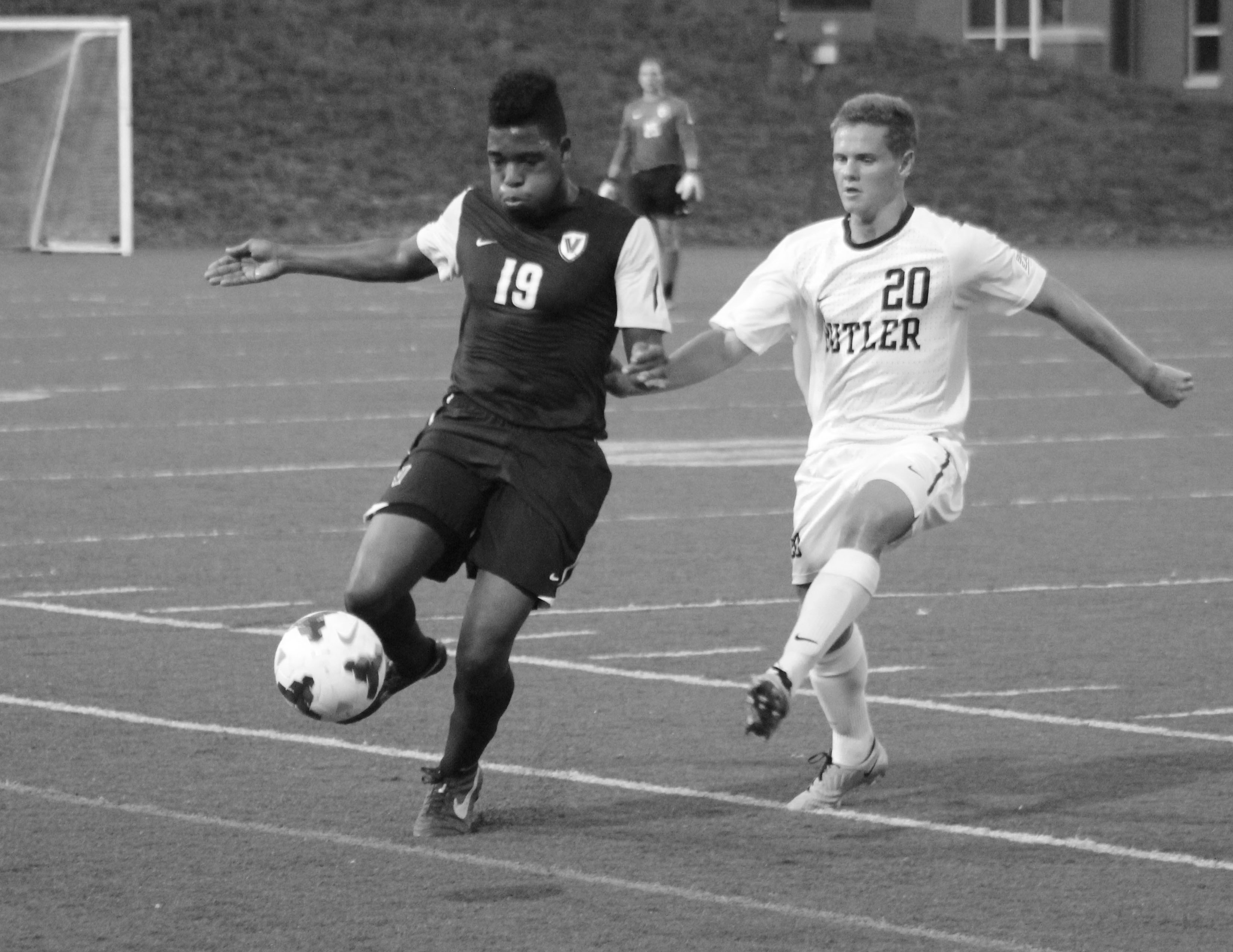 Head coach Paul Snape said the team gained confidence in its ability to play well with a new level of competition.

“Last year was huge,” Snape said. “(The team) realized it can compete against anybody.”

Sophomore forward David Goldsmith still reflects on one of the more memorable games in the men’s soccer program’s history—Butler’s come-from-behind victory against Indiana. A game where the Bulldogs rallied from a 2-0 deficit to win 3-2 in overtime.

Goldsmith scored the game tying goal, but said he did not immediately grasp the significance of the moment.

“I didn’t really understand how big it was. I thought the game was over,” Goldsmith said. “I thought it ended as a tie. Then someone told me we had more time.”

He struck again in double-overtime, giving Butler the win. He called it a “fairy-tale ending.”

Goldsmith and the Bulldogs are looking forward to facing Indiana and other traditional powers again this year.

“We had a good season last year,” Goldsmith, 2013 Big East Rookie of the Year winner and second-team All-Big East honoree, said. “But we want to go further this year, do better in the conference, do better in the Big East tournament.”

Snape said the team is poised to compete again this season.

“We’ve got a lot of talent and creativity,” Snape said, “and we can score goals.”

The Bulldogs scored a total of 33 goals last season,  with 12 scored by Goldsmith.

Nevertheless, Steinberger said his sights are set high. His main goal this year? A national championship.

”We feel like we could be challenging for the Big East this year,” Snape said.

Despite some big dreams, players said they are taking it, “one game at a time.”

The Bulldogs will open their season this weekend at The Bert and Iris Wolstien Classic in Columbus, Ohio. They will face Canisius College on Friday and The Ohio State University on Sunday.