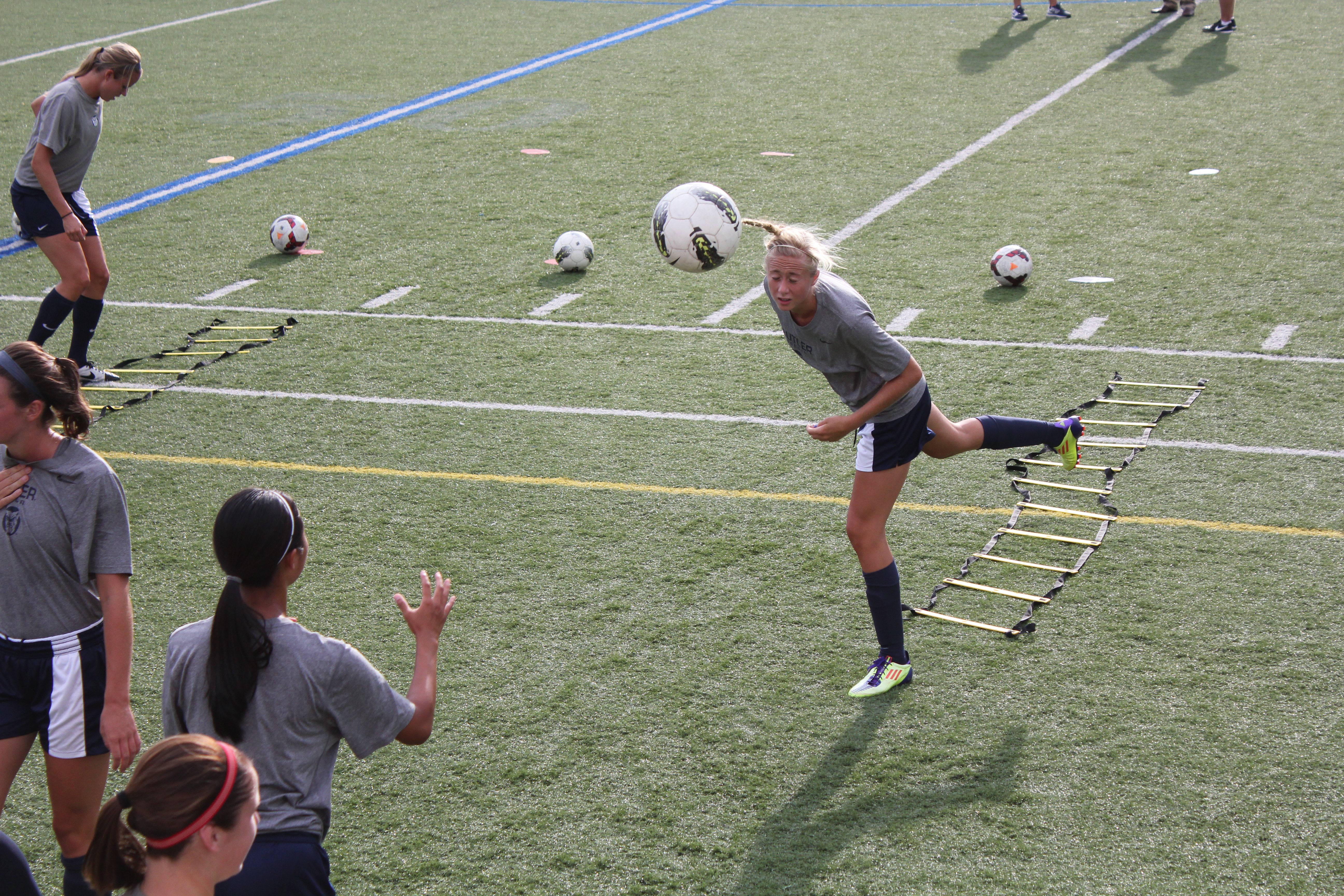 The Butler women’s soccer team played only two games this season, but  already developed a bond on and off the field.

“We’ve been doing a lot this preseason and just coming in it’s actually been really great,” junior forward Sophia Maccagnone said. “Our team has great chemistry already and we’re on the same page. We have all these goals that we want to accomplish.”

Butler won four of its first five games last season. After winning one of their first two games, the Bulldogs are looking hit their stride and find consistency.

“You use these games to figure out your team’s personality and to figure out what you can fix,” senior forward Elise Kotsakis said.

“Obviously, with (the games) being against Big Ten schools, they’re more important,” Maccagnone said, “because that’s going to prove what we have to offer for our team, our school, and also just show that we are a threat in the Big East.”

The team has plenty of youth on the roster this season, as it welcomes eight incoming freshmen. The veteran players are impressed with what they have seen so far.

“Not only are they hard working and good players,” Maccagnone said. “They also have great personalities that really add to our team and make everyone confident.”

Freshman Madison Card had the opportunity to play an important role early on starting as goalkeeper. She allowed three goals and had two saves.

Despite being shut out in the game against Miami of Ohio, players still feel good about the team’s offense. Butler outshot the Redhawks 15-8. Kotsakis said the team had better quality chances than Miami it just didn’t finish.

“I think we almost have all the pieces of the puzzle together, we just need that final piece,” Kotsakis said.