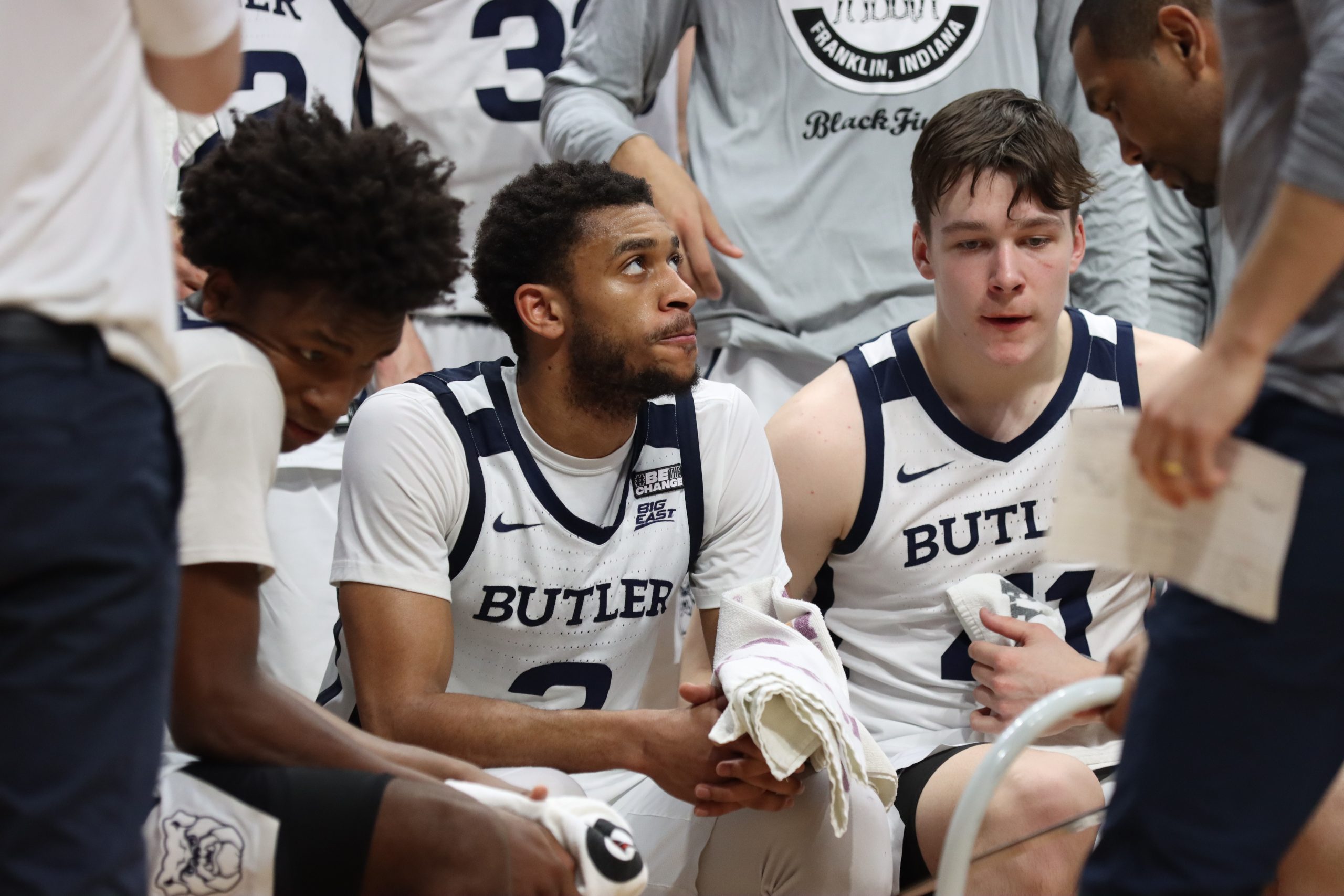 The Butler men’s basketball team will be back in action tonight in Nebraska to take on Creighton. The Bulldogs won the first matchup, 72-55, in Hinkle Fieldhouse on Jan. 26, led by Bo Hodges’ 18 points.

Until the 12-minute mark of the game in Hinkle, the Bulldogs and Bluejays were dead-locked — trading baskets, defensive stops and turnovers. But over the next three minutes, Butler unleashed a barrage of five 3-pointers and turned a four-point lead into a 19-point lead. It was the hottest shooting streak Butler has had all season, and it earned them a victory.

However, the Bulldogs should not expect the same magic heading to Omaha. Stretches like that don’t come around very often, especially for a team shooting 31% from behind the arc this season. Butler cannot rely on the hope of a hot shooting night and must excel in other areas to secure a Big East road win for just the second time this season.

Here’s what you need to know ahead of the clash with the Bluejays.

Last chance for Butler to make a statement

Despite a two-game losing streak — defeated by a combined five points — Butler has been much improved over the past five games. A close loss at current AP No. 11 Providence is nothing to scoff at, and the Bulldogs followed that up with two straight home wins over Creighton and Georgetown. Butler played well on the road at Xavier on Feb. 2, falling just short of a comeback, and had a chance to tie at the buzzer against a frisky St. John’s team.

These close losses showed signs of promise within the Bulldogs, but time is running out. An NCAA Tournament berth is likely out of the question unless Butler wins the Big East Tournament, but other postseason tournaments are still in reach if the Bulldogs have a strong finish to the season.

The only problem is the last stretch of the regular season is difficult to say the least. Butler only has three home games out of the eight remaining, all against the top three teams in the conference — No. 11 Providence, No. 15 Villanova and No. 18 Marquette. Only one of the five remaining road matchups is currently ranked — Marquette — but winning games on the road is notoriously difficult in the Big East and Butler is just 1-4 in conference road games this season.

It is imperative that Butler starts winning on the road to have any chance of salvaging the season, and that starts against Creighton. Beyond the wildly hot stretch in the previous matchup with the Bluejays, Butler laid the blueprint down to beat this team. The Bulldogs had their best game rebounding the ball since conference play commenced, got to the free throw line, limited turnovers and had a great defensive showing.

It will be difficult to replicate everything, but there is no doubt that the Bulldogs know what they must do to come away with a victory.

Which Creighton will show up?

This season, the Bluejays have defeated Villanova by 20, Marquette in double-overtime, and on Feb. 1, beat UConn on the road. Creighton also beat Southern Illinois by just two points, lost to 7-14 Arizona State and just got blown out by Seton Hall on Feb. 4. This team has been very inconsistent but have thrived much more at home — the Bluejays are 7-3 in Omaha this season and 3-1 in the Big East.

Creighton has had a different leading scorer in each of the past five games, showcasing the team’s depth. Ryan Nembhard, Alex O’Connell and Ryan Kalkbrenner each have their days when everything is going right, but the true X-factor on the team is Ryan Hawkins. Hawkins has scored 18 or more points in five games this season and the Bluejays have won all but one of those matchups. In wins this season, Hawkins has averaged 14.7 points per game. In losses, that number falls to just 9.1. Much of this production is based on Hawkins’ shooting from beyond the arc — each of his three games hitting more than four 3-pointers resulted in a Creighton win over a ranked opponent.

The Bulldogs have been excellent defending the perimeter in the past four games, holding opponents to a combined 15% on 3-point attempts. Continuing that streak and forcing Creighton into bad 3-point shots and keeping Hawkins cold needs to be a priority for Butler. If the Bulldogs can manage that, there’s a good chance that it will be a happy plane ride home.

Aaron Thompson on the brink of history

Jackson played at Butler from 1998-2002, suiting up 127 times and averaging 10.5 points per game and 4.3 assists per game. Jackson played under former head coach and current Athletic Director Barry Collier for two seasons, and under Thad Matta and Todd Lickliter for a season each. Jackson led the Bulldogs to a 95-32 record during his career and two NCAA Tournament berths, and in the 2000-01 season, helped the program win its first NCAA Tournament game in 39 years.

Thompson has a chance to etch his name in Butler history on the road, but Bulldog fans would be thrilled if he was one or two shy and could break the record at Hinkle Fieldhouse on Saturday, Feb. 12 versus Marquette.