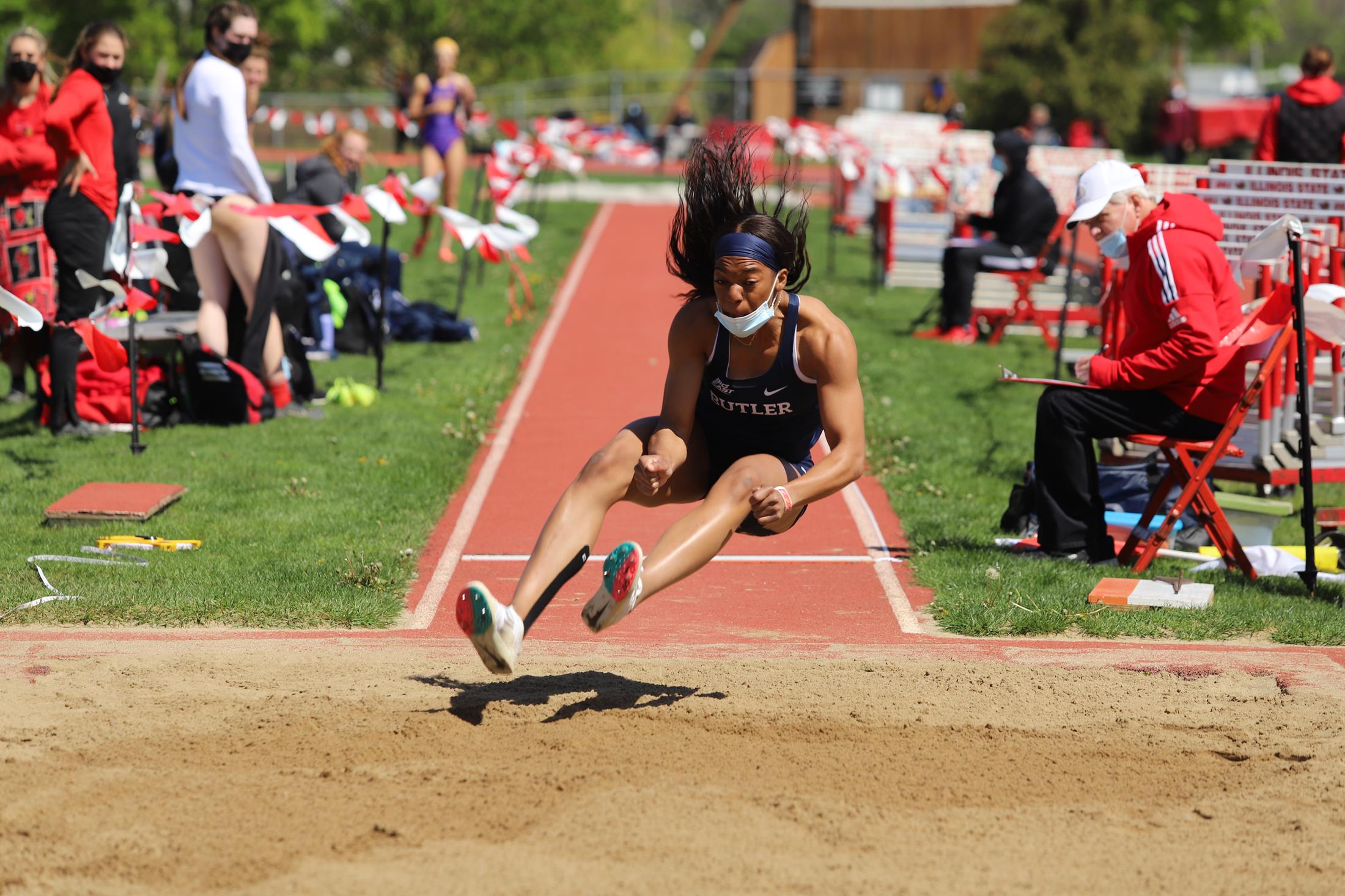 On Feb. 4-5, the Butler men’s and women’s track and field squad traveled to South Bend, Indiana to continue their season in the Meyo Invitational.

Many Bulldogs found great success in their events, as multiple personal bests were posted and a pair of school records were broken at the Meyo Invitational.

On the men’s side, Simon Bedard finished second in the Meyo Mile with an impressive time of 3:58.34. Bedard’s performance was the third fastest in the Big East this season and it broke a program record that had stood since 2010.

In the 400 meter race, Jacob Uhl earned second place with a personal best time of 47.32.

Both Butler runners who competed in the Ryan Shay 3000 meter race also accomplished personal bests. Evan Byrne posted a time of 8:05.95 to take fourth place in the event, while Pierre-Louis Detourbe ran the race in 8:07.02 to take fifth place.

On the women’s side, Niki Ezeh finished seventh place in the long jump and established a new program record with a jump of 5.59 meters.

Next weekend on Feb. 11-12, the Bulldogs will send part of their team to the Husky Classic in Seattle, Washington and another part to the Grand Valley State Big Meet in Allendale, Michigan. Both the men’s and women’s teams will be hoping to build on this past weekend’s success.