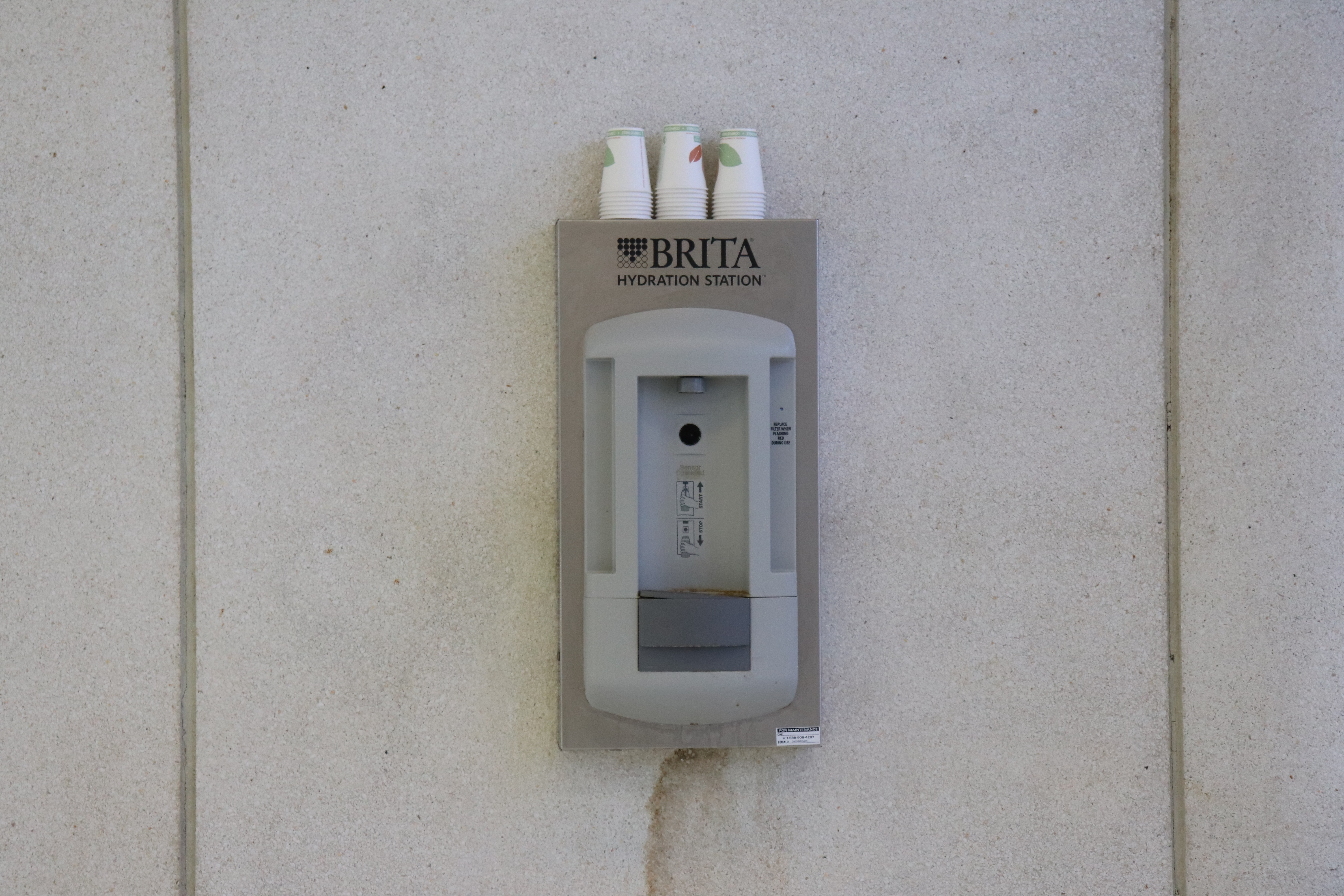 “We see a trend of students of our generation are more concerned about sustainability than they ever have before,” said John Lacheta, SGA vice president of student initiatives and a senior management information systems and risk management double major.

The idea to add water filtration stations was in part to student feedback both in person and through a survey asking students what they initiatives they want to see on campus.

“Students frequently indicated they wanted to see more filtration stations around campus,” Lacheta said. “More outreach was done to target the most needed spaces, and the funds were secured, and the stations installed.”

Despite costs, Kelly Helmer, a first-year digital media production major, said she felt the positive benefits of the filtration stations outweighed the costs.

“Living in Ross, it’s kind of hard to fill up from normal drinking fountains,” Helmer said. “It makes it a lot easier when you’re late to class and out of water. I’m fine with the number of stations they have now.”

Nolan Ahearn, a first-year health sciences major, said he finds the filtration stations convenient and understands the positive impact they can have on the planet, but is not sure if they are entirely worth it.

“Most people can’t get into something that they can’t physically see the connection to,” Ahearn said. “The fact that it’s more of a belief and you’re just believing that it’s saving plastic isn’t really changing people’s minds. They just use it for the conveniency of the matter when really they could just be using the drinking fountain.”

When the new Lacy School of Business opens next semester, the building will feature water filtration stations. Along with the business building, there is a possible opportunity to extend the station population by five new stations across campus in the near future through the university capital budgeting process.