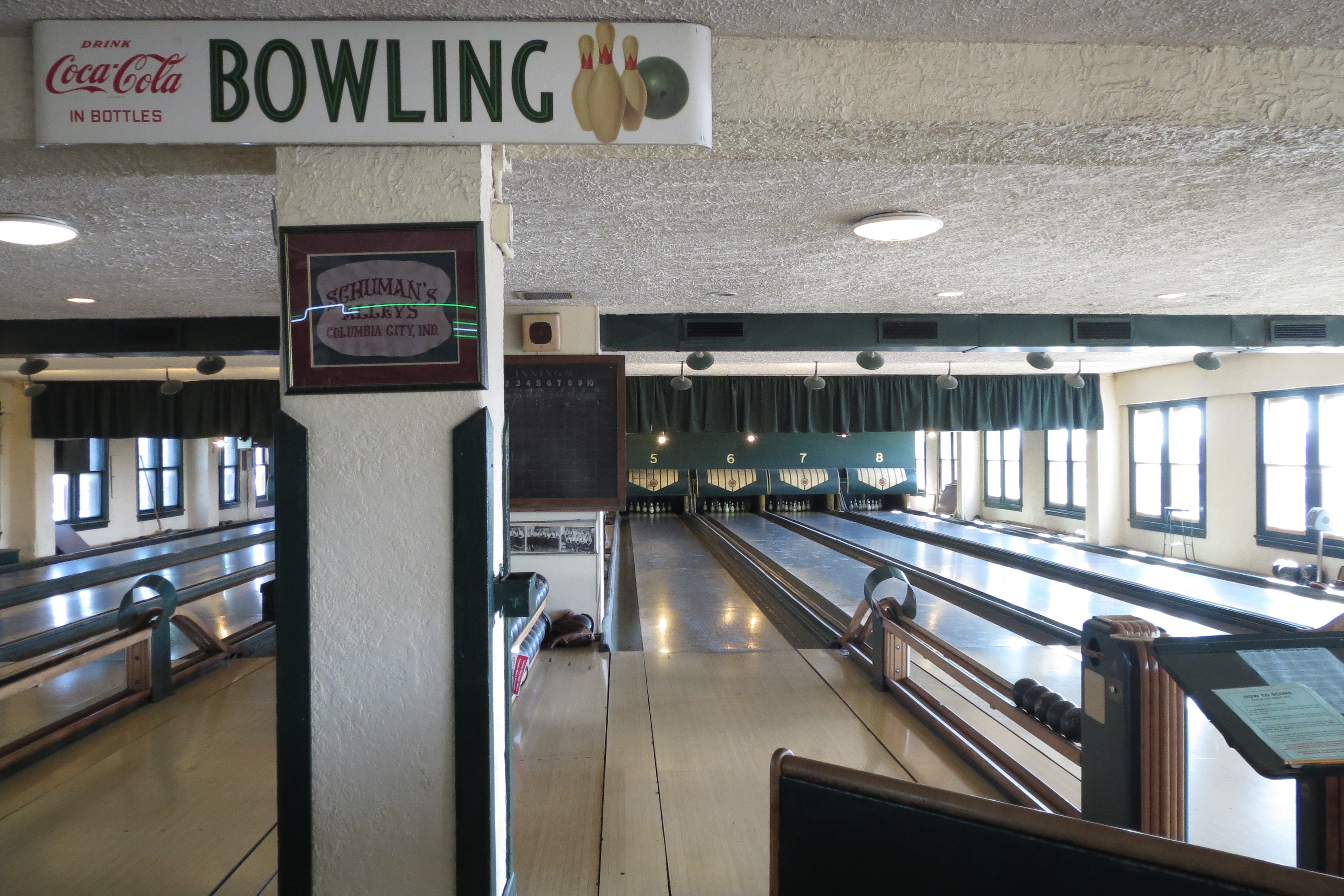 Transport to another era on your next trip to Fountain Square with a game of duckpin bowling.

The game was supposedly born in Baltimore, Maryland, in the spring of 1900 at a place called Diamond Alleys. Two members of the original Baltimore Orioles minor league club were owners of the alley.

Diamond Alleys had holeless balls, slightly larger than softballs, for the bowlers to play non-regulation games with. A suggestion to make old, abused tenpins into little pins to match the five-inch ball started it all.

When the owners saw the little pins fly, they remarked that the pins looked like “a flock of flying ducks.”

Bill Clarke, a sportswriter for the Baltimore Morning Sun, wrote a story on the new game and dubbed the little pins “duckpins,” according to the “History of Duckpin Bowling” pamphlet provided at the Fountain Square Theatre Building.

The name has stuck ever since.

The only duckpin bowling alleys in the Midwest are both housed in the Fountain Square Theatre Building, according to its website www.fountainsquareindy.com.

Fountain Square is one of the six Indianapolis Cultural Districts and is located on the east side of town. The drive from  Butler’s campus to Fountain Square takes 20 minutes.

Gregg Stewart, who is approaching his 21st year working at the Theatre Building, refers to it as “(his) building.”

“We have a very diverse crowd that shows up here,” he said. “There’ll be punk rockers on one lane, old timers on another and art people in between.”

Each of the two bowling alleys in the Theatre Building represents a different decade.

Bowlers can transport to the 1930s on the fourth floor in the alley called Action Duckpin Bowl while the Atomic Bowl Duckpin alley, which sits in the lower level of the building, is reminiscent of the 1950s.

The Atomic Bowl Duckpin alley opened in 1928 as Fountain Square Recreation and was restored 20 years ago with authentic bowling equipment and memorabilia from its original era.

On their third duckpin bowling outing together, four Indianapolis Star employees said they like how their bowling experience felt “untouched by time.”

They said duckpin bowling is a hidden gem to the Indianapolis community because most locals are not aware of it.

Sophomore Katie Koschnick bowled at the Theatre Building last weekend and called the sport “an old classic taken to a new form.”

“I had no idea it was there,” she said. “It wasn’t overcrowded or dirty like regular bowling places.”

Duckpin bowling at the Theatre Building had “a ‘Mad Men’ feel to it,” said Andrew Insley of the Indianapolis Star. “Plus, they have really good jalapeño poppers.”

You have three rolls instead of two in a game of duckpin bowling. Bowling a strike or spare is much more difficult when the ball is the size of the grapefruit.

The lanes in the Theatre Building are rented by the hour and can accommodate up to six people. It costs $30 per hour, per lane to play.

UPCOMING EVENTS AT FOUNTAIN SQUARE: NOT FOR SQUARES

There is something to do every Friday in Fountain Square if you are looking for somewhere new to explore.

If you would rather dance instead of bowl gutter balls, head to the Fountain Square Theatre Building every second and fourth Friday of the month.

Visitors can dance under the 40-foot-tall domed ceiling with twinkling stars to music performed by local and regional swing bands. Lessons start at 7:30 p.m., and the music starts an hour later. Admission is $12 at 7:30 p.m. or $10 at 8:30 p.m.

The next swing dance event will take place this Friday, Sept. 26.

The first Friday of every month is designed for the public to explore the open artist studios and galleries that line the streets at no cost. Participants can begin at the Indianapolis Museum of Contemporary Art in the Murphy Art Center and then weave around to find what artists in the community have been working on.

Third Friday on The Plaza is free live music at Shelby and Prospect Streets. It runs April through October.

Fountain Square is on the Cultural Trail and has a Pacers Bikeshare stop in the center of the plaza. There is also free parking across from the Theatre Building.