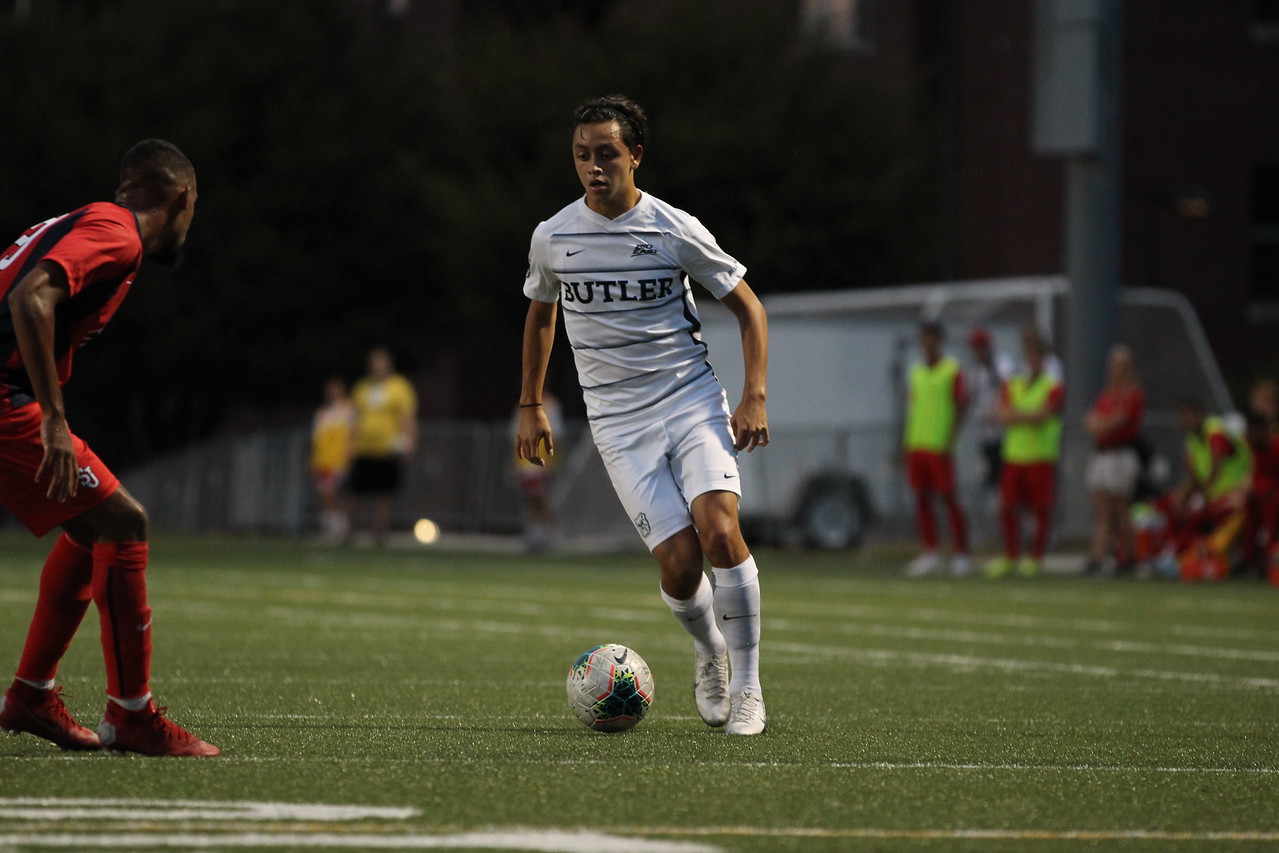 We’ll find out this  afternoon, when the Butler men’s soccer team takes on Georgetown in the nation’s capital in the Big East Tournament semifinals.

Butler is 11-6-1 overall and 4-4-1 in Big East play, bouncing back from last season’s 4-12-2 record. Earlier in the season, Butler lost to Georgetown 3-0. Of course, that was before the Indiana game, whereupon Butler turned around its season, going 7-3-1 since. While the Bulldogs have become less stoppable, Georgetown has been constantly immovable.

Undefeated in Big East play and 14-1-2 overall, Georgetown is ranked third nationally in the United Soccer Coaches poll. In Big East play, the Hoyas have allowed only two goals.

Senior defender Dylan Nealis and sophomore goalkeeper Giannis Nikopolidis headline the Hoyas’ defense. The Big East Defensive Player of the Year in both 2018 and 2019, Nealis anchored a defense that held opponents to 54 shots on goal, or 3.18 per game. The Big East Co-Goalkeeper of the Year in 2019, Nikopolidis helped Georgetown lead the country in goals-against average, 0.341, through games on Nov. 10.

Georgetown has four players with four or more goals, and Derek Dodson and Jacob Montes, both of whom also earned All-Big East First Team honors, lead the Hoya’s charge.

Big East Freshman of the Year Wilmer Cabrera Jr. sparks Butler’s offensive charge with eight goals and three assists. Six of those goals were game-winners, tied for first in the country. Senior forward Brandon Guhl is tied for the team lead in goals scored with Cabrera Jr.

Butler boasts a well-rounded attack, with 10 Bulldogs recording a goal this season.

Goalkeeper Gabriel Gjergji’s 52 saves in Big East play lead the conference. His improvement from last season is noteworthy, and all he has to do is play as he has throughout the season.

So what happens when a stoppable force meets an immovable object? That question will be answered today at 1 p.m. in Washington D.C.