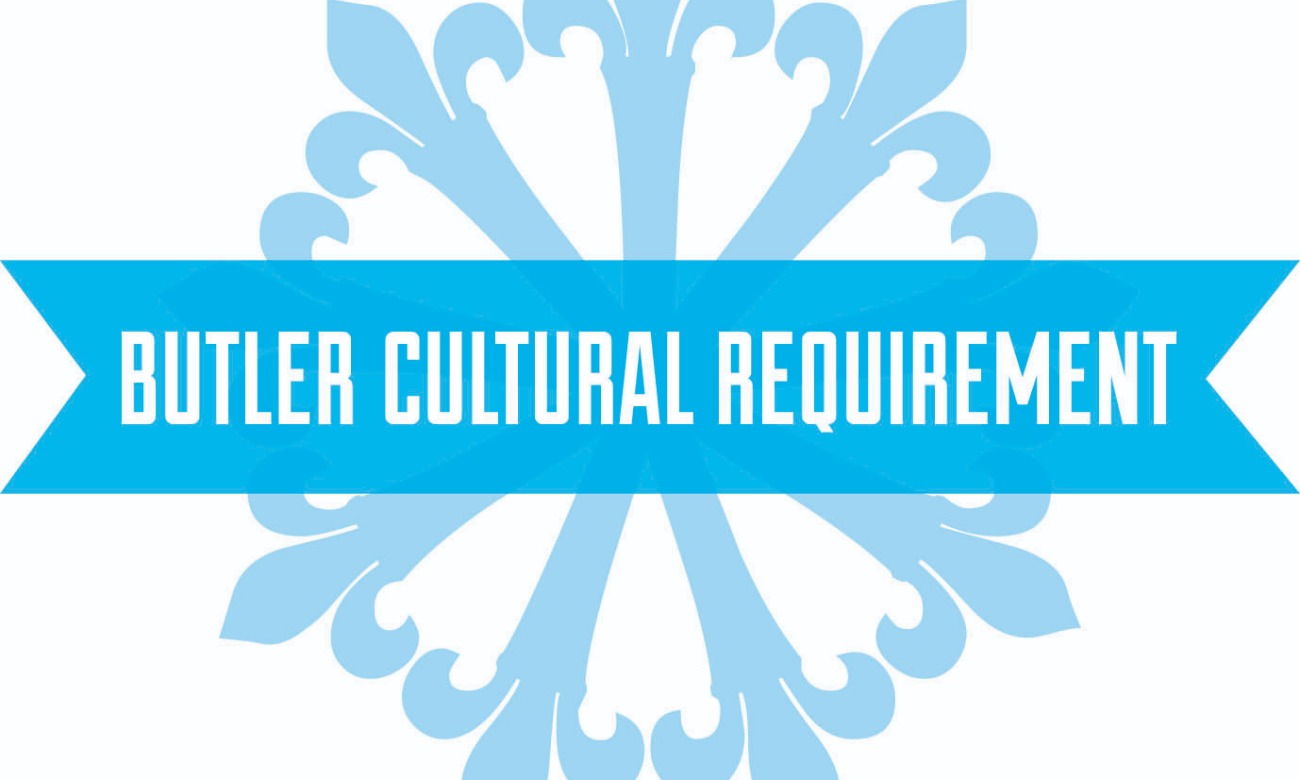 Are you struggling to meet the BCR requirement? Here are nine free BCRs for you to attend this semester. Photo courtesy of Butler University.

Butler students are required to attend eight Butler Cultural Requirements, or BCRs, prior to graduation, excluding Jordan College of the Arts students who have different criteria to meet within their college.

Every semester, a variety of BCRs are offered for students to attend in order to reach their requirement of eight before graduation. Aside from students, all BCRs are also open to the Butler community.

Anna Rettig, a junior strategic communications major, believes BCRs are a good way to get students out of the “Butler bubble.”

“I mean it makes sense that we need to be more exposed to the world, and I don’t think Indiana is very cultural, so I understand why [Butler] wants us to do it because it broadens our education,” Rettig said.

Between COVID-19, class schedules and homework, it is easy for students to fall behind on meeting this requirement. If you are a graduating senior rushing to find events to attend or a freshman who wants to get a head start, here are nine free BCRs you can attend this semester.

David Murray, director of  the School of Music at Jordan College of the Arts, said JCA emphasizes diversity when choosing artists to feature in the JCA Signature Series so they speak to the whole idea of DEI – diversity, equity and inclusion.

“I think it’s really important for all of us to be exposed to [DEI] as much as possible,” Murray said. “We could always go down the same path and have a symphony orchestra and just follow the traditional path in music, but we really want to reach out and branch out because there is so much more beyond that.”

DCDC will be performing in Schrott Center for the Arts on Feb. 4 at 7:30 p.m. The performance will be live-streamed for those unable to attend in person.

Beth Loftus, professor at the University of California, Irvine, is an expert in the malleability of human memory and has been featured in NPR and other media, as well as having hosted her own TEDTalk. Her work has led to her being called an expert in hundreds of cases such as the Oklahoma Bombing case and litigation involving Michael Jackson.

Julie W. Tourtillotte is a professor of Art and Chair of the Art Department at Saint Mary’s College in Notre Dame where she teaches drawing, fibers and video art. An exhibit of Tourtillotee’s art titled “Growing Colors’ will be displayed at the Jordan College Annex March 1-3.

Tourtillotte will be discussing her work and experience on Feb. 28 at 7:30 p.m. in Robertson Hall, room 140.

Percival Everett is the author of more than 30 novels and story collections about a variety of content that all manage in their own ways to be cerebral page-turners. Everett is currently a professor of English at the University of Southern California.

Everett will be coming to Butler on March 15 and holding a discussion at 7:30 p.m. in the Shelton Auditorium on South campus.

Alash Ensemble is a trio of master Tuvan throat singers, a technique for singing multiple pitches at the same time. They incorporate modern techniques, such as instruments from the West, to expand their performances. All members of Alash were trained in traditional Tuvan music since childhood, first learning from their families, and later becoming students of master throat singers. These musicians are inspired by the music of their grandparents, great-grandparents and the great musicians of Tuva and Central Asia.

Alash Ensemble will be performing in Schrott on March 17 at 7:30 p.m.

LaToya Ruby Frazier’s artistic practice spans a range of media, including photography, video, performance, installation art, books and centers of the connection of social justice, cultural change and the American experience. Frazier uses collaborative storytelling with people who appear in her artwork to address a wide range of topics such as industrialism, environmental justice, workers’ rights and more.

Frazier will be holding a discussion at Schrott on March 21 at 7:30 p.m.

Tanya Smith explores the evolution and development of human dentition – the arrangement or condition of teeth in a particular species or individual – where her research has helped her to identify the origins of a fundamental human adaptation. Smith will be discussing the shift from a “live fast and die young” strategy to the “live slow and grow old” tactic that has helped to make humans one of the most successful mammals on the planet.

This event will take place in Atherton Union, Reilly Room on March 21 at 7:30 p.m.

Zanetta S. Drew is the executive director of the Dallas Black Dance Theatre and has been a part of the company since 1987. Nationally, Drew has served on the advisory panels for the National Endowment for the Arts and Houston Arts council, as well as former President Bill Clinton’s Americans for the Arts Strategic Planning Committee.

Drew will lecture on fundraising, accounting and arts leadership on March 24 at 7:30 p.m. in Robertson Hall, room 140.

John Clayton has won a Grammy with nine additional nominations and has produced music with multiple artists such as Paul McCartney and Queen Latifah. In 1985, Clayton co-founded the Clayton-Hamilton Jazz Orchestra and rekindled the Clayton Brothers Quintet. He also directs the educational components associated with the Centrum Jazz Festival and Workshop and Vail Jazz Workshop.

Clayton will be talking at Butler on April 7 at 7:30 in Schrott.

For more information about all of these events and more, visit the Butler Arts and Events Center website.