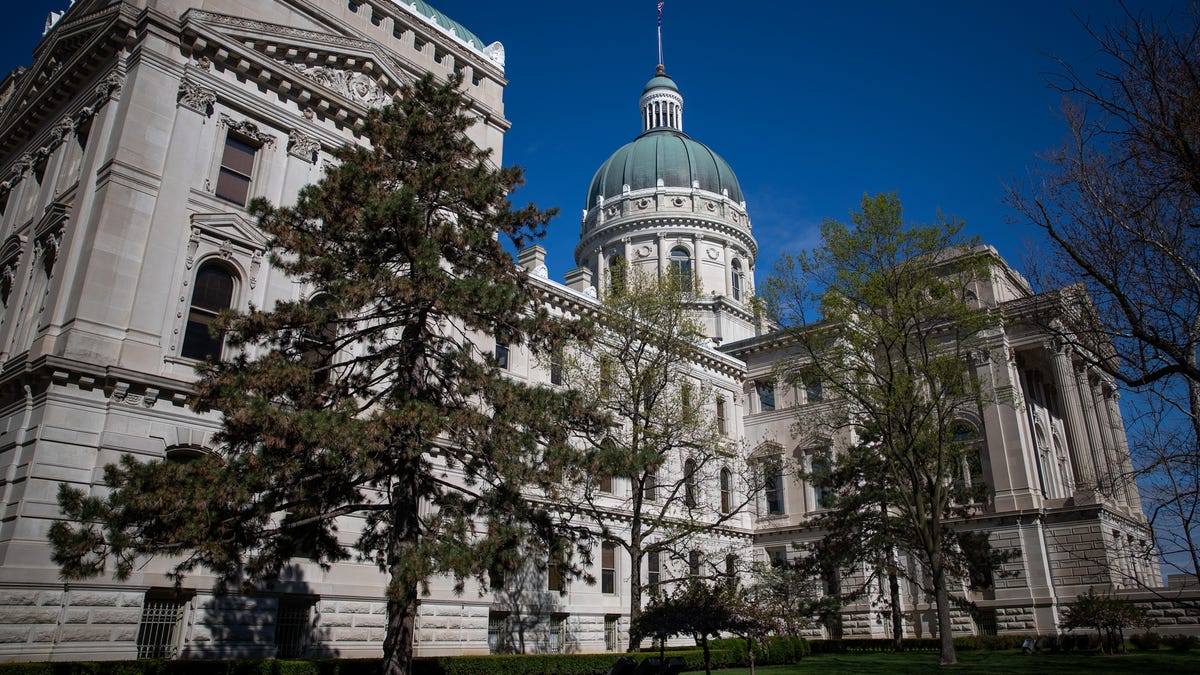 The Indiana General Assembly is currently amending a bill regarding COVID-19 protocol. Photo courtesy of Indystar.com

A new bill before the Indiana General Assembly, known as House Bill 1001, could have impacts on the state of COVID-19 protocol in Indiana. Among the most controversial aspects of House Bill 1001 are preventing employers from being able to require employee vaccination without some sort of exemption policy and giving employees fired for vaccine refusal access to unemployment benefits.

As with any piece of legislation, House Bill 1001 has to go through many steps before actually becoming state law. It is currently before the Indiana State House as amendments are added and voted on. If the House approves it, the bill will then be passed to the Indiana State Senate, where it will go through the same process of hearings and amendment that it did in the House. If passed by the Senate, Governor Holcomb will have to sign off on the bill for it to officially go into effect.

In an attempt to lower the burden of COVID-19 patients on the healthcare community across the country, President Joe Biden recently attempted to pass legislation mandating that employers with over 100 employees require vaccination. On Thursday, Jan. 13, however, the Supreme Court ruled that the mandate is unconstitutional, preventing it from going into effect.

This piece of state legislation comes before the General Assembly at a time when COVID-19 infections in Indiana are surging and follows similar actions by several states.

Christopher Stobart, assistant professor of biological studies, said that Indiana’s healthcare system does not have the capacity to handle the influx of COVID-19 patients, the majority of whom are unvaccinated.

States across the country are dealing with not only a surge in hospitalizations, but staffing shortages as a result of infected healthcare employees.

Balpreet Gill, a P3 pharmacy major, works as an inpatient pharmacy technician at IU health, where she said she sees the burden of employees having to quarantine due to COVID-19 infection or exposure. Gill said she has picked up additional shifts due to staffing shortages and has also personally experienced the crowding of hospitals mentioned by Stobart.

“So now we are in a state where we constantly are seeing that emergency rooms are filled,” Gill said. “They’re just adding more emergency beds so that they have more places for people to stay, because it was becoming an issue to the point that we didn’t even have space for people to come in for general surgeries. They had to dismiss those people earlier just because they had more COVID cases coming in, and they needed to make space for those.”

While the healthcare industry is impacted by any COVID-19 related policy, House Bill 1001 would also affect businesses in Indiana.

Ryan Daugherty, lecturer of political science, said the business community is divided in their opinion of such legislation.

“You have pushback from the business lobby, even within the House caucus, against some of these more extreme versions of restrictions,” Daugherty said.

Daugherty said he is curious to see whether or not House Bill 1001 is officially passed by the state legislature because of such controversy. He also related differences in COVID-19 policy decisions to larger divisions between Democrats and Republicans.

“There is still a lot of trust in institutions, for those that self-identify as Democrats versus within Republicans,” Daugherty said. “They have mistrust, which has been very rampant, and that kind of fits in also with the individual ethic that we’ve seen with, in this case, now, resistance to vaccines.”

Stobart said House Bill 1001 requires a lot of action on behalf of employers who would like to require vaccination, especially for those who provide healthcare for employees. If passed, employers would have to allow exemptions, some of which include opting out for religious or medical reasons and agreeing to submit negative testing paid for by the employer.

Gill said she sees House Bill 1001 as infringing on the rights of business owners rather than expanding the rights of employees, reflecting opinions of portions of the business community.

“I think that any business should have full control over their employees, because then they’re just losing their right to function as a business,” Gill said.

Stobart said he thinks House Bill 1001 should be considered in terms of ramification for the full population of Indiana rather than individual Hoosiers.

“I think the first thing we need to do is step away from politics and step away from the individual feelings when we might have it,” Stobart said. “Think about our population.”

Veronica Vernon, assistant professor of pharmacy practice, was at the Statehouse to discuss House Bill 1001 on Jan. 12 and told the Collegian via email she also sees this legislation as being about protecting the whole community.

“Misinformation and disinformation are running rampant today,” Vernon said. “We need to focus on taking steps to protect each other and decrease the burden on our healthcare system at this time.”

Research into the effectiveness of vaccine mandates in any sort of institution has demonstrated an increase in vaccination rates in correlation with such policy.

Gill agreed with those who argue limitations on vaccine mandates will result in stagnant vaccination numbers.

“If we are not mandating something, then people who are against [the vaccine], or let’s say, they’re in the middle, they don’t know what to do: get the vaccine or not,” Gill said.

Both Gill and Stobart said they see vaccine mandates as particularly important for businesses in the healthcare industry. They said their concern lies in exposing patients, who are already compromised in terms of health-status, to COVID-19.

“How bad is it going to have to get?” Stobart said. “We want to talk about freedoms. Well, when we get to the point where there’s no hospital space left, you’ve lost your freedom of having yourself treated for a disease when there’s no one to treat you. That’s the reality.”