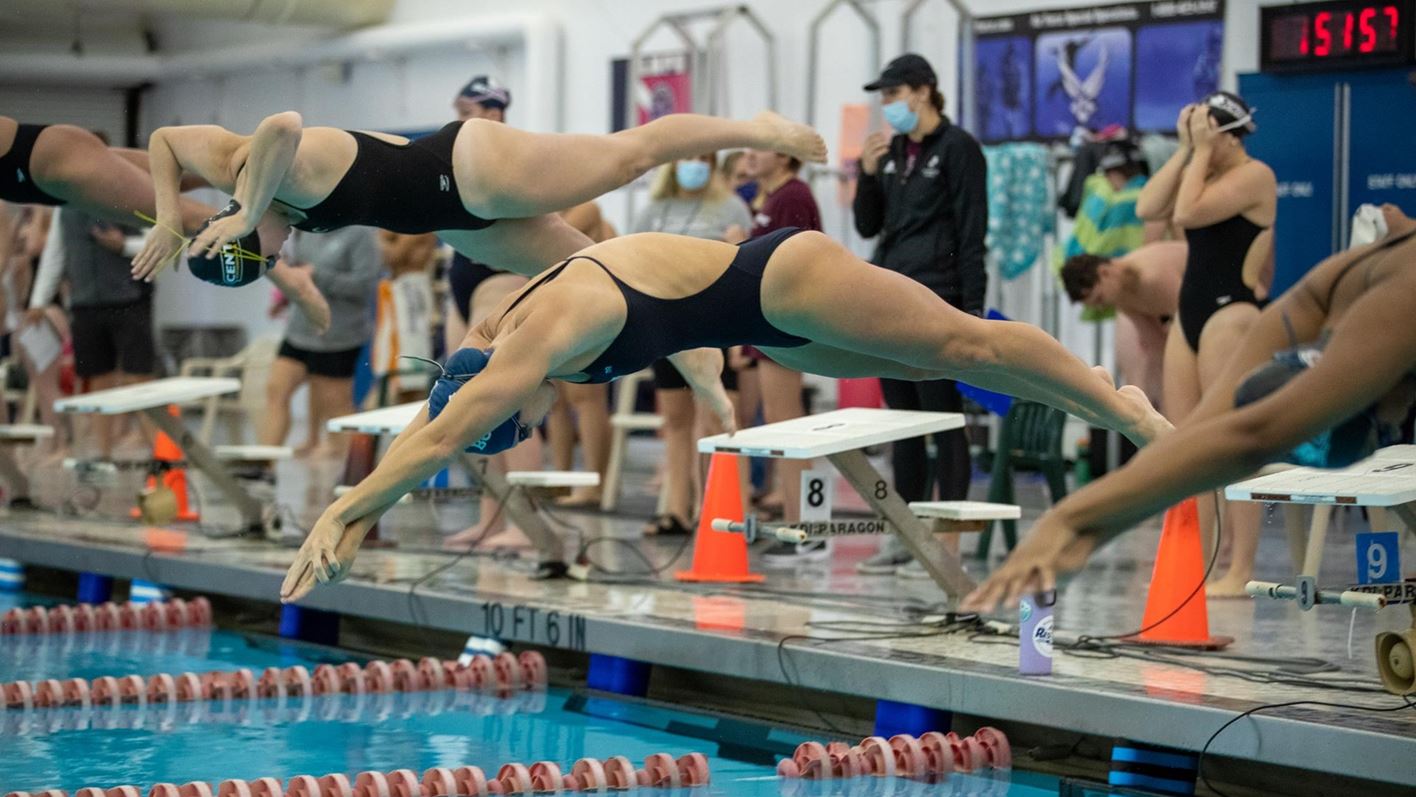 Sophomore Grace Crane dives into the pool at the IUPUI Natatorium on Nov. 18. Photo courtesy of Butler Athletics.

The men’s basketball team will face off against 12-5 Creighton at Hinkle Fieldhouse at 6:30 p.m. The Bulldogs are coming home after a road loss against No. 21 Providence on Sunday, 62-69, the Bulldogs falling just short of an upset. Butler is 9-9 overall and 2-6 in the Big East conference. The game can be viewed on Fox Sports 1 and listened to on WXNT 1430 AM.

Track and Field at Indiana University

Both the men’s and the women’s track and field teams will be traveling to Bloomington to compete in the Indiana University Relays on Friday and Saturday.

The women’s basketball team will be traveling to Villanova to play the 10-6 Wildcats on Friday. Tip off is set for noon and the game can be watched on BEDN on Flosports. The team is looking for its second win of the season and first in the conference.

Butler’s women’s tennis team will travel to the University of Cincinnati to compete on Saturday. The team last fell to Miami of Ohio 1-6 in the home opener. The first serve is set for 11 a.m.

The men’s basketball team takes on 6-10 Georgetown for the second time this season at Hinkle on Saturday. Tip off is at noon and the game will be televised on Fox Sports 1. Listeners can tune into WXNT 1430 AM.

The men’s tennis team will compete against Cleveland State at home on Saturday. Butler is 1-2 overall and has not played a conference game yet. Their last match was a 4-3 win over Lipscomb on Jan. 22.

The women’s basketball team will travel to Georgetown on Sunday. Tip off is scheduled for 2 p.m. Georgetown currently sits at 6-8 and 1-5 in the Big East.