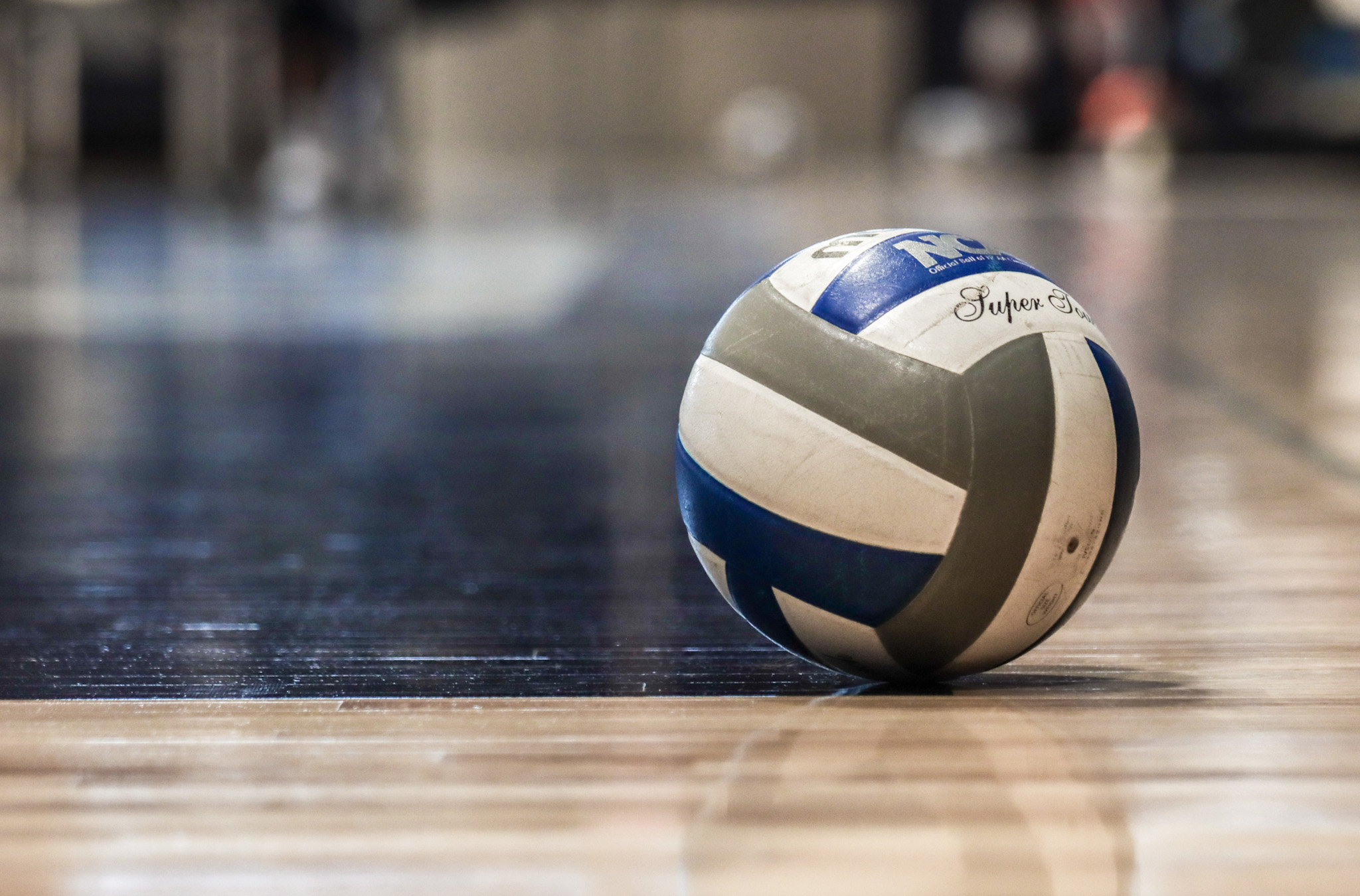 With a mix of young and experienced players, the Dawgs are looking to make a splash in the Big East tournament this season. Photo by Grace Denckhoff.

The Butler volleyball team is poised and hungry for success this season, with team chemistry at an all-time high.

After an unusually shortened spring season due to COVID-19, the Butler volleyball team hopes to have a bounce-back season with 31 games on the schedule this fall, including tournament play.

The team concluded the spring with a 4-10 record overall and a 1-7 record in the Big East Conference. Even with a losing record, the young team learned how to work together over a short period of time and aim to translate their recently built chemistry into wins this fall.

This season, the upperclassmen have taken on new leadership positions as the team had to make a quick turnaround from the offseason.

One veteran player, junior libero Jaymeson Kinley, has strived to become a leader for the defense.

“As a libero, I like to call myself like the back row captain, so I just want to keep everyone motivated back there, let our offense know that we can pick balls up so they can put them down,” Kinley said. “[The back row] wants to let everyone know that they can trust us to keep balls off the floor and that we will always have their backs.”

In the spring, Kinley led the team and the Big East with 226 digs and had a team-high 12 service aces.

Through the beginning of this season, Kinley is ranked seventh in digs per set nationally with an average of six. She had a total of 78 tournament digs which earned her a spot on the 2021 Chippewa Invitational All-Tournament team.

Sophomore setter Madison Friebel began leading the offense last year and wants to grow in her position and with her teammates this season. As a first-year last year, she had 404 assists with only 45 sets played.

“[It’s just me] being really vocal, demanding good swings out of my hitters,” Friebel said. “They can always depend on me and let me know what I need to change like the height of my sets… just being super dependable.”

Head coach Sharon Clark began the season by emphasizing team culture and chemistry on and off the court — with a considerable amount of time spent in the weightroom during the offseason.

“It definitely was a very quick turnaround, but I think for us they have adjusted well,” Clark said. “Most of the team was here for most of the summer working their tails off to get better here in the gym, and that’s paid off. We were pretty inexperienced last year and you can see that the work over the summer has really gotten them to a better place.”

The Bulldogs opened up the season with the Top Dawg Challenge at Hinkle Fieldhouse on  Aug. 27, but fell with a 1-2 record to end the day. The team lost to a talented Indiana and Bowling Green team, but beat University of Illinois Chicago in four sets.

The next weekend, the team traveled to the Central Michigan Tournament and concluded with a 2-1 record — with victories over Youngstown State and North Dakota. The Bulldogs have been  using these tournaments as a way to build their skills and chemistry as a team in preparation for in-conference games later on this year.

The Bulldogs went 2-1 in the California tournament, defeating California and Nevada, but falling to North Dakota State in three sets. Up next is Eastern Kentucky at Hinkle on Sept. 15 at 6 p.m.