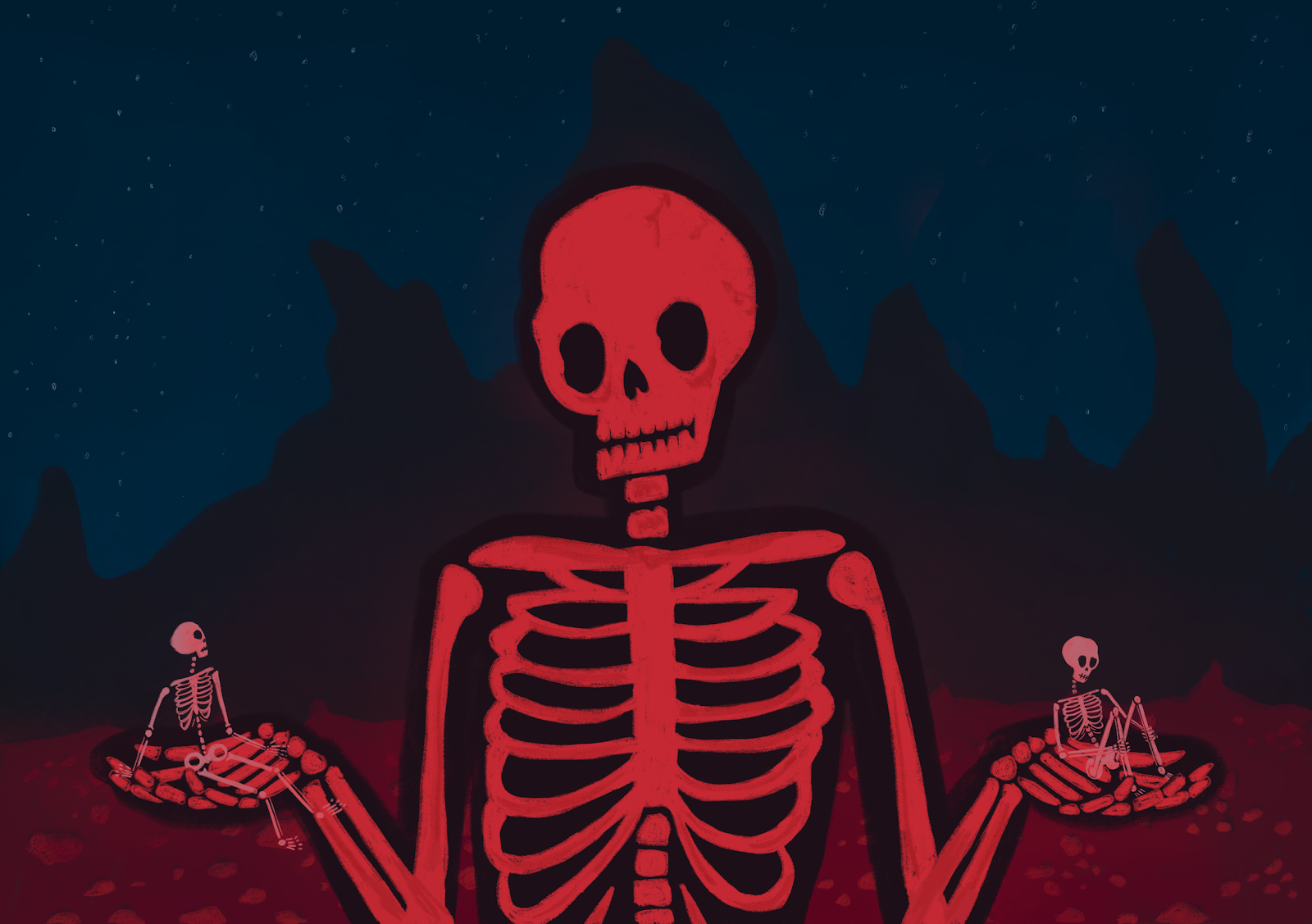 Deciding fall is your favorite season has, unfortunately, become basic and stigmatized. The masses have done all they can to sensationalize pumpkin spice, forcing Starbucks to reintroduce the drink as early as Aug. 25.

While pumpkin spice body wash may take fall a little too far, there should not be any shame in enjoying the season. Instead, embrace it in all its earthy, pleasantly-decaying glory. Here are 10 songs to really immerse yourself in the present ephemeral moment:

Phoebe Bridgers writes songs with an indelible lyrical poignancy. She released her sophomore album “Punisher” June 18 of this year. While much of it is too sad to recommend to the masses — I’d like to think more people read these articles than they do — “Graceland Too” is an exception.

“Graceland Too,” like most of Bridgers’ songs, sounds like heartbreak wrapped around the listener, like a sweater warmed by the subtle simmer of a significant other’s love and affection, with hints of a fire-warmed hearth burning pine.

Simultaneously, there is an indescribable anticipation and satisfaction when listening to Bridgers, giving listeners what we need most during hard times: calm, loquacious clarity.

If Bridgers is a fire-warmed hearth, Andrew Bird is a careful riot of sodden leaves in the front yard with a heavy smell of a cracked match.

“Lazy Projector” is Bird questioning the significance of memory. Specifically, why we remember what we do, especially at the end of a relationship. If you can’t get the image of you and your ex laughing on the beach out of your head, this one might be for you.

Slow Pulp released their debut album “Moveys” on Oct. 9 of this year, on which “Falling Apart” appears. The band chose a more indie-rock route than previous releases, one that sounds like hand-me-down boots scuffing themselves on the ground and making friends with the leaves outside of a derelict building.

“Falling Apart” is the part of the album that picks up one of those leaves that catch your eye and wonders why it is orange only in the center and then fades to a dry and brittle brown.

If you don’t want to forget your ex and instead would prefer to enjoy the debilitating pain of their memory, this one might be for you.

Not All the Way – Kyle Dion

“Not All the Way” is that Sunday morning soul music you hear echoing up the stairs, an overwhelming wisp of Fabuloso sneaking under your bedroom door marking the dreaded yet dance-opportune day dedicated to messes nobody seemed to make. The Sundays that mean if your mom is happy, you’re happy.

Don’t get it twisted, this is anything but your mom’s music. Kyle Dion’s soaring voice, tender songwriting and impressive instrumentation are perfect for both times spent alone and times with close company.

Dion, unlike your mom, won’t be the cause of a tear-induced nap when you tell him you need to go to Staples for a poster board for a project due tomorrow morning. Unlike your mom, Dion understands that sometimes people forget important things. He most certainly will not shame you for it, inevitably causing years of low self-confidence and trust issues that prohibit you from having any sort of serious relationship. He will certainly not be the reason you cry most nights out of the week and take solace in music.

Anyway, even if your parents are not divorced, “Not All the Way” will likely induce feelings of love from a relationship that may or may not currently exist.

Raveena’s music evokes a similar feeling to finally getting inside after a long, cold walk, your red cheeks — once stinging from cold kisses blown by the wind — slowly thawing from the heat of the stove cooking dinner and thus causing a smile of ineffable happiness.

Equally smooth, sensual, tranquil and empowering, “Nectar” sounds amazing whether you are paying attention to every little plenary detail in the production or letting Raveena’s ethereal voice create an ambiance perfect for a quiescent afternoon.

If any song from the Tom Misch and Yussuf Dayes collab album “What Kinda Music” is playing, there is also a strong-scented wisp of smoke rising — passively cutting the air like a chemtrail in a clear sky — from either a candle or from certain substances I do not think I am allowed to endorse through this publication.

If Dion is Sunday morning, Lianne La Havas is your hermitic Thanksgiving afterparty put on to enjoy solitude. You’ll feel like floating lazily around the room with womb-like weightlessness, a remarkable relief from your usual social expectations.

“Bittersweet” is full of the emphatic confidence that comes with moving on. Since fall is the season of transition from the unbridled happiness of summer to the brash fuzziness of winter, celebrate the metaphorical cleansing of rain ushering in a new phase with La Havas’ “Bittersweet.”

Baby Keem decided not to submit his verse for the XXL Freshmen cypher, choosing instead to release “Hooligan” on Sept. 17. The piano at the beginning of “Hooligan” sounds like augur for something large and ominous. The beat transforms quite tersely into such — almost haunting, but still hard and thumping.

Through his music, Baby Keem seems to be a quixotic scoundrel, and releases his frustration by gibing like a little kid — but hey, when the music is good, you can’t complain too much.

Baby Keem lives up to every expectation set by his relation to Kendrick Lamar. He sounds wholly unique and sonically stands on his own in an increasingly oversaturated genre — imitation is the only way to sound like Baby Keem. Like most rap songs, “Hooligan” oozes the confidence you lack because you forgot about that one project in middle school.

The production on “Moonboy” builds up to a buzzing threshold before falling out to the chorus and a simple guitar. It builds up once again, this time falling to a lowered and reverbed-out final verse.

Bennett Coast made a short and infectious alternative-pop song that expresses the drunken pain of a presumably broken relationship. As Coast says, much like the season of fall, “every inch of me feels like I’m dying.”

Wherever you look during the autumnal months, there are dying leaves and plants, accompanied by the feeling of rebirth in the knowledge that the vulnerably-bending tree branches will eventually be lushly green again.

This may as well be an unheard Benee song. With a playful and consistent bassline, “Cotton Candy Lemonade” is, as the title suggests, a sweet ode to potential love, leaving the world behind to meander under a pink sky, lost. If you have had enough of the sad music displayed in this article, here is your one song for happiness and optimism.

If you happen to be embarrassed by the cringy fall culture defined by apple orchard attendees, keep in mind that you can still enjoy the more appealing aspects of the season — perhaps indulging more privately by throwing in some AirPods and hitting play on this playlist. If you need to, remember that these tunes sound great regardless of the position of Earth in its orbit.