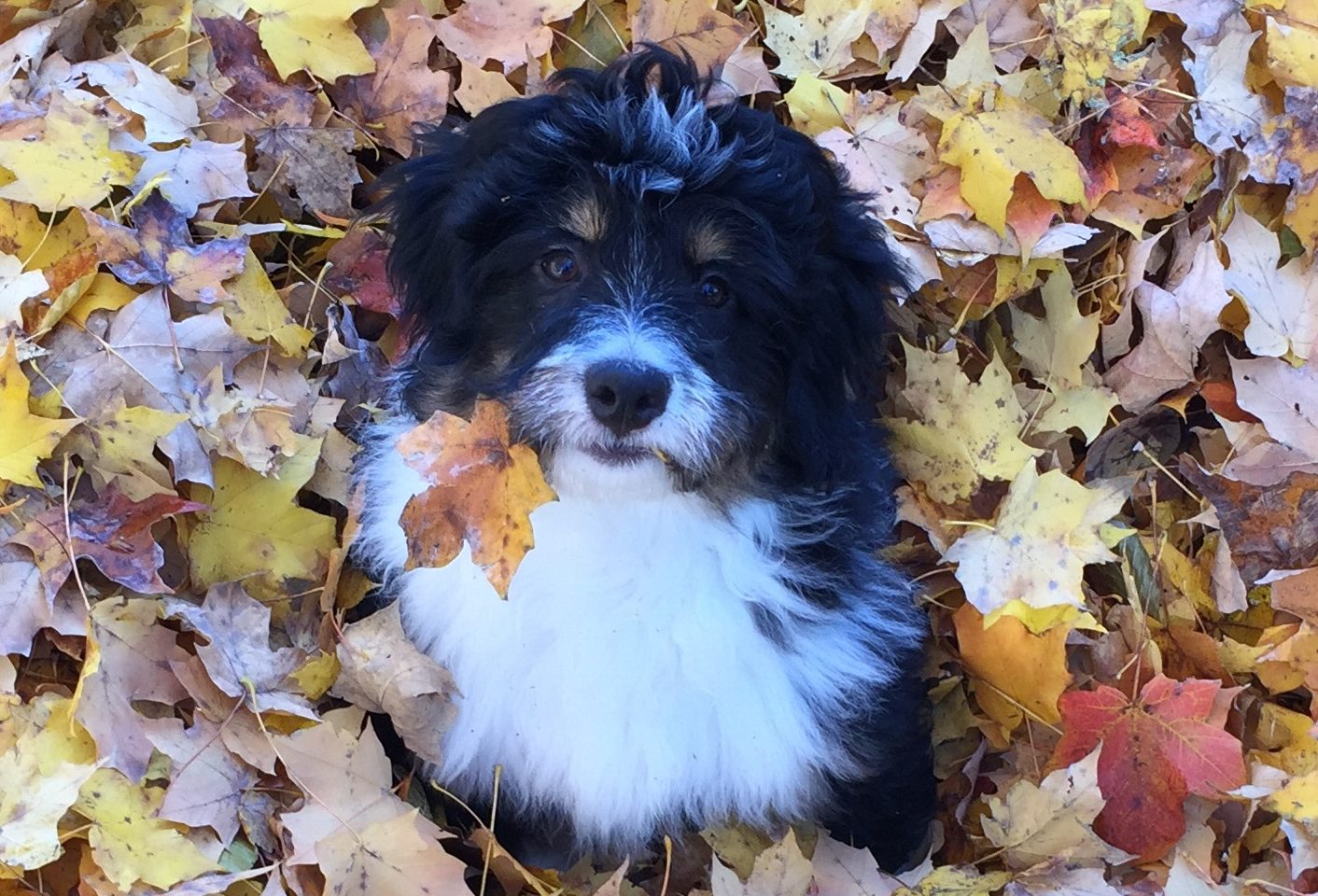 Butler President James Danko and his wife Bethanie are being kept busy with the newest member of the family, a mini bernedoodle puppy named Daisy.

The Danko family welcomed Daisy into their lives in September, after the passing of their former dog Zoey in April 2018. Daisy Danko is five months old and just completed puppy kindergarten. Bethanie said Daisy is the most extroverted dog she has ever met.

“After Zoey died, I was heartbroken,” Bethanie said. “The summer time was very difficult. But Daisy has been pure joy. Daisy is our universal family dog [and] campus dog.”

Daisy Danko’s favorite activity is visiting with Butler students. In fact, Daisy will stop walking and lay down in order to greet people. She will even cry if people keep walking past her.

Bethanie said she wonders how they’re going to give Daisy enough social activity during breaks when students are off campus.

“We’ll have to see how her personality develops,” Bethanie said. “But, if it stays the same and she really needs to visit with people, I think I’ll have to be creative when our students are not on campus. She loves other dogs, or any social interaction.”

Among other things, Daisy has been working on her walking skills at Bark Tutor puppy kindergarten. She also knows how to sit, shake, law down and can play fetch.

Daisy was raised at SMBernedoodles in Northeast Indiana. Her mother was a Bernese Mountain Dog, a breed known for being powerful but sweet. Daisy’s father was a miniature poodle, an eager and intelligent breed. Bethanie said she thinks Daisy got the best of both breeds.

Daisy’s first challenge was hosting the Danko’s annual Halloween party and trick-or-treating event. Social interaction like this can be difficult for puppies due to unfamiliar people and scary costumes, but Bethanie said Daisy performed like a pro.

“She could not have been more relaxed,” Bethanie said. “Getting through Halloween was a big milestone for her because that’s not easy for a puppy.”

Daisy will be resting for the next few weeks after getting spay surgery. When the spring semester comes around and students return, Butler Blue III will have to roll over and make room for this top dawg.