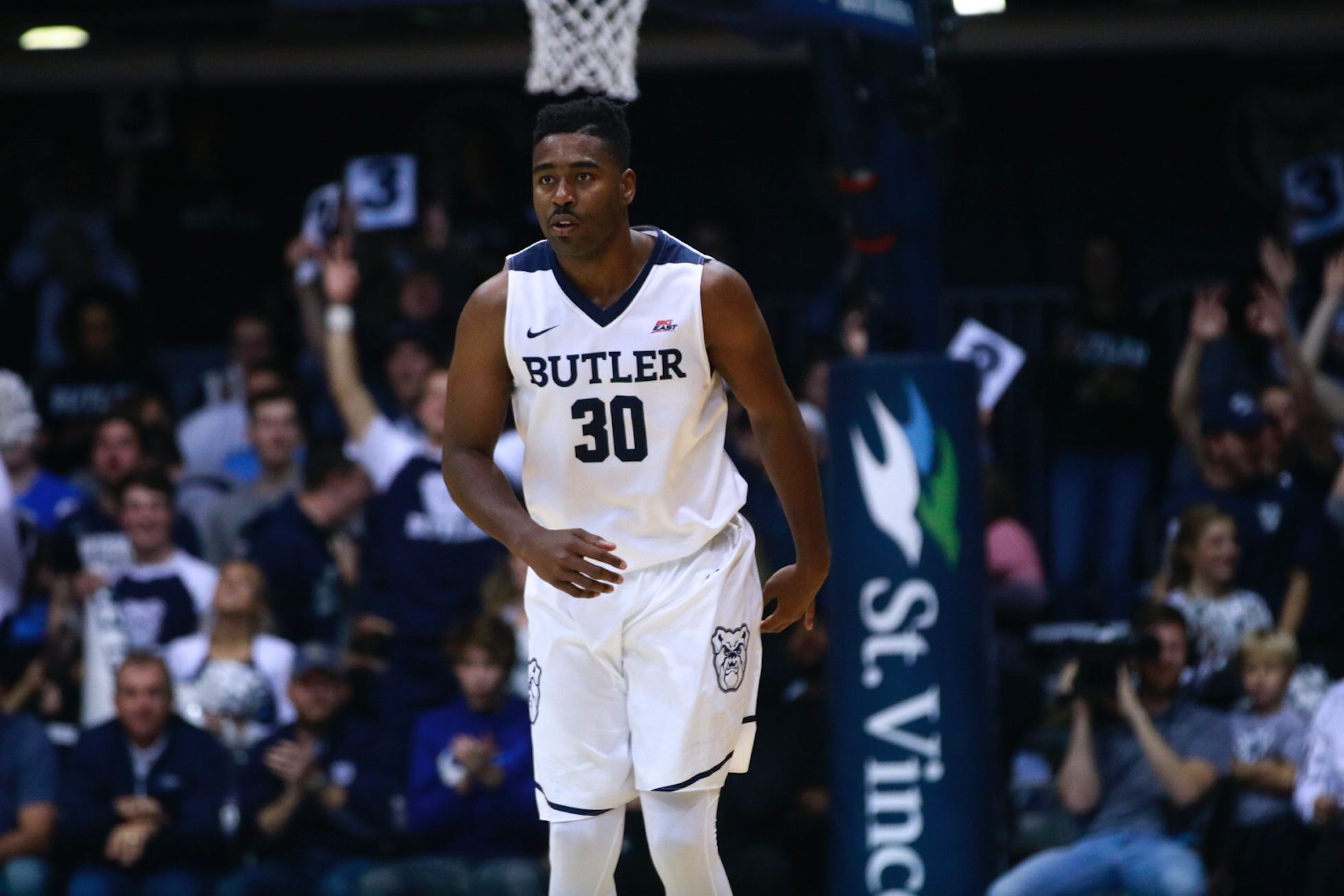 It didn’t take Kelan Martin long to score four points against Utah. Points, which in any other game, would just be points. Instead, with the first field goal of the night and two free throws later, the senior forward passed Bobby Plump for 15th on Butler’s all-time list. It took 1,440 points to shift Plump to 16th, and Martin was quick to create distance between the two, scoring 29 total points. Martin was on a mission, and it seemed like the team was more than happy to follow suit in a 81-69 home win over Utah.

“It’s an honor, and a blessing, but I’m just here to win,” Martin said.

Propelled by Martin’s second consecutive double-double performance this year, the Bulldogs’ are 7-2 and on the season and extend their nonconference home win streak to 40 games.

“It gets contagious,” head coach LaVall Jordan said. “[Kelan Martin] gets one on the go and next thing you know, Paul Jorgenson gets one. We’re moving the ball better and we just found each other to get opportunities.”

Compensating for a scoreless bench, Martin, Tyler Wideman and Jorgenson combined for 63 points, the majority of shots falling in the second half. Kamar Baldwin tallied 11, while Aaron Thompson contributed seven of his own.

“When the ball moves and doesn’t stick, we can be a pretty hard team to beat,” Jorgensen said. The guard was particularly efficient against Utah, tying his career-high with 16 points.

You think you wouldn’t be this wide open when this ties your career high at 16 points. pic.twitter.com/O9oTpXejsH

The two teams were neck-to-neck in the first 20 minutes, and play concluded in a 34-31 score. Butler took the lead off a jumper from Jorgenson and Wideman would follow with a layup at the buzzer. Butler shot 54 percent from the field while the second half was highlighted by a 4-for-8 performance from the arc.

“First half I think we forced it and tried to do a bit too much,” Martin said. “We cleaned it up going into the second half.”

Butler will host Youngstown State on Dec. 9. Tipoff is slated for noon.