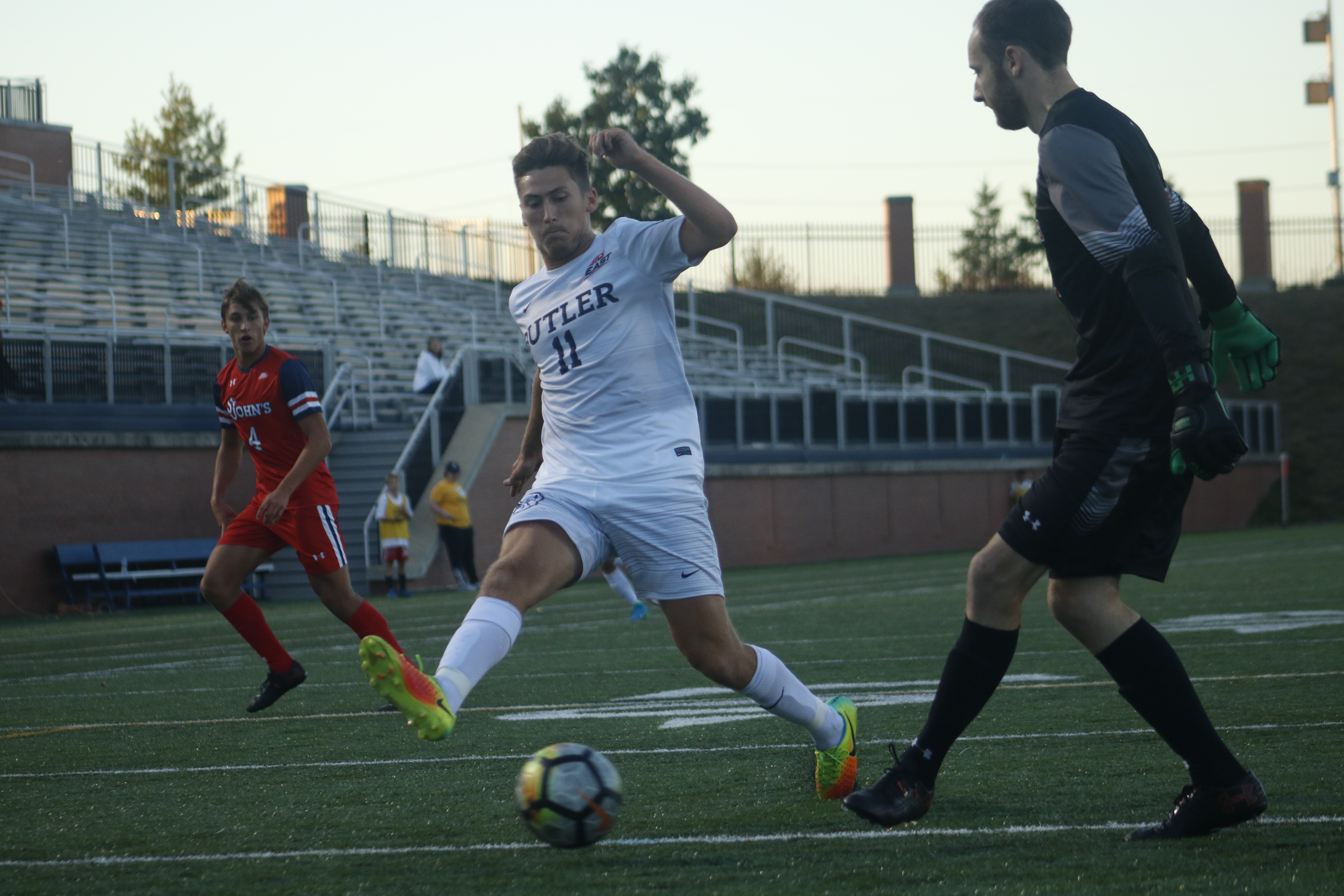 Brandon Guhl steers the ball away from St. John’s keeper. The team is 6-1 in Big East play. Collegian file photo.

The Butler men’s soccer team won its third straight Big East game at Seton Hall University, 2-0 on Oct. 25. The Bulldogs have sole possession of first place in the Big East with two games remaining. They are now 6-1 in conference play and 10-4-1 overall,

Seton Hall outshot Butler 9-5 on the night and were on the front foot early in the match. Butler was able to handle the Pirates’ pressure and went ahead 1-0 in the 35th minute thanks to a converted penalty kick from sophomore midfielder Lewis Suddick.

A passage of play from sophomore defender Alex Lehtinen, sophomore midfielder Isaac Galliford, and Suddick led to Suddick being taken down in the box. The goal was his fifth on the season.

Here’s the play that led to Butler’s PK. Alex Lehtinen, Lewis Suddick and Isaac Galliford teaming up. Dawgs 1-0 at the half pic.twitter.com/7SVpkRbti8

Butler took the 1-0 lead into halftime but didn’t have to wait long to add to it. In the 50th minute, Galliford stepped into a left-footed shot and bent it past Seton Hall goalie Peyton Elder for Galliford’s second goal of the campaign.

Isaac Galliford “seemingly out of nowhere”

The defense took over from there, highlighted by junior defender Joe Moulden’s goal-line clearance in the 67th minute. Butler has not conceded a goal in their last 410 minutes of action.

With tonight’s win, the team secures a top-four seed in the Big East tournament and will play their first tournament game at the Sellick Bowl as a result.

The Bulldogs finish the regular season with a game at Marquette University on Saturday, Oct. 28, followed by a home game against Xavier University on Wednesday, Nov. 1.