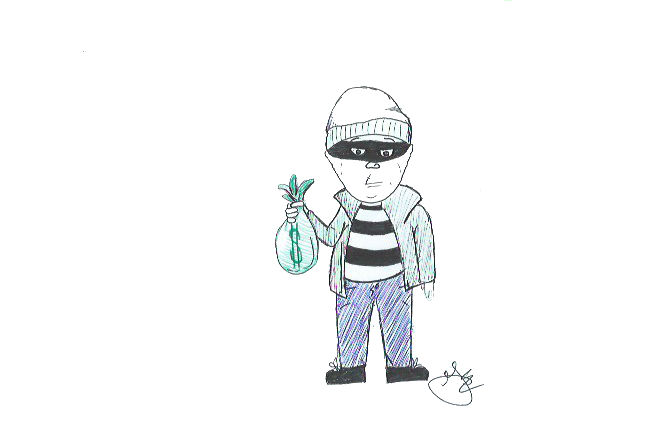 Yet when students are thrown to the floor of their house on the Oct.17, the ensuing armed robbery seemed to barely phase the police department and Butler’s department of Public Safety.

Junior Jamie Dorris, a biomedical engineering and biochemistry major, described coming home for lunch and being met at the door by one of two intruders.

“He grabs my shirt, says, ‘Get on the ground,’ and I didn’t immediately get down because I was taking time to process things,” Dorris said. “That’s when he pistol whipped me, and that’s when I knew it was real. They put chairs on top of us, too [while forcing us to the ground]. One guy kept pacing above us with a gun, talking nonstop — super confidently, while the other went through the house.”

The victims of the robbery claim more than 20 minutes passed before an officer arrived.

Officer Conley said in an email, “From the time we received a phone call to the time the first officer arrived was 6 minutes and 29 seconds. Something that I believe has given people that impression, is that there was a confirmed delay from the time suspects left the scene until the victims found a neighbor to call us. Thus, we were not notified immediately….This was an unacceptable act against our students and I really want to apprehend these thugs.”

Emergency situations leave zero room for error. Nightmares like the Virginia Tech shooting have only emphasized the absolute necessity of anti-violence protocol on college campuses. Even if the responding officer came in 6 minutes, the close proximity of the police station to the house gives no excuse for the timeline’s disturbing length.

Junior Casey Weider is a marketing major and a resident of the house.

Weider witnessed the robberies from the living room floor. The suspects immediately confiscated every victim’s cell phone, rendering them incapable of calling for help. After the criminals fled with the stolen items, Weider ran to the house next door. The student residents there contacted BUPD through the emergency line.

“IMPD and BUPD both came, but neither one of them tried to help us or talk to us, they just b****ed about whose jurisdiction this fell under,” Dorris said.

The house in question, for reference, sits directly behind Sigma Chi on 44th Street, and is approximately a five-minute walk from the police station. Typically, 12:30 p.m. sees students milling about the block, heading to class or lunch — in broad daylight. Why were none of these neighbors or passersby warned, at the very least, that potential shooters were at large?

When I contacted the BUPD non-emergency line at 12:45 p.m that day, the operator was unsure whether Butler officers were even on the case. Approximately five hours after the incident, the Butler community received a mass email from the Department of Public Safety with the stupidly ironic subject line “Timely Warning.”

After vaguely narrating the scenario, the email bullet-pointed different variations of “lock your doors” and pleaded that students come forward with any tips. How, though, would students assist in the investigation if they never knew one was underway?

Indignant students like Geoff Beck, senior finance and marketing major, quipped over social media, “Thanks for the ‘timely’ warning on this @butleru. Five hours after an armed robbery in the middle of the day. Putting student safety first!”

Thanks for the “timely” warning on this @butleru. Five hours after an armed robbery in the middle of the day. Putting student safety first! pic.twitter.com/EH8yjSxg2h

Investigative proceedings have been less than admirable, the victims said.

“In how they’ve been talking to us, it seems that they believe we have previous knowledge of these criminals, or that we ourselves are way more involved in this than we are, for the wrong reasons” Weider said. “And they’ve ignored our requests for further protection.”

Car keys, stolen on Oct. 17, appeared last Thursday in the middle of the victims’ driveway, as if someone had tried breaking into a vehicle. The uneasy boys immediately contacted BUPD requesting surveillance of their house, as they suspected the attackers had returned (but failed to steal the car). Weider reported that this same vehicle’s alarm blared in the middle of the night, and no police assistance was to be found.

Since last week, the victims have continued investigating leads themselves.

“We kept prying. We talked to neighbors, we found some Facebooks,” Dorris said. “We even found a location of [another victim’s] phone. It just so happened to connect to Internet and pinged up at an apartment complex… We’ve given the cops everything we have, but it doesn’t seem like they’re doing anything.”

As the days pass, the victims still feel as if they’re walking on eggshells, but are coping with the traumatic stress by sticking together as a house.

“It’s something awful to go through, but we all have each other,” Weider said. “In terms of coping mechanisms, we’ve just been totally staying together.”

Note also that the @DawgAlert account has been inactive since August.

Simultaneously, the university announced no lockdown and released no Dawg Alert. Two gunmen slipped in and out of our Butler Bubble, at no consequence. None of the university’s listed Emergency Response plans were enacted. Pure luck seems to have prevented an isolated incident from evolving into tragedy.

On Friday night, rumor of a second armed robbery circulated among the student body. All supposed information was spread by word of mouth or through group messaging. Again, students reached out to BUPD demanding either confirmation or denial. Yet their online “daily” crime log had not been updated to include Oct. 21 – 24 until late last night, because it only lists Mondays through Thursdays. Anyone can sign up for daily emails of the log, but they are not always readily available online.

Even if such gossip is unfounded, it’s unsettling for students who are unsure if it’s safe to leave their houses, or, for that matter, to even stay inside.

The robbery victims were astounded that this secondary situation had not been explained or dismissed by law enforcement. “What’s with the censorship? Everyone deserves to know what’s going on,” Dorris said.

Late Monday night, student residents of several Clarendon and Berkeley houses were terrorized by what sounded like a loud gunshot. Dawg Alert came roaring out of retirement as a single-sentence blast claiming that the noise was a mere bottle smashing. This implied that the investigation was already complete. But the community was never notified of a dangerous situation in the first place.

Maybe BUPD sees student panic as only paranoia. But is this hyper-sensitivity not justified? If a “timely” warning mentions that gunmen strolled campus unfettered, how reliable are the sparse email alerts and offhanded voicemail boxes of our most essential line of defense?

The sad reality of senseless violence means universities have to be prepared and informed at all times. Lack of transparency when it comes to life-and-death situations is absolutely appalling. If Butler University wants to claim status as a safe institution, serving the needs of its students, the respective police force should prioritize notifying those they’ve sworn to protect.

Social media has such potential in furthering safety proceedings. Yet fluff tweets clog our most valuable resources. There might be gunmen roaming your neighborhood, no one’s really sure. But be sure to enter the BUPD Halloween contest.

If you need law enforcement fast, a foolproof cop-trap can be DIY-ed instantly. Simply leave a beer can outside, crank bass-heavy rap, and watch as sirens appear in minutes!