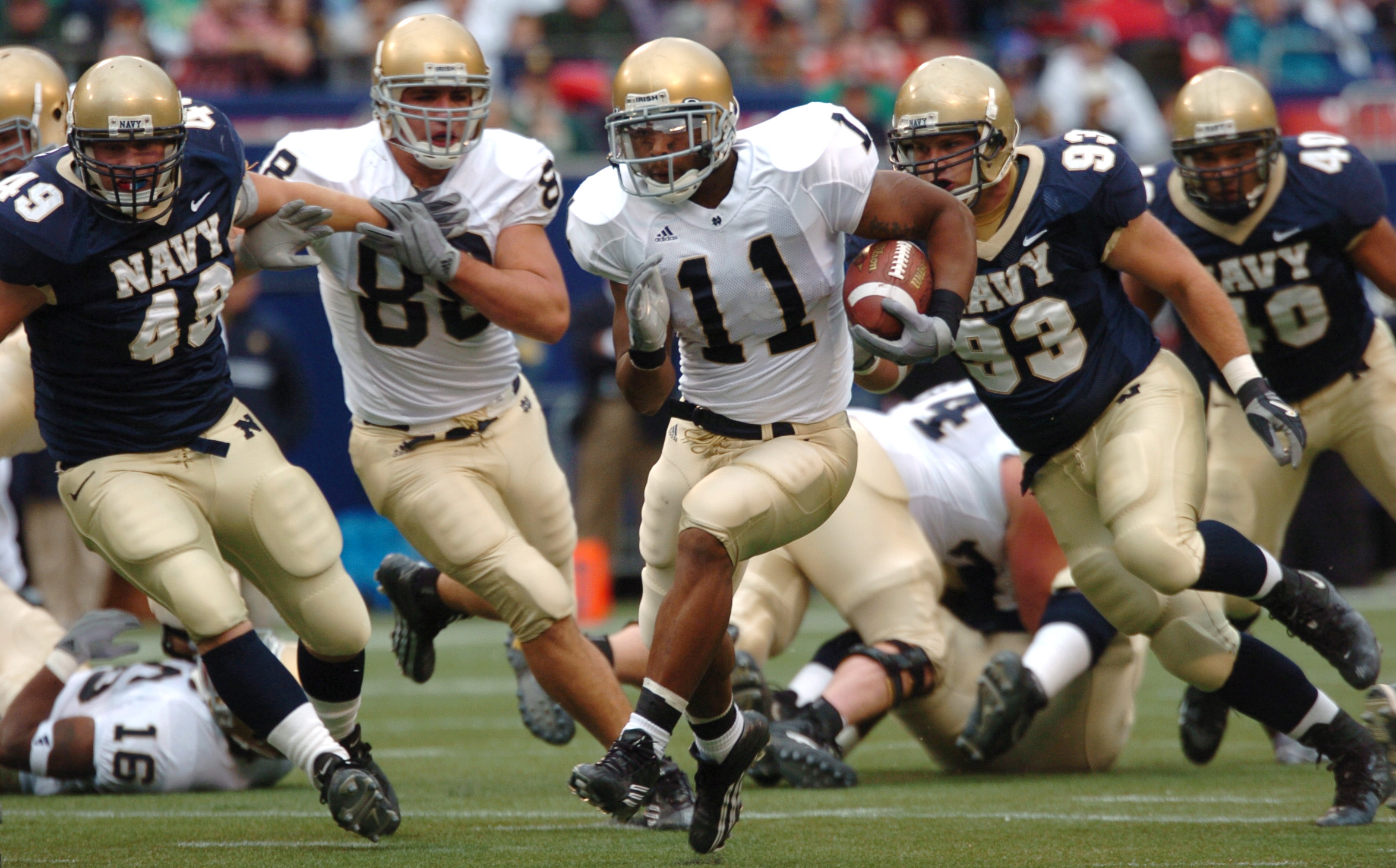 Few football players are able to climb up the same ranks held by former Notre Dame football player Douglas Randolph. The junior linebacker had played limited minutes in his first two seasons with the Irish, and was ready to play a major role as a redshirt sophomore in 2015.

Yet, Randolph never got his opportunity to shine.

According to the Indy Star, a number of Notre Dame’s football staff and team doctors are being sued by Randolph for not disclosing results of medical scans after he experienced discomfort following collisions. Randolph experienced numbness in his arms and legs, which prompted a number of scans on his head and spine.

Notre Dame reportedly failed to reveal the results of several medical scans to Randolph, encouraging him to play with a damaged spinal cord. After third-party testing, it was determined that Randolph had near-permanent damage in his spine and neck.

If Notre Dame did in fact conceal medical results from Randolph, this should be a groundbreaking case. Not only is it intolerable, but it is cowardly. Is this the lowest Notre Dame football could go? Concealing medical records from an injured player so he would “shake it off” and continue playing?

College football is an instructional league. Despite the popularity and fame of the major conferences, college athletics are intended to help players develop their skills, not ruin their bodies or futures.

Recently, we have seen cases of college athletes being objectified and abused because of their athletic talents. It seems as if college programs have begun to view their athletes as players rather than people.

After a hard hit in the 2016 Fiesta Bowl, Randolph got a third opinion from an outside medical specialist and diagnosed with spinal stenosis. This is a condition developed after severe osteoarthritis, that causes shooting pains, numbness and stiffness in the neck and back. The doctors also told him the condition was most likely permanent and an issue he will deal with the rest of his life.

Paul J. Browne, vice president for public affairs and communications, said the issue will be handled

“We will respond in full to these claims in court, but what we can say with certainty is that nothing is more important to Notre Dame than the safety and well-being of our students,” Browne said in a statement. “With that in mind, we believe our athletics doctors and trainers are second to none and we are completely confident that these health-care professionals provided proper medical care to the plaintiff in this case. We are equally confident that the allegations made in this lawsuit are baseless.”

The focus of college programs should not risk the player’s health, it should be to help a player develop skills to help them later in life. A college coach’s job should be protecting his players from extreme harm or injury so the players have an opportunity to play at the next level. A college-level trainer like Hunt should know the wear and tear football can have on the body.

Injuries are the source of mounting tension in the game of football. Players, coaches and fans at every level of the game have made statements and pushed for reform in the realm of player safety.

One of the most interesting cases of protest came this summer from Ed Cunningham, ESPN college football analyst and color commentator. Cunningham resigned from his position because he could not support the brutality of the sport any longer.

“I know a lot of people who say: ‘I just can’t cheer for the big hits anymore. I used to go nuts, and now I’m like, I hope he gets up,’” Cunningham told the New York Times in August. “It’s changing for all of us. I don’t currently think the game is safe.”

Cunningham himself was a college football player and member of the NFL for five seasons. He is now one of the most influential advocates for player safety.

“Announcers are part of the industrial complex of college football, and I think we’ve turned a blind eye toward the violence — we have to protect these kids,” Cunningham said.

Protecting the kids. That is the problem with Kelly, Hunt and the team doctors at Notre Dame. They did not protect Randolph. They endangered him, and pushed him to the point of permanent nerve damage.

Randolph was able to acquire a medical hardship waiver, which allowed him to keep his scholarship and remain enrolled at Notre Dame. Randolph also took a role on the coaching staff as a student assistant. Even after he found out about his medical background, after the third outside scan, he remained with the team, and is just now filing the lawsuit.
With this case, Randolph is trying to prevent his situation from occurring ever again, while also getting justice in his case against the school.

Player safety is and will continue to be a problem as long as coaches value winning over the health of their players.

College football players are seemingly playing for very little, especially in Randolph’s case as he was very unlikely to see action at the next level. This is why this case is so important in the discussion of college football’s safety issue. Not only does this case reveal a critical issue in the medical treatment of a player, it also shows the shifted focus of college football.

“When I went to the doctor’s appointment and they all told me I couldn’t play anymore, I honestly wasn’t sad,” Randolph told the South Bend Tribune in May.

Today, college football is about winning championships rather than the development and improvement of the players. This triumph-centered culture weakens players love for the game and this coupled with football’s long-term medical concerns could potentially destroy the game.

It is time to bring back fun and excitement to football. College football should not be about the elite coaches or the prestigious programs, it should be about the student-athletes who play for so little. Randolph’s case should teach us all that winning is not what matters.

If less of an emphasis was placed on achievement then Notre Dame would not have been handed a lawsuit, and Randolph would not have to worry about his permanent spinal injury. It is time to change the culture.