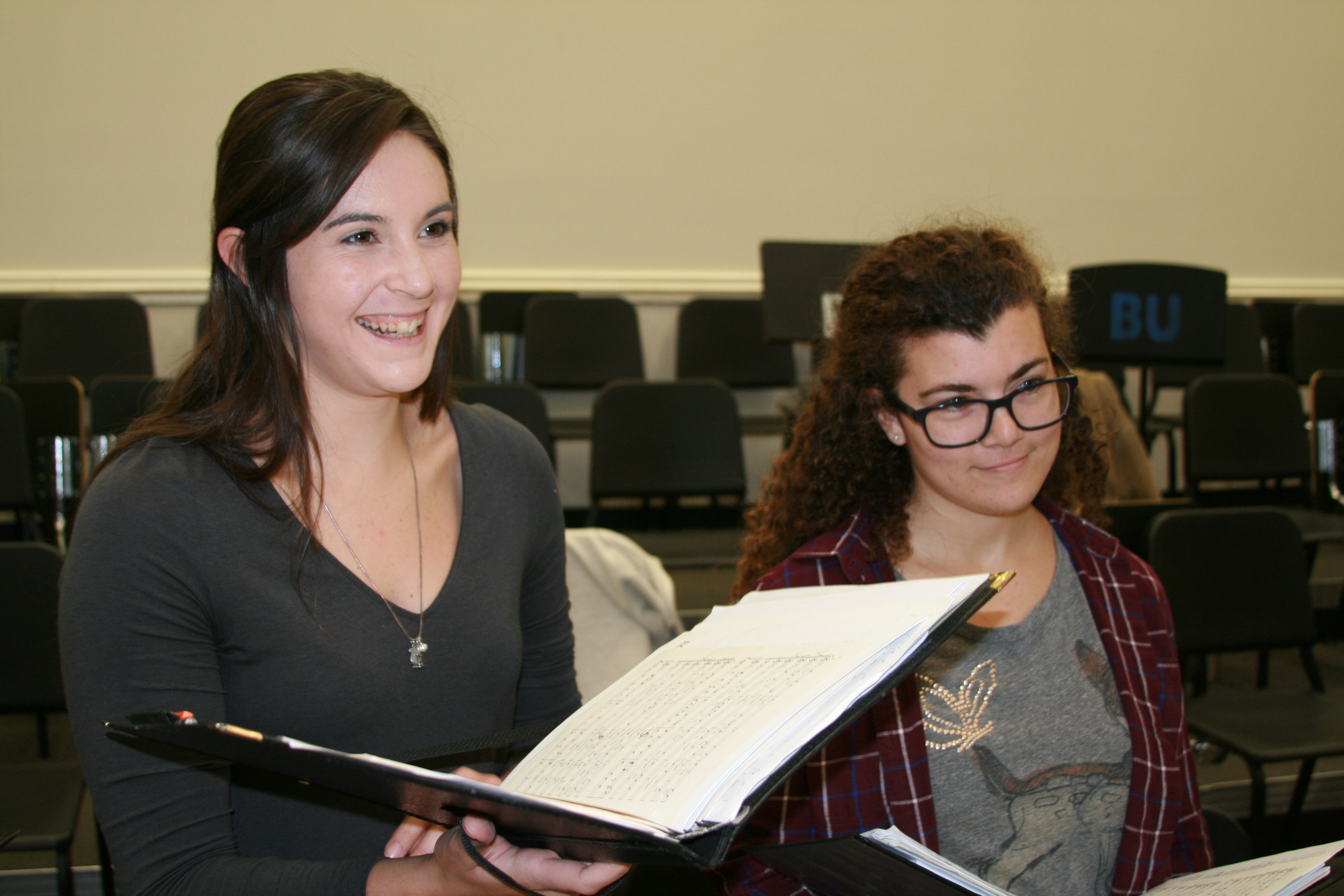 On Sept. 17, the School of Music will be putting on the annual Fall Showcase at the Schrott Center for the Arts.

This year’s showcase will feature the Butler Symphony Orchestra, Chorale and the Percussion Ensemble.

Richard Clark, director of the Symphony Orchestra, said he is excited to show the community what he and his students have been working on.

“We’re giving the audience a preview of the drama and intensity that takes place every time these kids take the stage,” Clark said.

His students will perform Beethoven’s “Egmont Overture.” The work in its entirety is made up of the overture itself followed by nine other pieces. Vocalist Diana Huntoon will be featured during the performance singing over the orchestra at points in the piece.

Clark has been with the university since 2003. In addition to directing the symphony orchestra, Clark also conducts for all of the ballets here at Butler, teaches chamber music to choirs and his favorite, teaches students to play the viola.

“The viola is my baby,” Clark said. “I absolutely love that I have the opportunity to teach kids how to play this beautiful thing.”

Drew Soukup, a sophomore recording industries studies major, plays trumpet in the symphony orchestra. He said he started playing trumpet in the fourth grade and has been hooked ever since. This year is the first year Soukup is playing in the orchestra.

“It’s a whole new experience,” Soukup said.  “In the orchestra, the trumpet doesn’t get to play very often, but when it does it has to be loud and brash, and I kind of like that.”

By the time the showcase rolls around, the symphony orchestra will have had about four weeks to prepare, but Soukup is not letting this stop them from putting on a great show.

“I think the audience can expect to see all the hard work the students have been putting in, just in this short couple of weeks,” he said.

The Chorale, like the Symphony Orchestra, has been working since the first day of classes to begin preparation for the showcase.

The students will perform three different titles this Sunday: “O Clap Your Hands” by Ralph Vaughan Williams, “Sing Joyfully” by William Byrd, and “Dreamer of Dreams” by Gwyneth Walker.

Though there are no soloists appearing in this concert, the Chorale will showcase many artists, both vocal and instrumental, at their next concert on Oct. 21.

Stark said he feels as though the theme of this year’s showcase, at least for his Choral, is excitement.

“I think it would be excitement about the new year,” Stark said. “And all the possibilities we have because of the talents of our students.”

Stark said he thinks the audience will be impressed by his chorale and all that they’ve accomplished in such a short time.
The 2017 Fall Showcase will take place at the Schrott Center for the Arts on Sept. 17 at 3 p.m.