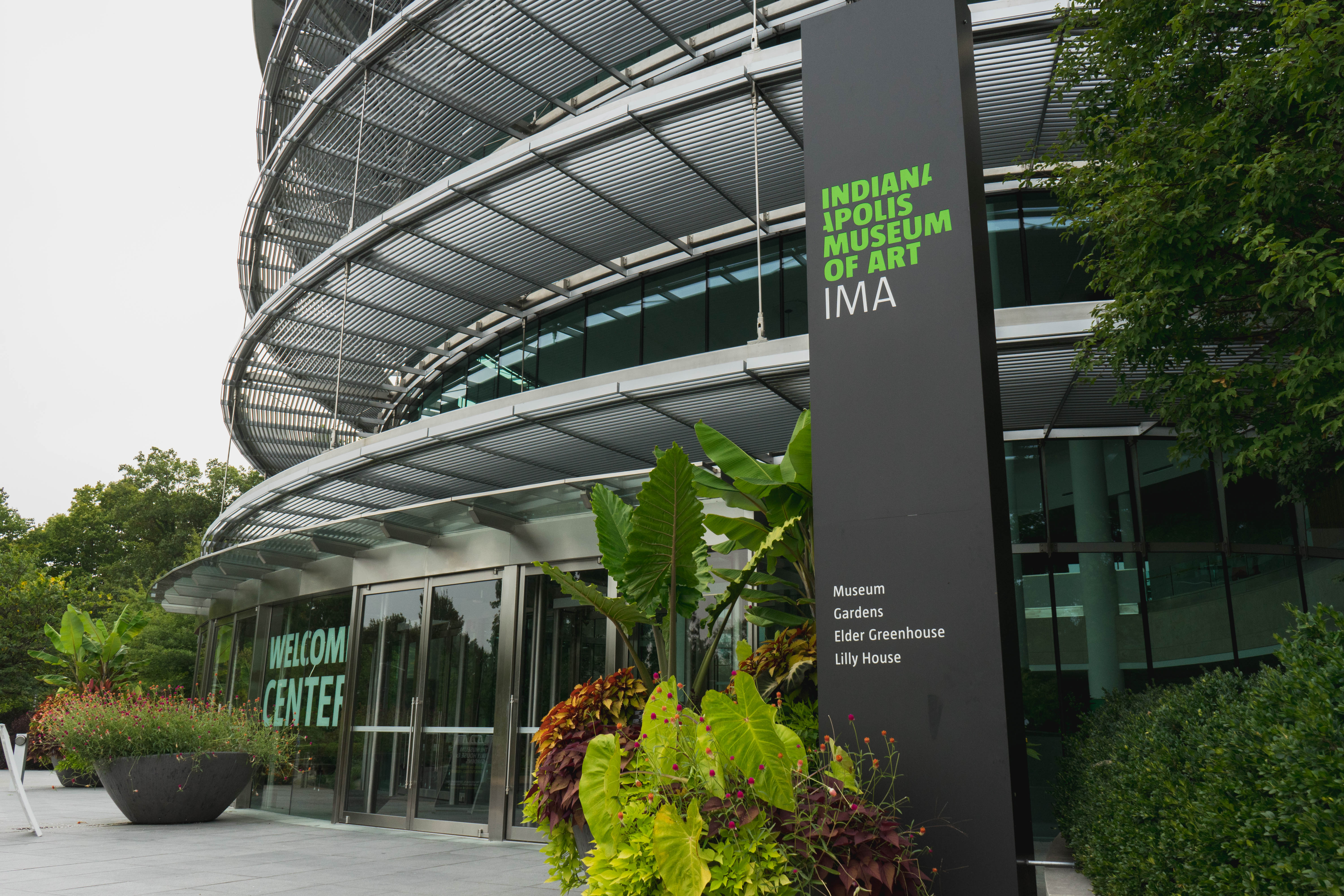 The Newfields name and website will officially launch in early October. Photo by Adam Cvik.

In early August, the Indianapolis Museum of Art announced the new name of the 152-acre campus: Newfields.

Newfields will include the IMA, Lilly House, 100 Acres: The Virginia B. Fairbanks Art & Nature Park and the gardens. There will also be an increased emphasis on community engagement activities involving both nature and the arts.

The rebranding was sparked by the realization that there are many pieces of the IMA’s campus the public does not necessarily associate with the museum itself. Charles Venable, the Melvin & Bren Simon Director and CEO of the IMA, said he hopes that giving them a collective name for the first time will help unite the campus.

“Our diverse landscape is unlike any other in the Midwest, and now is the time that we fully embrace all that we have to offer the community as a one-of-a-kind institution,” Venable said.

The name “Newfields” is a reference to the Oldfields estate the Lilly family donated to the museum. The estate includes both the gardens and the Lilly House, which were once the residence of J.K. Lilly Jr., Indianapolis philanthropist and businessman.

The campus plans to continue increasing their community involvement through events such as Winterlights, a walk through the gardens that will be illuminated with millions of holiday lights. Other recent community programs include the Spring Blooms exhibit that launched earlier this year and the 18-hole mini golf course that launched in 2016.

Brenda Johnston, an assistant professor in arts administration at Butler, said she is excited to see how the IMA’s rebranding goes, especially since other museums such as in Santa Cruz, California, and Dallas have found success in doing a similar sort of community programming.

“Yes, it’s being done other places,” Johnston said. “I don’t know how much data is being collected at a national scale at this point, but people are seeing success. It’ll be really interesting to see how it plays out here.”

Johnston also pointed out that not all of the new community programs are free, such as the Winterlights exhibit that will open in November.

“When I first heard about the new holiday light exhibit I thought, ‘This is awesome!’ but when I heard about it again today I realized, as a member, I still have to pay $20 to go in,” Johnston said.

She also said she wonders what the price will be for people with access passes, the discounted passes that the IMA provides for low-income families.

“What are they going to do for people on the access pass?” Johnston said. “Because [Winterlights] sounds like a really great thing, but I hope everyone can enjoy it.”

Erin Schwartz, a senior arts administration major who is currently interning at the IMA, is also excited about the changes that are coming to the museum and its campus.

“Overall, people are very excited about the new and upcoming identity of the campus,” Schwartz said. “It will give areas of the campus that aren’t always highlighted a chance to shine, in my opinion.”

With the IMA’s new sense of cohesion between all the areas of its campus, Schwartz also said she hopes more Butler students will take the time to explore it.

“With the new branding, Newfields emphasizes the importance of art and nature,” she said. “So, even if you’re not a huge fan of walking around a museum, you can take a walk around outside. You can actually access some of the IMA’s property via the toe path behind Holcomb Gardens. I found that out when I was a first year and I thought it was so neat.”

Professor Johnston also said she encourages Butler students to visit the IMA’s campus, and to remember that students have free access.

“You show up with your student ID, and you get in free,” Johnston said. “They’ll even give you a membership card. So yeah, it’s free entertainment.”

The museum itself is a 20-minute walk away from Butler’s campus and is easily accessible along the Central Canal Trail.

“You don’t need a car to get over there, you can just walk along the canal,” Johnston said. “For me, it’s just a nice way to get away. I like being there when I need to relax. I think that’s something all students can enjoy.”

The Newfields name and website will officially launch in early October.