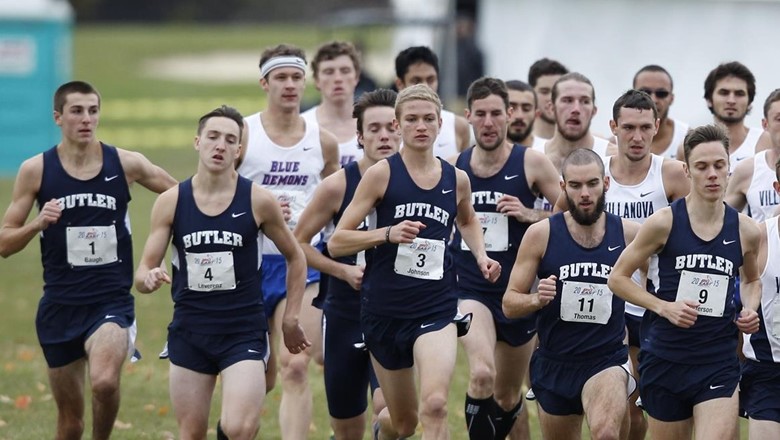 A dominant individual and team performance led to a sweep for the Butler men’s and women’s cross-country team at the Butler Twilight Sept. 1 in Carmel, Indiana.

In the women’s 5K race, sophomore Josephine Thestrup crossed the finish line 50 seconds before her next competitor, marking the second consecutive year she finished first at Butler’s opening meet.

Josephine Thestrup went to the front early and led wire to wire… pic.twitter.com/PR10JXAanr

Kara Stark, Julia Adams, and Emma Bailey completed the lineup for the Bulldogs

IUPUI finished second as a team followed by Ball State and the University of Indianapolis.

In the men’s race Butler’s performance was a group effort. Three senior Butler runners finished within three-tenths of a second from each other at the front of the pack. Bobby Johnson won the 6k race followed closely by Matt Lumbar and Johnathan Collier. The three runners finished the race at 18:31, eight seconds ahead of the field.

Johnny Leverenz and Eric Baugh finished in 5th and 7th as the Bulldogs claimed five of the top seven spots. Butler’s team score was 16, 36 points ahead of IUPUI. IUPUI was followed by Cincinnati, Wabash, and University of Indianapolis.

Coach Matt Roe left several of his top runners out of the race while they continue an intense training schedule.

Despite the sweep, Butler was focused on getting young runners in competition for the first time.

“This race is really about the young athletes more than anything else,” Roe told Butlersports.com. “Freshman gain the first opportunity to compete and wear the uniform. For the older athletes, it’s about trying to execute a plan, run controlled, and run at a high level without much pressure.”

Butler cross-country looks to take this momentum into their next meet on Sept. 9 as they participate in the John McNichols Invitational hosted by Indiana State in Terra Haute, Indiana.