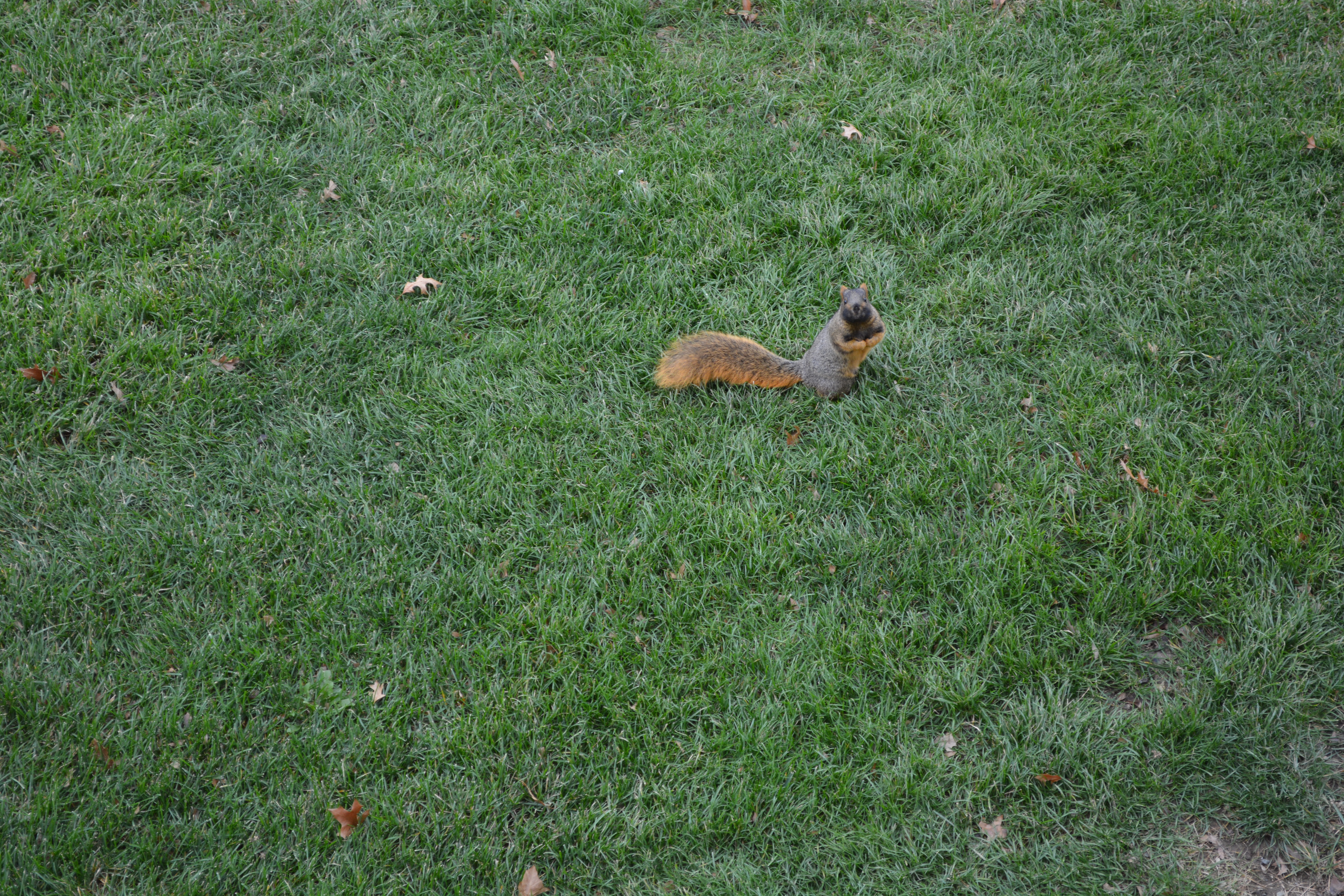 This year, Butler welcomed its biggest first-year class to campus. As the number of students going to classes and living on campus increased, so did the population of small, woodland creatures that also call Butler home.

It is almost impossible to walk around campus without crossing paths with a few Butler squirrels. Each one is a little different. Some are more daring, darting directly in front of the feet of innocent passersby, inadequately afraid of humans. Others like to chill in their trees, watching from afar.

Butler squirrels are just as different as Butler students. The only question is — which squirrel are you?

Susan is the girl who is constantly doing things. She is involved in multiple campus organizations and is probably the president of at least two. She graduated with honors from her high school — where she was most likely student body president. She’s fun, smart, photogenic and her Instagram causes major envy with her other squirrel friends. Susan boasts hundreds of likes on each well-lit, perfectly framed photo of her and her friends.

Susan B. Acorn-y is most definitely in a sorority. She’s always dressed to the nines, organized and ready to take on the world with her Starbucks order in hand.

You know you are a Nutter Butter if you have ever uttered the phrase “Oh no! That was due today?”

This squirrel is constantly confused and running late. He slides into class two or three minutes after the start time, out of breath and slightly sweaty. He is notorious for hitting the snooze button upwards of four times.

Nutter’s attempts to hold his life together are a running joke between him and his friends.  Does he know how to cook anything but pasta and oatmeal? Nope. Is he going to get arrested for tax evasion because he does not know how taxes actually work?  Probably. But is he genuine, funny, and always up for a good time? Most definitely.

Tim was that kid in high school that took gym class way too seriously. He constantly uses the word “dude” and wears enough Axe body spray to gross out even the most committed of middle school boys.

Tim is most likely found hanging outside of the academic buildings whistling and yelling inappropriate comments at the girl squirrels that pass by.

Mrs. Nutz is the best squirrel to have in the squad. She is sweet, soft spoken and the pinnacle of class. She tells all of her friends to drink water during a night out and always remembers to buy toilet paper for the apartment.

She texts back right away and her favorite emojis are the face with the heart eyes and the bottle of wine. Mrs. Nutz will drive her friends to class when they sleep through their alarms and remind them to bring an umbrella if it is raining.

If Mrs. Nutz was a person, she would be Julie Andrews.

It is  hard to catch a glimpse of Abraham Leaf-on. He always seems to be scurrying off on some big project or adventure. Abe might be seen backpacking through Europe, surfing in the Pacific, or cliff diving in Central America.  No adventure is too big — or too small — for this guy.

You are 98.3 percent positive that Abe is going to be the next President of the United States. He is a passionate speaker, cares about the environment and does not want to build a wall along the Mexican border. What more could we ask for?

When Punk looks back on her old Facebook profile pictures, it is hard to see her face through the thick fringe of side-bangs and heavily edited filters.  While she did not regret her extensive use of eyeliner, converse high-tops or thick, studded belts back then, she certainly cringes now.

Most of Punk’s old statuses were cryptic, vaguely depressing song lyrics or odes to her middle school boyfriend.  Her frequently updated MySpace page was a beauty and her weekends consisted of shopping at Hot Topic with her friends and waiting in line for the release of the latest Twilight book.

Even though Punk traded her black skinny jeans for yoga pants and her deep side part for longer layers, she still sometimes finds herself blasting Fall Out Boy, Panic! At The Disco and Paramore in her car when she is alone. Punk still knows every word.

Have you ever wondered which Butler academic building you are?  To find out, click here.