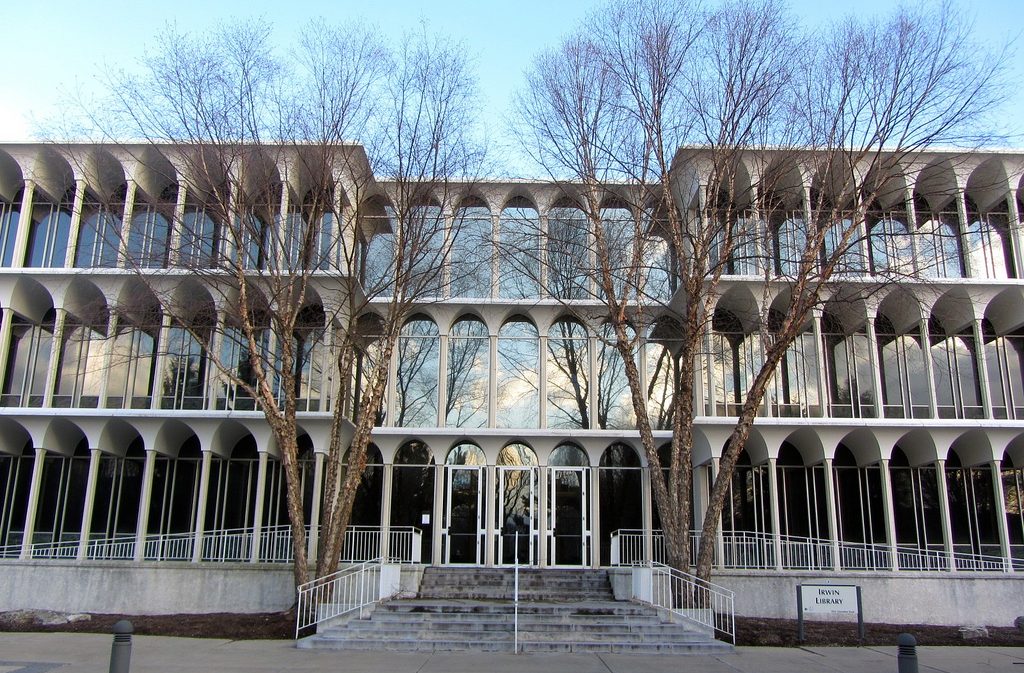 Butler University is both school and home to its students, but how much do you really know about good ol’ BU? Here are five fun facts that might just blow your mind.

According to the National Center for Educational Statistics, in the 2012-13 school year there were 3,026 operating four-year colleges in the United States. More than 40 of them have a bulldog as their beloved mascot. Butler’s own Trip is joined by numerous other proud canines such as University of Georgia’s Uga and The Citadel’s General II and Boo X.

Buzzfeed placed the bulldog at the top of their “20 Most Common NCAA Division 1 Mascots” listing, using a photo of Butler Blue II.

Bulldogs are so popular, simply because they are the best mascot any educational institution could hope for. Then again, I have been a Bulldog since freshman year of high school where the mascot was also a bulldog.

Fairview Has a Roller Coaster?

The new Fairview House might be decked out with all the whistles and bells, but its namesake used to have a few more.

You might not know that Butler University has called two different campuses home since its conception in 1855. But did you know the current location was the grounds of a former amusement park?

Due to an increase in enrollment, the university moved from the original Irvington campus to its present location in 1928. Prior to the construction of the Butler we all know and love today, the land was home to an amusement park entitled Fairview Park.

There you have it. Fairview was the coolest place to be even a hundred years ago.

A Home for the Pages

Irwin Library became a welcome addition to Butler’s campus in 1963. As the years rolled on, the outside of the building became just as interesting as what it holds inside.

Minoru Yamasaki was the architect on the project — the very same architect who designed the World Trade Center a few short years later. His work at Butler was his only design in Indiana.

The next time you trek past Irwin on your way back to your dorm, take a look at the outer walls. Especially when lit up at night, the windows appear as books lined neatly on a shelf.

Upon the completion of Irwin Library, it was none other than the Butler football team that hauled approximately 165,000 volumes of books to their new home sweet home.

Experienced exam-takers may recall with a groan the little blue books used by professors during the dreaded finals week. As it turns out, we may be able to thank Butler for that.

It is rumored that the infamous Blue Book got its start at Butler University. Sometime after 1920, professors decided that they wanted a uniform way in which students submitted their exam responses. Thus, the Blue Book was born. Its colors are said to have been chosen to match Butler’s own blue and white.

OK, so maybe that one is not such a fun fact, but nevertheless pretty cool.

A Notable Alumnus from My Elementary School History Books

I remember being quite young when a textbook from school explained to me the backstory behind the phrase “do not drink the Kool-Aid”, but it was not until 24 hours before move-in day that I discovered Jim Jones himself graduated with a degree from Butler University.

Jones appears in history books as the leader of a religious cult who orchestrated the mass suicide of nearly 1,000 people via grape Kool-Aid laced with cyanide. The tragic events which took place on Nov. 18, 1978 became known as the Jonestown Massacre.

An Indiana resident, Jim Jones attended classes at both Indiana University Bloomington and Butler University between 1949 and 1961. It was from Butler that he earned a degree in secondary education.

How is that for a creepy little tidbit as we head into the Halloween season?

Butler has a rich history packed full of fun pieces of trivia, enough even to warrant its own game. Although, this may be the closest we get to seeing Trip’s smiling face on the box of a Butler University version of Trivial Pursuit in the bookstore any time soon.