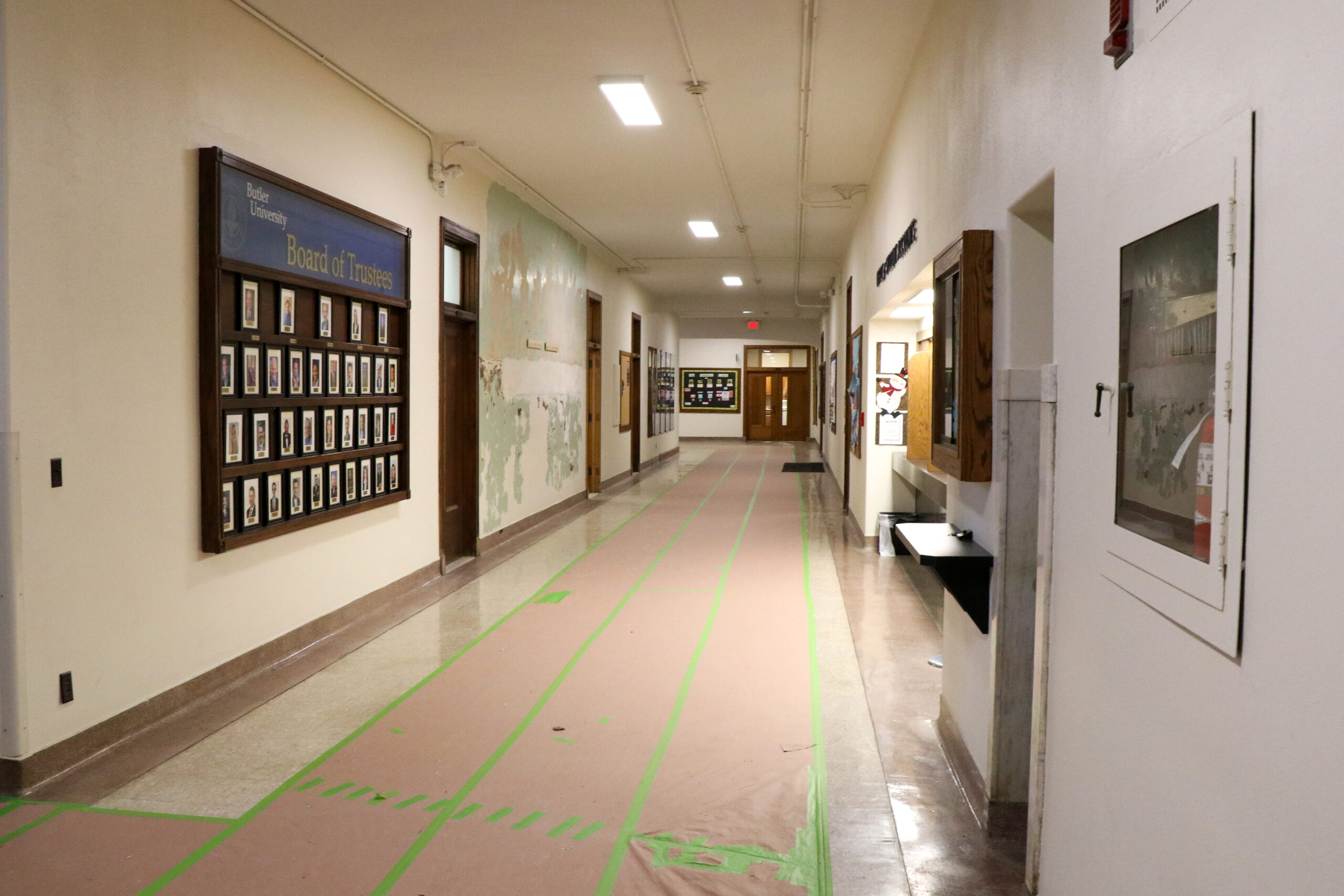 Jordan Hall, home to the college of Liberal Arts and Sciences and other university offices, is under repair after burst pipes caused water damage over winter break. Many students who have entered the building have seen the paper covering the floor on the first level, but both the basement and the second floor were also affected by the incident.

According to John Lacheta, manager of facilities and operations, the issue originated in rooms 201 and 207. The pipes that run outside the walls of those rooms also run through the President’s Office, the Office of Student Success and the University Advancement Office. When temperatures reached below freezing during winter break, the pipes burst due to the pressure they withstood when the water inside them froze and expanded.

The exact day that these pipes burst is unknown, but the damage was discovered on Christmas Day by a University Advancement employee. Graham Honaker, executive director of principal gifts, described the scene as unbelievable.

“I came by the office to drop off a check from a donor,” Honaker said in an email interview to The Butler Collegian. “I walked past the Student Success Center, and it sounded like showers were running. Problematic since I knew there were no showers in there! When I came down the stairs to the Advancement Suite, the scene was surreal. It looked like a rainstorm was hitting. Tiles were falling, there was standing water everywhere. It looked like a large rain cloud was dumping rain over a big portion of the suite.”

Honaker immediately called BUPD, who he said came right away and helped him retrieve as many valuables from his colleagues’ offices as possible. From there, BUPD and the facilities staff helped Honaker and tried to address the pipe issues before contacting a restoration company.

The damage was not entirely repaired by the time students returned to campus, causing many puzzled students to wonder what had happened to the campus’s oldest academic building, built in 1927.

Senior international studies major Renee Fezatte said one of her classes, which was scheduled to meet in the basement, was moved due to the damage. When the class was relocated to the second floor, Fezatte said she experienced some trouble breathing. She is not sure if this was due to the rooms close by being under repair, but it did force her to have to leave class early on Jan. 13.

“I’m not sure if it was like directly related to [issues in Jordan], but I know that once I got out of the building, I felt fine,” Fezatte said. “And it kind of just started like right when I got back from winter break … I literally just couldn’t breathe.”

Thankfully for the faculty and students affected by the damage, restoration has been moving on schedule. In the basement, the ruined ceilings have been replaced. The President’s office, as well as rooms 201 and 207, are completely restored and back to normal. The main holdup now is waiting for orders of new flooring and new furniture to come in, which should be delivered around spring break.

The damage has caused a few employees in University Advancement and Student Success to work elsewhere while repairs are completed. Honaker has worked from home or found a spot on campus — normally in Dugan Hall or Irwin Library — to do his work. Employees from Student Success, including Nii Abrahams, director of first-year experience and academic advisor Chris Clendenen, have been moved to offices on the second floor for the time being.

With such an unfortunate event, employees are making the best out of the hand they have been dealt. Jonathan Purvis, vice president of university advancement, had some floor and ceiling damage in his office, but he is now able to work in it again. He credits the response of facilities staff for not having to change much of his workspace.

“It’s really amazing the work that our facilities team has to do to keep a historic campus like this up and running,” Purvis said.