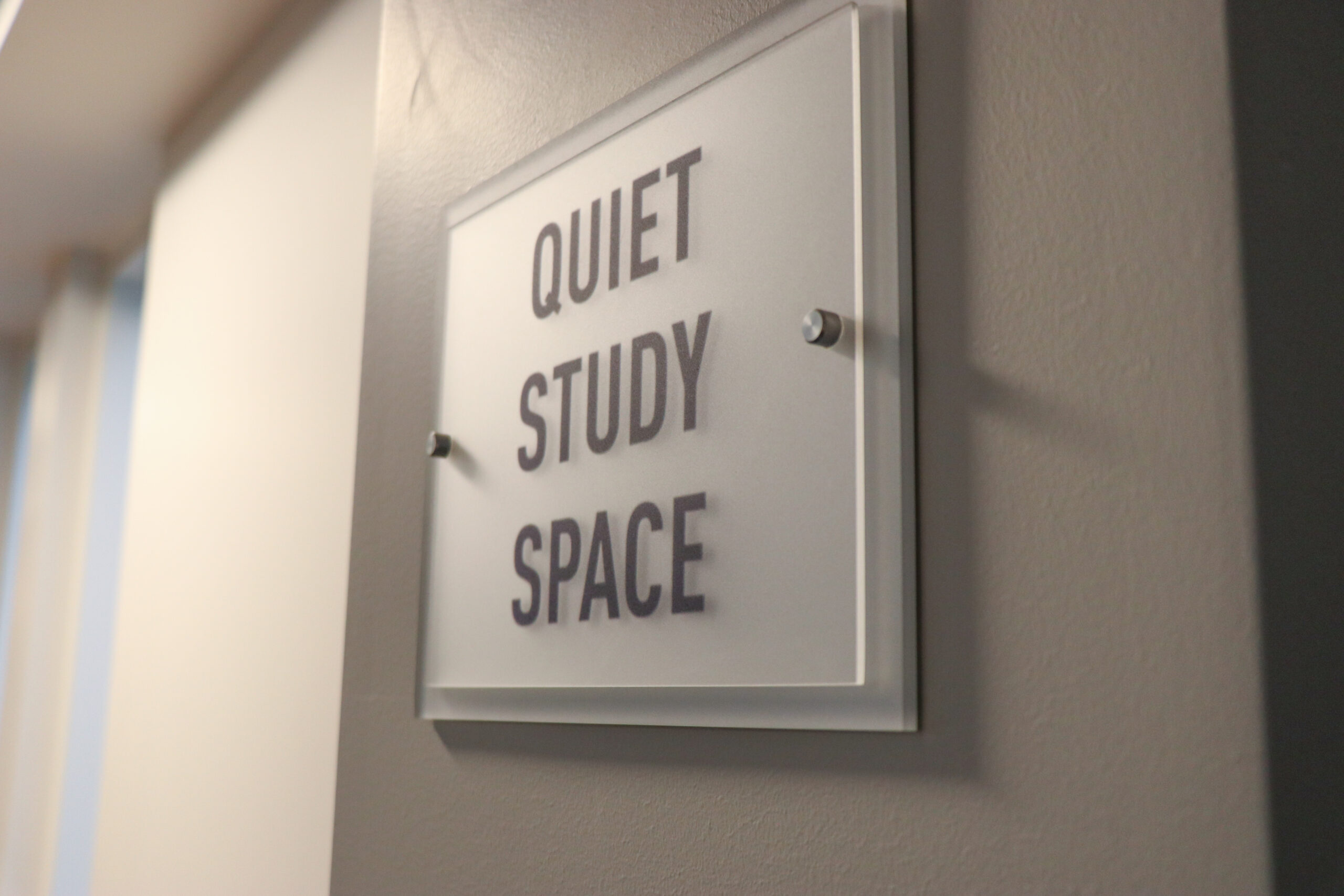 The life of a successful college student is inevitably one of endless homework and study. There are spots outside, in busy areas, in quiet areas and anywhere in between. Going somewhere to study is a choice that everyone makes on a weekly basis. Where you go to get your work done is a big tell about who you are as an individual.

As an education major, I find myself doing most of my homework on the lovely South Campus; the vibes are immaculate and unmatched. However just because I have amazing taste in study spots around campus does not mean you do. With that being said, here is what your favorite study spot says about you.

Starbucks is a classic study spot. If you have to study, you might as well sit down with friends, sip on a strawberry acai refresher and get to work. However, the appeal of the space means it’s also almost always packed. The cacophony of music, shouting baristas and piping hot gossip make the space difficult to work in.

Grace Elliott, a sophomore early childhood education major, commented on how difficult it is actually to get work done in Starbucks.

“It’s so loud in there — I don’t know how people [study in starbucks],” Elliott said. “I feel like you got to be really smart to study in Starbucks because you have to tune everything out.”

So if you study at Starbucks it means one of two things. You either have impeccable focus and an amazing work ethic, or you are actually not working on school. You are probably just sitting there gossiping with your friends and pretending to get work done.

Levinson Family Hall — the place where every whiteboard in the building is covered in scribbles of organic chemistry. This building screams austerity and productivity. People who study in Levinson need to get their sh*t done.

Junior music composition major Isabelle Calkins gave her initial thoughts about people who like to study in Levinson.

“I feel like maybe you’re on the edge of your sanity a little bit while you’re in there,” Calkins said.

People who study in Levinson are serious. They are most likely a little stressed out and possibly on the verge of tears when working. They are very aware that they have to get their work done and need a quiet, calm place to do so. So, if you study in Levinson, props to you for getting your work done efficiently.

Let’s all be honest: nobody works as productively in their dorm as they could elsewhere. If you are lying in your bed, can you actually do your homework or study as efficiently as if you went somewhere else?

Gavin Arkinstall, a sophomore marketing and finance double major, talked about the reality of studying in your own room.

“I just think that if you’re going to be in your dorm room, you might as well just be on your phone,” Arkinstall said. “[People who study in their dorm] probably are and probably not even getting any work done.”

Now we’ve all been there. I have done homework in my room, but I am never as productive as I would like to be. Even with do not disturb on, when you study in your room you probably find yourself on TikTok a little more than you would like to admit.

People who study in their rooms know they are making a choice that they will probably regret later, but they are also too lazy to just go somewhere else. I won’t judge you — college is hard and sometimes sitting in bed and spending the same amount of time watching TikTok as you do reading can be beneficial to your mental health.

Personally, I do not like to study in the presence of rank Plum tendies, screaming Plum employees and endless swarms of tour groups.

Arkinstall talked about the real truth of why people study in Plum.

“I think if you’re going to Plum to study, it’s probably for some sort of group project,” Arkinstall said. “And you were roped into going there.”

I have never sought out studying in Plum. People who study in Plum really need to reevaluate their life choices. If you are looking for somewhere to go study, and you choose Plum, you are beyond salvation. So please seek help immediately.

The ever-so-lovely all-glass study rooms in the Lacy lobby should never have been made. With the majority of the doors being glass and see-through into the huge Lacy lobby, I do not understand why anyone would want to study there.

I would prefer not to be on display like a zoo animal when I study. I like to study where there are no people walking through the lobby of the building I am in and immediately able to see my every move.

Calkins talked about the stress that comes with studying in the Lacy lobby study rooms.

“I can’t imagine being seen on all sides, writing my ideas down on the whiteboards,” Calkins said. “It stresses me out.”

The lovely South Campus cafe. While it might be a bit of a hike, it is the absolute prime study space.

Elliott shared why she loves studying at South Campus.

“The best people on campus [study in South Campus] because it’s so great,” Elliot said. “The South Campus ambiance is so cozy and light-hearted, and everyone talks to each other,”

The cafe is a perfect mix of a place where you can socialize with people and still have a quiet, comfy and cozy spot to work.

If you study at South Campus, you are probably an education major, but you also understand that having a relaxing environment will make you more productive. Studying at South Campus also means you’re decently chatty, and love to chat it up while you’re there.

Study where you want and where it works for you. Unless it’s Plum — then as previously stated, make better choices. So, next time you are packing up to go get some work done outside of your room, remember that where you go says a lot about you.