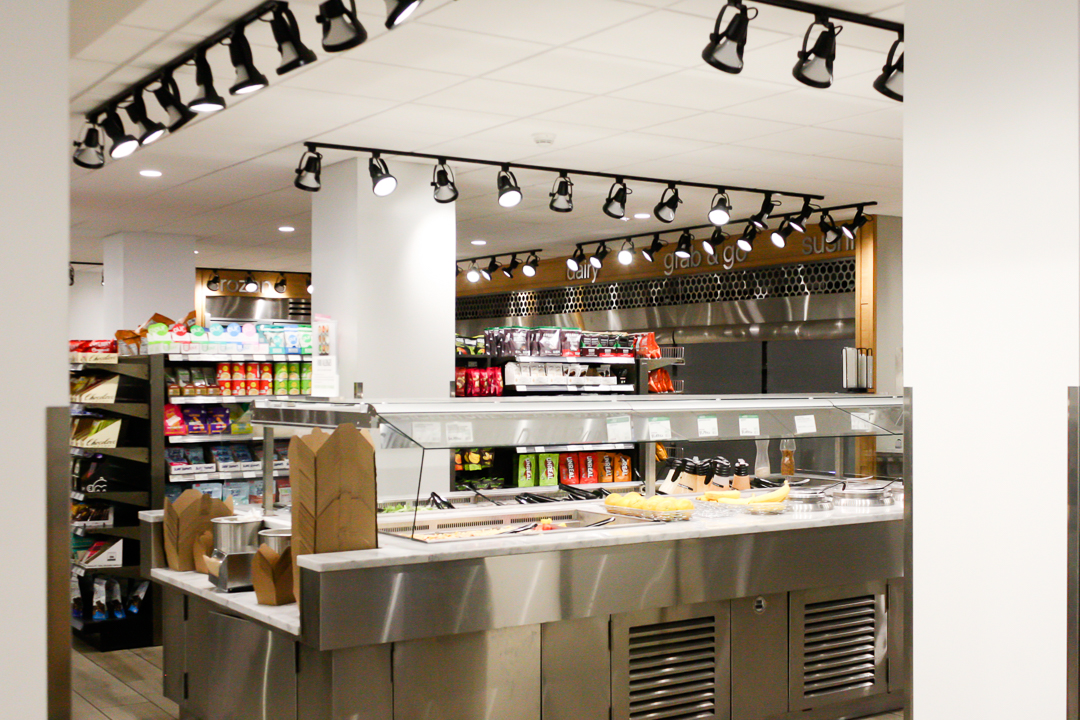 The odors that emanate from Plum Market are some of the strangest on this campus. Photo by Katerina Anderson.

Take a deep breath and savor that sweet, sweet Butler University scent. What does it smell like?

This great university of ours provides us with a plethora of unique scents for our noses to feast upon. Let’s begin with the staircases in Atherton Union. I am not quite sure why the stairs in Atherton smell the way they do, but it is certainly a scent to behold. They smell like mold and water damage have come to life, and have chosen to live under the staircase to antagonize innocent students going about their day. It is dankness personified.

Moving down the stairs in Atherton, let’s take a moment to appreciate everything that Plum Market has to offer for our noses. I personally take offense to whatever oil or grease is used in the food at Plum. I am not a chef or a food scientist, but Plum — and its food truck child — leave behind such a strong odor that leaves me feeling a bit concerned. I once walked past the area where the food truck typically parks, and I could still smell that oily, greasy and somewhat scary scent of the food that had been created there hours after the truck had left.

Ollie Sikes, a sophomore creative writing and theatre double major, described Plum Market as one of the few places on campus that has a very specific scent.

“[Plum Market] has a very distinct smell,” Sikes said. “It smells like fried chicken, which isn’t necessarily a bad thing … but sometimes it lingers.”

Sikes is not the only person who finds that Plum Market has a distinctly chicken-like smell. Sophomore psychology major Genevieve Karutz also believes this.

Culinary concerns aside, Plum still has other scents that need to be addressed. The women’s restrooms in Plum are currently going through a rough patch and are unavailable for use. Although I have not used them since sometime last semester, their smell is highly memorable; my nose seems to be unable to forget the sinful scent of that bathroom. The Plum Market women’s bathrooms smell like someone decided to paint the walls, not with paint, but instead with sweat. It smells like what I imagine the inside of someone’s sock would smell like after a very long workout session.

We cannot forget Jordan Hall when talking about scents throughout campus. As with Irwin library, the elevators in Jordan Hall are also a bit odd, both generally and in terms of scent.

“I think [for] the Jordan elevators, the vibe is off entirely,” Goettemoeller said. “I don’t think it’s just the smell. The smell is off, and the lighting and the noises and everything about it is like an uncomfortable and an out-of-body experience.”

An out-of-body experience is certainly a good way of regarding the Jordan Hall elevators. They are cardboard boxes that have come to automated life and now serve their sentences in society as elevators. I personally think of the Jordan elevators as a void; there is a loss of all sensation and time when you step inside that small rectangular elevator. When I step inside a Jordan Hall elevator, I feel like I am stepping into nothingness. Even in its nothingness, those elevators are not scentless, and that is an important distinction to make and understand. This is a particularly complex argument that may be hard to comprehend, and I understand that. Jordan Hall as a whole is not excluded from smelling a bit strange. The entirety of the building smells hauntingly of dust.

Now, let’s take a stroll across the mall to Irwin Library, which also has a variety of odd scents. Though you may not know, Irwin library does have an elevator, the stability of which is debatable. I have only used it once, and I have yet to step inside it again, so do with that information what you will. The Irwin elevator smells like a colony of moths decided to reign over it and then proceeded to die and disintegrate into dust. The dust in question remains to later be inhaled by the nostrils of poor, unsuspecting elevator-goers. The Irwin elevator is also remarkably tiny, which only increases the prevalence of such a lovely scent.

The elevator is not the only questionable aspect of Irwin, though. If you have ever taken the liberty of using an Irwin study room, then you are well aware of the smell of those rooms. Irwin Library first opened up to the public in 1963, and I believe that there has been something lurking within the library since its opening that continues to plague our noses today.

“Holcomb Gardens is interesting,” Karutz said. “Sometimes it smells nice, but sometimes it will smell weird. The other day … I saw dogs swimming in there, and I found a dead cat under the bridge once. It was actually really disgusting.”

Although I have personally never encountered such experiences, Karutz brings a very important issue to light: even the most innocent-looking places on campus are not excluded from potentially having a negative scent profile.

The fountains across campus are similarly very innocent looking, and for Goettemoeller, they smell quite unfortunate. He provided a tier-list analogy, where the fountains held a C or D list position.

“I wouldn’t say [the fountains] are my least favorite,” Goettemoeller said. “But I feel like those are definitely one of the lower points of the scent profile.”

Karutz also agreed that the fountains often smelled unfortunate. Perhaps I am nose-blind to the fountains throughout the campus because I have not had any issues with how they smell. Maybe I just need to spend more time outside, though. Sometimes the outdoor fountains do look quite unappealing, but this article is about the smells of campus, not the sights.

From the entirety of Atherton Union, to the great expanse of Holcomb Gardens, Butler University provides its students, and their respective noses, with a superfluity of unique and interesting scents. In a word, this university is quite scent-sational.