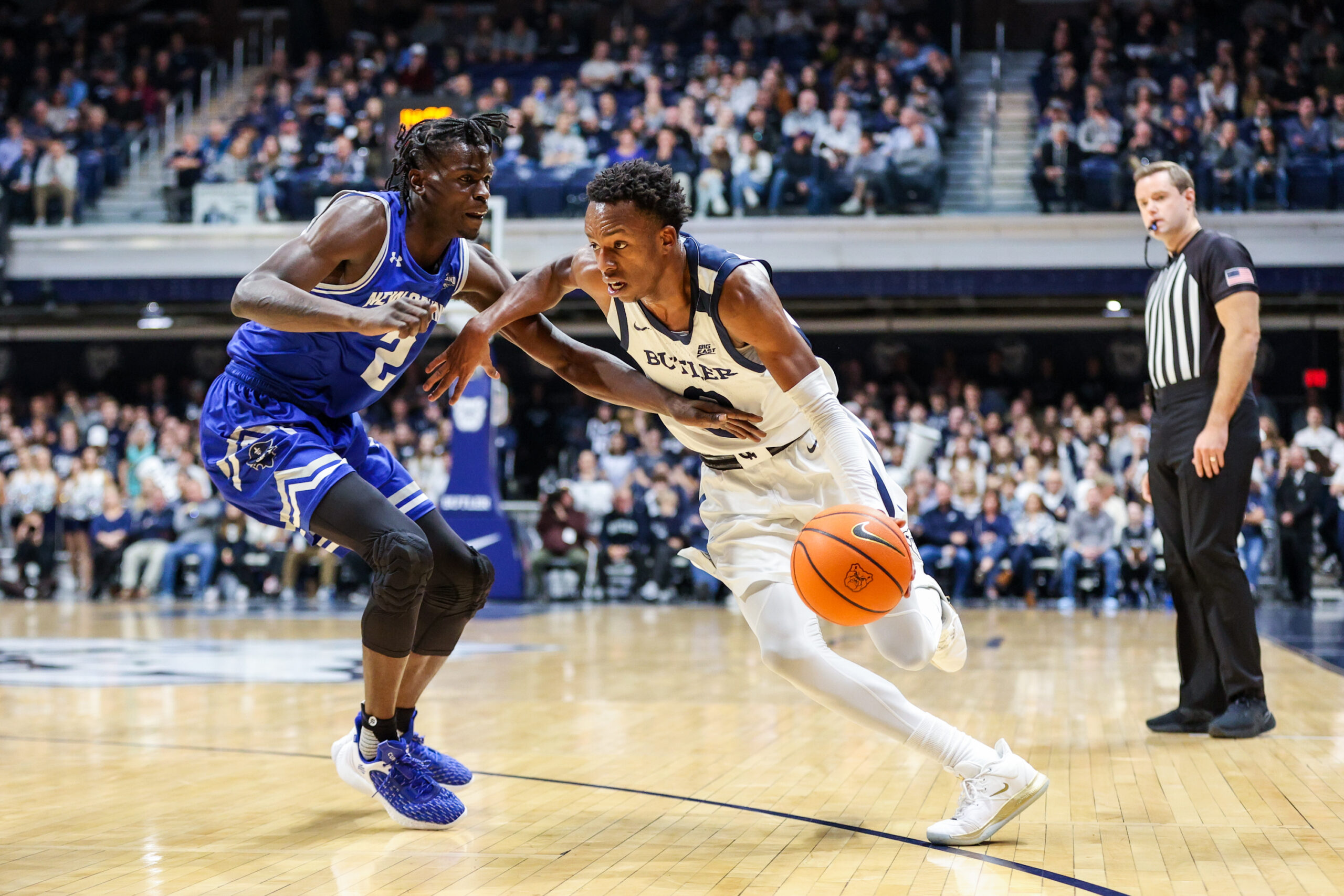 After starting off the season 1-0 with an 89-53 victory over New Orleans on Nov. 7, the Butler men’s basketball team returns to action — this time against the Penn State Nittany Lions. The matchup is a part of the annual Gavitt Tip-Off Games, a series between the Big East and Big Ten conferences that honors basketball great Dave Gavitt.

Butler is 2-2 all-time in the Gavitt Games series. Last season, the Bulldogs were on the wrong end of a lopsided 73-52 defeat against the Michigan State Spartans. A lot has changed since then for Butler — hopefully for the better — and this game seems to be much more evenly matched. Fans will get to see just how prepared head coach Thad Matta has the Dawgs for what will be their first road game and first true test of the season.

Here’s what you need to know ahead of Butler’s second regular season contest.

Who: Butler at Penn State

Sticking to the script

In Butler’s season opener, one thing was made very clear: the team plays through graduate student center Manny Bates. 25 points, 11 rebounds and three blocks tends to send that message. This, of course, does not mean players like graduate student guard Eric Hunter Jr., junior guard Chuck Harris or sophomore guard/forward Simas Lukosius cannot go get a bucket on their own. But when the Butler offense has been at its best early on, it has been through either fastbreak opportunities or playing inside out with Bates.

Against Penn State, fans should expect the Bulldogs to do exactly the same. Bates is a matchup nightmare, standing tall at 6-foot-11. Penn State simply doesn’t have anyone big enough to give him a lot of resistance down low. Junior Caleb Dorsey, the starting five for the Nittany Lions in their first two games, is only 6-foot-7 and didn’t play much his first two seasons.

The only players that really compare to Bates in size are both 6-foot-10 first-years: Demetrius Lilley and Kebba Njie. Lilley — a three-star recruit from Kobe Bryant’s high school, Lower Merion — has yet to see the floor this season. Njie — a four-star recruit from Indiana who was recruited by Butler — is a part of the rotation, averaging eight points, 4.5 rebounds and 13 minutes per game. It will be interesting to see what Penn State head coach Micah Shrewsberry does to try and slow down Bates, as lack of size and inexperience plagues matchup options.

Defending on the perimeter

While two games do not necessarily give you a lot to work with in a scouting report, one thing does already stick out for the Nittany Lions: three-point shooting. Penn State is shooting 50% from the perimeter, hitting 34 of their 68 attempts in their first two games. That ranks them eighth in Division I for three-point percentage and second and three-point field goals made.

In their season-opener versus Winthrop, Penn State hit a program-record 18 three-pointers. They would follow up that performance with 16 more three-pointers against Loyola Maryland. With their hot three-point shooting, the Nittany Lions scored 90+ in both of those games.

Not only has Penn State shot the ball well, but they have been able to do so in a balanced attack. Four of their five starters — three fifth-years and a senior — are averaging over 10 points per game, led by graduate student Jalen Pickett and his 14 points per game. Graduate transfers Camren Wynter and Andrew Funk follow with 13.5 and 12.5 points per contest, respectively. Senior Seth Lundy rounds out the starters who are scoring in double figures with 10 points per game. These four players have combined for 18 of the Nittany Lions’ 34 three-pointers, so the Bulldogs will have their work cut out for them in defending the arc.

Both Butler and Penn State will be partnering to have “Project 44 Night.” Started in 2016, the initiative was started to honor the late Andrew Smith, a former standout player on Butler’s two Final Four teams. Smith passed away in 2016 after a two-year battle with cancer, so Project 44 honors him by encouraging people to join a bone marrow registry and potentially be a match to save the life of another.

Members of the Penn State program with ties at Butler likely played a factor in creating this partnership. Shrewsberry, now the head coach at Penn State, was an assistant coach at Butler while Smith was a player. Mike Green, now the director of player development, was a standout player at Butler from 2006-08.